The Russian filmmaker who shot Elvis!

Read our exclusive interview with Aleksei German Jr., the director of Sergei Dovlatov's biopic, whom he describes as "the Elvis Presley of Russian literature"

Most people in the West have never heard of Sergei Dovlatov, the Armenian-Russian writer who never found fame in the Soviet Union before eventually leaving for New York in 1979, but after his death slowly grew to become one of the most famous of all Russian novelists. A tragic symbol of the kind of culture Russia could’ve had if it were not under the yolk of an authoritarian regime, he is the subject of a new film by Aleksei German Jr. The director has a personal investment in the material, as his father, Aleksei German Sr., found himself constantly blocked by the Soviet authorities, only making six films over his lifetime.

Coming at a critical time in contemporary Russia, whereby thousands of citizens are also leaving the country for brighter opportunities, the dramatisation of seven days in the writer’s life seems to ring with political overtones. Winning the Silver Bear for Outstanding Artistic Contribution at the 68th Berlinale, and just picked up by Netflix, Aleksei German Jr.’s latest film depicts a week in the life of the writer in Leningrad, 1971. Showing him hanging out with contemporaries such as Joseph Brodsky, the film is a muted and contemplative affair that creates an intimate portrait of the writer’s dream to be published and wish for a better life. Redmond Bacon sat down with Aleksei German Jr. during the 68th Berlinale to talk about his personal relationship to the material, the film’s political messages, and why Dovlatov isn’t as famous in the West as his contemporaries. 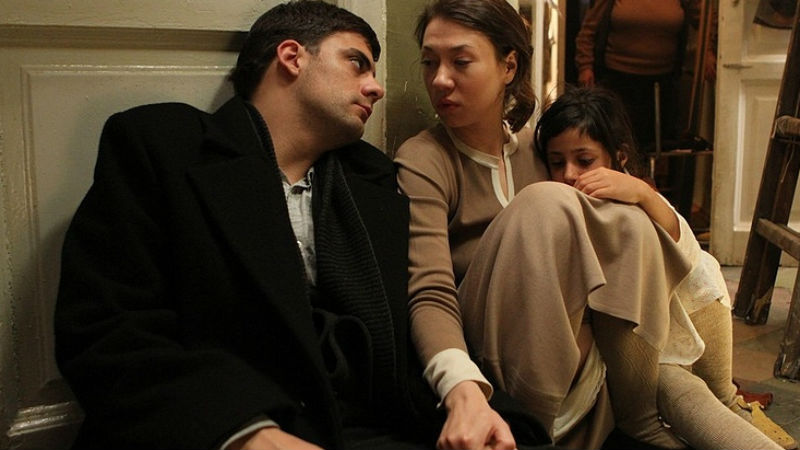 Redmond Bacon – Did you have a personal interest in the works of Sergei Dovlatov for a long time?

Aleksei German Jr – The starting point is that Dovlatov knew my father. And my grandfather helped the family of Dovlatov. We lived close to them, a distance of several kilometres, and my father had a destiny that was a bit similar to Dovlatov’s. One of his movies was banned for almost 15 years [the 1971 WW2 film Trial on the Road]. It was personal family history for me. And of course, Dovlatov is like [the] Elvis Presley of Russian literature and there were no movies made about him before. And he’s a bit of paradox. He doesn’t look like [a] writer. Half-Jewish, half-Armenian, he was different from all the people who lived in St Petersburg. He’s witty and he’s tragic and he’s sometimes funny [but] can be hurt really easily. For example, he was very popular among women, but he loved his family and his wife very deeply. He’s a big paradox in himself.

RB – Can you tell me if you had a political message with this movie?

AG Jr – I wasn’t really interested in political messages three years ago when we started the film. When I want to give a political message I’ll give it directly, for example, through an article. I wasn’t interested in the political element. I just [wanted] very sincerely to make a film about the destinies of those people and things that shouldn’t be forgotten and as a reminder for the future that these things shouldn’t happen again. It’s not a political movie for me. It’s more a personal story for me, and it just so happened the time caught up with the film.

RB – Can you tell me why you choose such a white colour scheme for your cinematography?

AG Jr – We wanted to make two feelings possible. The first one is the feeling of [the] observer, the way you would observe what is happening. And the second is creating this feeling of a not very bright era. Because the Soviet Era was not very bright, we didn’t want to enhance this colour. I hate official Russian TV series about that era. They’re very bright, very rich, the fabrics are very beautiful. That was not the truth. It was quite [a] poor time. We didn’t want it to look like the pages of [a] fashion magazine. 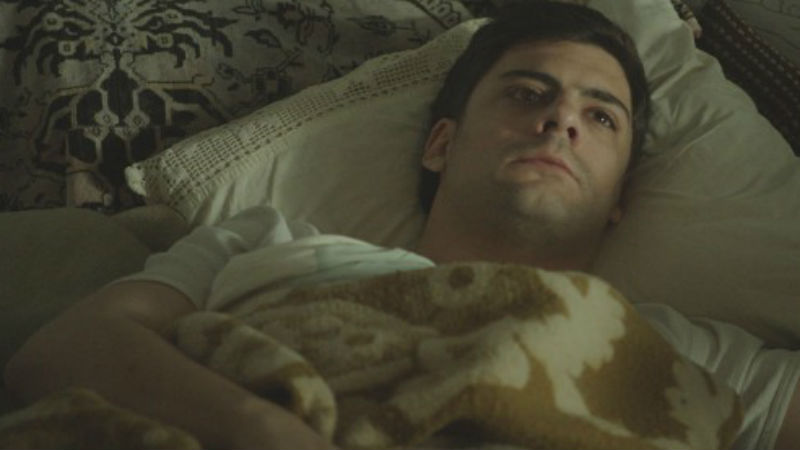 RB – When you talk about an author like Dovlatov, how do you make the movie universal and not only for specific audiences?

RB – So Dovlatov is a very accessible writer, he’s very funny and his books are quite short. But he’s not as famous as other Russian writers from the period like Pasternak or Solzhenitsyn even though those writers are arguably more difficult to read and their books are longer. So why isn’t Dovlatov as famous in the UK or the USA as these writers? 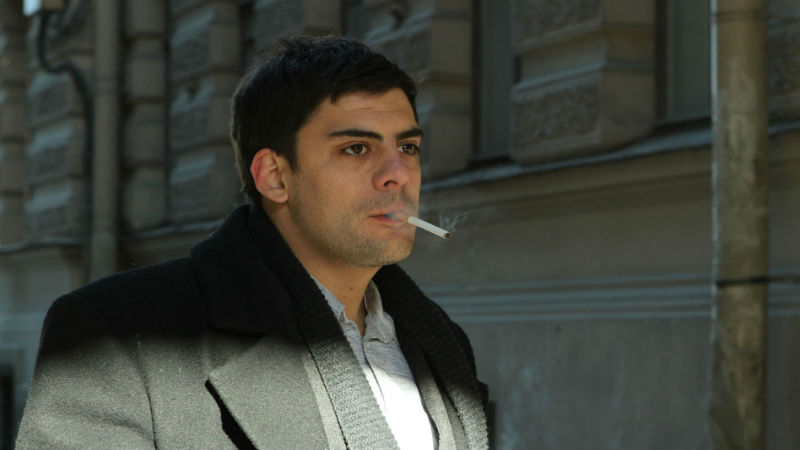 This is why we have these never-ending problems between West and East. You see what we are not, and we see what we will never become in your eyes and this is where the problem lies.

RB – Did you find something about Dovlatov you didn’t know and that surprised you?

AG Jr – We have unique material we found [during] the preparation. I found a lot of archived poems and alcoholic short stories of Brodsky for example. We even found the moment and the paper of when Brodsky first wrote down the telephone [number] of Dovlatov. We have literature and culture that’s a lot worse than came before — we found a lot of things in open access [that] wasn’t used in any books on Dovlatov. That means that the qualifications of the people who are writing these books about Dovlatov and Brodsky is getting poorer and poorer. They didn’t even use the material that is accessible.

RB – Why did poetry survive in the post-war time in Soviet Russia, when it was much less popular in other countries?

AG Jr – The duration was complicated. The war ended recently. There was a freedom when Khrushchev was in power. There was no immigration. The war with the government made the poets more united and stronger. I don’t know why we don’t have such striving poetry right now. Maybe it’s the tragic paradox that when the poetry gets worse, the country gets better.