"Dirty gem"
To Russia with loathe: the latest movie by the director of the superb Leviathan is an allegory of hateful mother Russia, and how she's sacrificing her own children - now on all major VoD platforms

Mother Russia has failed her children. It has neglected and relegated them to a life without hope and love. The latest movie by Andrey Zvyagintsev, possibly the biggest exponent in Russia cinema right now, is a bleak allegory of life in Russia. People carry on with their existences in a robotic and dehumanised fashion, without any regard for their neighbours, family and other citizens. Not even their own offspring. Yet, who’s to blame them? They are too busy searching for a purpose and a solution for their very own loveless predicament.

Zhenya (Mariana Spivak) is estranged from her husband Boris (Alexey Rozin), and they are now seeking a divorce. She’s very busy with her newly-found wealthy affair, while he is catering for his heavily pregnant new girlfriend. Their son Alexey (Matvey Novikov) feels entirely ignored, and his lack of friends and anhedonic life are obviously a reflection of the no-love and attention that he receives from his parents. The situation is remarkably similar to the Angela’s in Fassbinder’s Chinese Roulette (1976), who blames her disability on her parents ,who are too busy with their respective lovers. The difference is that the German girl creates a trap for her folks, while the Russian boy simply vanishes without leaving a trace. 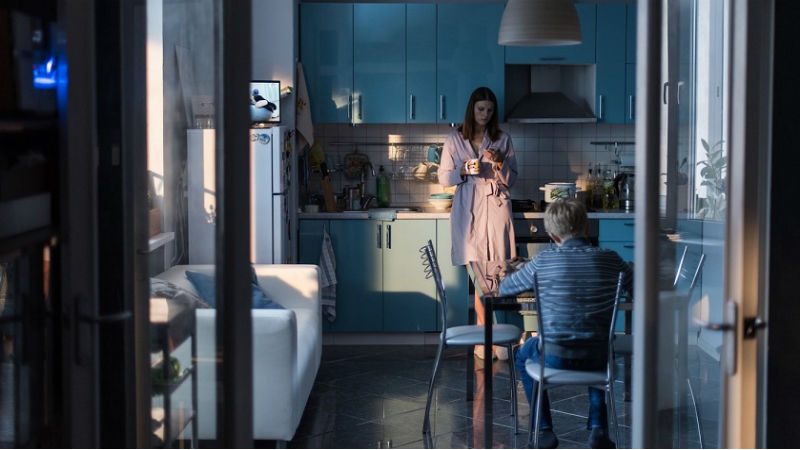 Some of the moments in the film will leave you astonished. The fear on Alexey’s face hiding behind the bathroom door while Zhenya henpecks and abuses her husband would make Edvard Munch jealous. And Zhenya’s description of motherhood and hate for her own son is shocking. She despises him for nearly cleaving her in twain at birth, and she simply cannot stand his very sight.

It is no exaggeration to claim that Loveless is a metaphor of a failed Mother Russia. Andrey Zvyagintsev has dotted the film with political reports coming from the radio, conveniently reminding viewers that our private life is an extension of the public sphere. This is a film about the failure of the traditional nuclear family, and Russia’s failure to accept such changes. Divorce can lead to joblessness. Gay marriage can… well, let’s not even go there (Zvyagintsev didn’t).

The Russian state is also collapsing. There’s talk of social apocalypse. Boris and Zhenya have to deal with a incompetent police unprepared to support them in their search for their son. The subject of failed government institutions is a recurring theme in Zvyagintsev’s films, particularly in the superb Leviathan (2014). 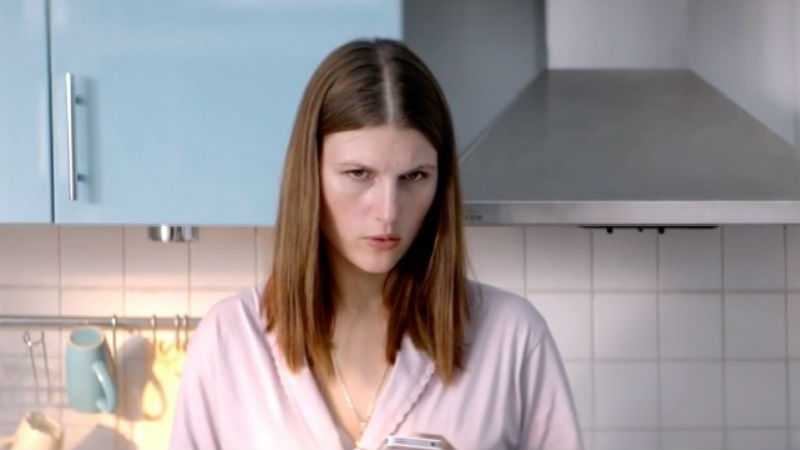 Loveless is a gripping and disturbing film, but it’s not a perfect one. It lacks the lyrical excellence of Leviathan, and it feels a little too long at 120 minutes. The second half of the film doesn’t have the emotional depth of the first half, focusing too much on the search efforts to locate Alexey. On the other hand, the ending of the film is very powerful, and it will leave a bitter taste of ambiguity in your mouth. Fassbinder ended Chinese Roulette with a gunshot, without revealing who the victim was. Zvyagintsev wraps up Loveless with a scream, but I can’t reveal what the ambiguous event is without spoiling the film. You will just have to wait a few months when the film comes to a cinema near you and see.

The movie probably deserves a higher rating, as this is a dirty film guaranteed to haunt you for a long time. The problem is that Andrey Zvyagintsev set the bar so high with Leviathan, that I felt compelled to give Loveless a lower mark. This is one of the problems with being a film genius!

Loveless showed at the last Cannes Film Festival, when this piece was originally written. It then won the BFI London Film festival in October. It is out in UK cinemas on February 9th (2018) and on all major VoD platforms in June.