"Filthy genius movie"
Russia has no time for kindness and solidarity, in this hellish portrayal of a woman in search of her incarcerated husband - now also available on VoD

This is the side of Russia Putin doesn’t want you to see. There are no monumental buildings, no glittering cathedrals, no military show-off, no glitz and glam whatsoever. Instead you will see derelict buildings, dirty roads, poverty and corruption of every conceivable type imaginable: of the establishment, of the individual and of the soul. Of the Russian soul.

A beautiful and unnamed woman (Vasilina Makovtseeva, pictured above) receives the parcel that she sent to her husband in prison, but she’s not given a reason why the item has been returned. She sets off to the prison in search for an explanation as to what’s happened to her spouse, but she just keep hitting metaphorical brick walls along her way. Along her journey she encounters pimps, hookers, crooks, villains, racketeers and swindlers. Mostly people with a rotten soul, with no sense of kindness and solidarity. They don’t smile, don’t make eye contact and they only act in their own self-interest. The police and the prison officials are the most objectionable characters, extremely rude and brutal. 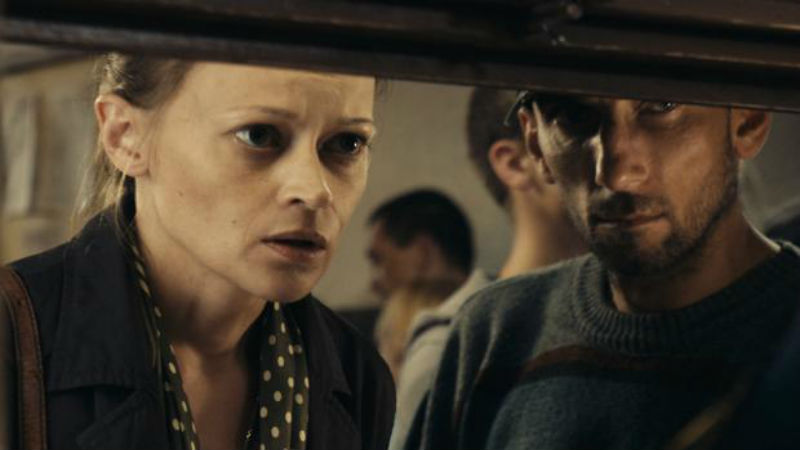 According to Dostoevsky, “the most basic, most rudimentary spiritual need of the Russian people is the need for suffering, ever-present and unquenchable, everywhere and in everything”. There’s plenty of suffering in A Gentle Creature. But he also talks of depth and compassion, and the people whom the woman meets are completely devoid of such sentiments. A Gentle Creature is about the search for kindness in a country that has no time for sentimentality; this is the collapse of the Russian soul.

The fact that the woman and her husband are never named is symbolic of a nation that has stripped its citizens from their individuality. Instead her husband is known by a very long number that’s impossible to memorise. This is very common in Russia, a country where many schools and airports have numbers instead of names, and where bureaucracy is such that citizens are forced to carry a passport even when they travel internally. The town and the region where the story take place are never named either.

In the most beautiful moment of the movie, the woman is ridden to see her husband on a bizarre police rickshaw, to the sound of the Russian song “By the Long Road” (which you may recognise in the voice of Mary Hopkins “Those Were the Days” or Dalida’s “Les Temps des Fleurs”). Will she finally find out what happened to him? Was it all just a bad dream? 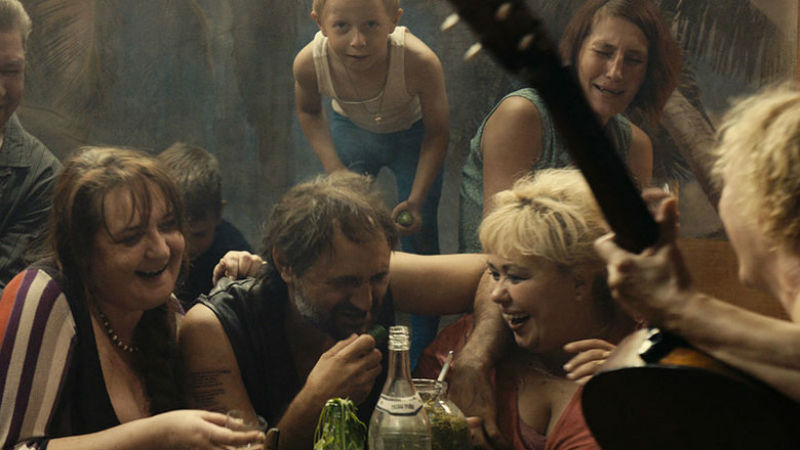 The photography of A Gentle Creature is breathtaking, in a very dirty way. There’s a misty and ethereal quality, which combined with the crumbling and yet inhabited buildings may remind you vaguely of Tarkovsky. The film wraps up with a vivid nightmare of the failure of Russia, thereby highlighting the enthusiastic complicity of its citizens in the process.

A Gentle Creature showed at the 70th Cannes International Film Festival, when this piece was originally written. It received a long ovation from critics, but there were also a few boos. I can only assume that the disapproval came from disgruntled Russians expressing their indignation regarding the negative portrayal of their country. This is indeed a very good piece of filmmaking.

It is out in UK cinemas on Friday, April 13th. It’s available on all major VoD platforms from December 3rd!