It is now November and winter is knocking at your door. For many, this is the hardest and most depressing month of the year (at least in the Northern Hemisphere). How are you going to prepare for winter? Want a suggestion? Get Driftwood on iTunes.

Driftwood haunted critics in Park City, Utah. No, it wasn’t part of Sundance; it was the winner of the Grand Jury Prize for Best Narrative Film at 2016 Slamdance Film Festival. Slamdance is an indie film fest on the West Coast of the United States. It is a film community born out of rejection; likewise the main characters in Driftwood. 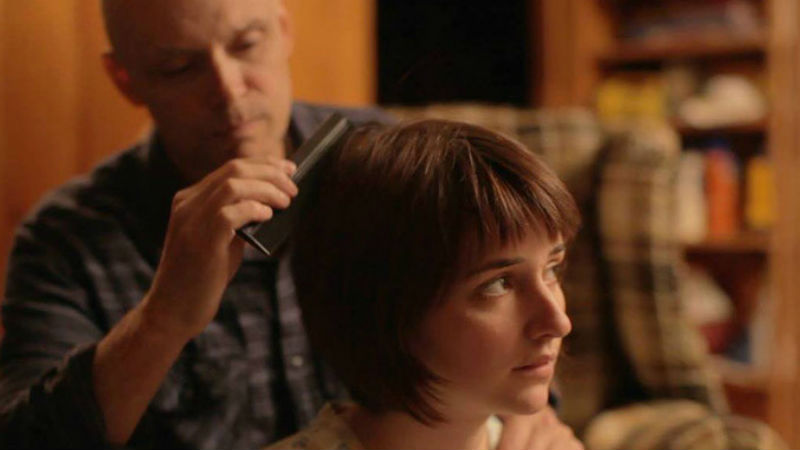 The story begins with a blurry image. An undistinguished, young woman washes ashore and is taken in by an older man. He lives in an isolated house by the beach. There is a bush by the back door. The relationship between them is strange. They seem to know each other, as she offers no resistance. There is something fatherly and patriarchal in the relationship, almost as if she was his daughter. She is passive, and there are hints that she could become passive-aggressive. He cooks a meal, and he holds her hand as they pray before eating; she struggles to manipulate the cutlery, and then she pisses while eating.

Driftwood is a full banquet with courses you have never tried. The characters do not speak. They breathe, puff, observe, react. She is disabled; she cannot even control her bladder. He is a lonely widower. The writer and director Paul Taylor explains his choices: “I wanted to create something which strays from the many dialogue-driven films of my generation”. And he succeeds. Driftwood is somewhere between Room (Lenny Abrahamson, 2015) and The Enigma of Kaspar Hauser (Werner Herzog, 1974), proposing a silent way to expose domestic violence and abuse. It also depicts the attempts to socialise “the savages”. 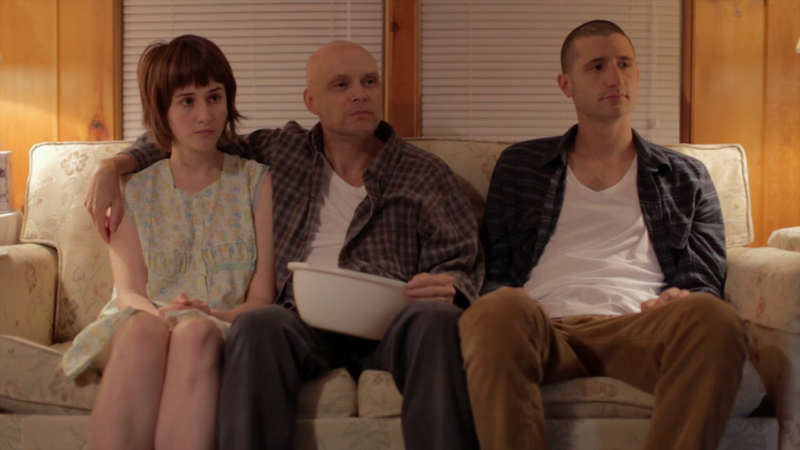 Violence is gentle. The consensual relationship feels incestuous. The beautiful photography can also be misleading. A clear sky, a sunny day, a cosy house. Things get a little bit more complicated when the man inserts a third person in the relationship. Threesomes can often disrupt a established equilibrium.

Although the title of the film refers to pieces of wood, the actors are anything but wooden. The old man (Paul C. Kelly) had worked before with Joachim Trier in Louder Than Bombs (2015), and Joslyn Jensen gives an emblematic and visceral performance. She made me think of Kate Dickie in Couple In a Hole (Tom Geens, 2016).

Watching Driftwood feels a little bit like floating. You don’t get the whole picture. You are looking at the skies, and you don’t know exactly where you are. You just go with the flow. It is never clear who those characters are and what their motives and intentions might be, and even whether they have any. Yet, these people seem very familiar.

Driftwood has now washed up on VoD, and you can view it on iTunes (US only).

The prison that liberates: Oscar-winning Brie Larson shows that a life in confinement can be freer than a life in liberty [Read More...]

Couple in a Hole

Entrancing performances plus a harrowing soundtrack by Portishead's Geoff Barrow make this British film about a couple living in isolation in the Pyrenees a hypnotic experience [Read More...]