Growing up in a rural French-Canadian village, Fiona (Fiona Gordon) clearly does not know much else apart from the life outside of her snowy hometown and work at the small library. Touched with a sumptuous vivid colour scheme and an absurdist tone of humour, Lost in Paris opens with a younger Fiona being told by her older auntie, Martha, that she is moving to the French capital. It’s only years later when her elderly aunt, now played by the late Emmanuelle Riva, is failing to live on her own, due to her health, that she is requested to join and care for her relative in one of the most beautiful cities in the world. What could possibly go wrong…?

Accompanied by a humongous red bag, with a patriotic Canadian flag amount its top, Fiona instantly gets lost in the city, the result of her aunt not being at home. Deciding to kill a few hours before returning to her cosy apartment- as seen when Fiona reads out her letter. Walking across one of the many bridges in the city that run over the Seine, she accidentally falls into the river due to the sheer weight of her bag pack. As she is collected from the river by a passing boat, married directors Dominique Abel and Fiona Gordon imbue their world with a tone similar to other contemporary filmmakers like Bruno Dumont in Slack Bay (2016). 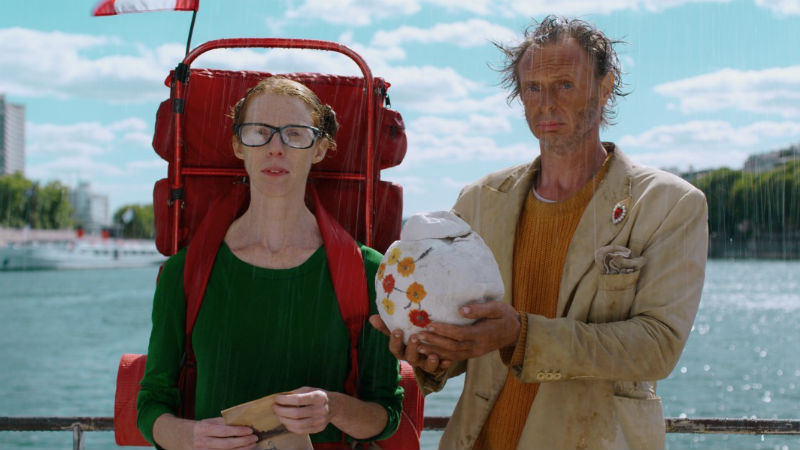 In their worlds, the strange interactions between human beings is escalated to a point of hilarity, offering an inner relation to our deepest desires. Specifically, in Gordon and Abel’s seventh feature film, Fiona and Dom, played by Abel himself, hold a resilient desire for one another. Though she later returns to the apartment with no sight of her aunt, the narrative then unfolds into her and Dom’s interactions with one another, whilst trying to find her increasingly senile aunt.

Channeling a performative quality akin to the great Jacques Tati, Dominique Abel – as the homeless Dom – uses the physicality of his facial features and body to elicit a comedic tone reminiscent of early silent cinema, perhaps aking to mimes. Similarly, in the film’s sound, crafted by Arnaud Calvar, the silent era is recalled further. The slapstick of Dom’s character occasionally feels overplayed, particularly in a scene where himself and Fiona attend a funeral to which they think is Martha’s. Still, at a consumable 82 minutes, Lost in Paris has very few moments which outstay their welcome. 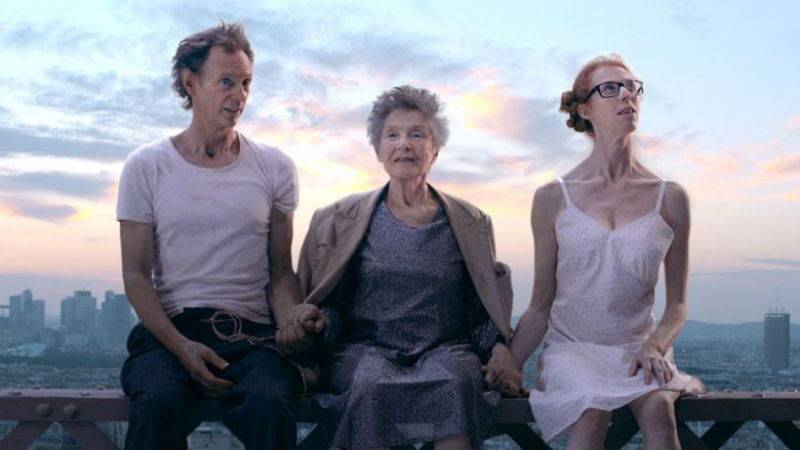 Portraying the aged aunt, it is a sheer delight to see Emmanuelle Riva perform in such an opposite manner to Michael Haneke’s Amour (2012). Always a touchstone for a theoretical exploration, Aristotle’s Theory of Comedy only serves only serves to foreground the links between tragedy and comedy. If Amour is Riva’s defining tragic role, then Adel and Gordon’s latest piece underlines one of her more lighthearted performances. Sadly, passing away this January just before her 90th birthday, the French actress is sincerely eternalised in the moving image.

Notwithstanding moments of cinematic nuances, such as self reflectively framing Dom and Fiona with a window frame, Lost in Paris is pure harmless fun that considers humanities inner need to share beautiful moments of life together.

Lost in Paris is out in selected cinemas across the UK on Friday, November 24th.

Are you classy enough? Jacques Becker's early masterpiece is a hilarious comedy challenging gender stereotypes and questioning the values of the French bourgeoisie - available in the UK for the first time [Read More...]