"Filthy genius movie"
Whining and wailing are futile! The Greek director of Dogtooth and The Lobster returns with an unforgiving tale of sacrifice, with his usual absurdist streak - finally in cinemas!

Without a shadow of a doubt, The Killing of A Sacred Deer is one of the most anticipated films of the hunting season of cinema. Curzon Artificial Eye had postponed its UK release date, only to make us salivate like a famished dog in front of a juicy bowl of food. That said, I will do my best to write a review without offering you any spoiler. If you are into zoology, then you are in for a treat. There is no shortage of animals in the world of the Greek filmmaker, who also made Dogtooth (2009) and The Lobster (2015). The Killing of A Sacred Deer is even wilder than his previous films. In case you have never watched his films, you might want to take a tranquiliser before heading to the cinema.

Lanthimos cast Colin Farrell in the main role again (after Lobster). The Irish actor looks comfortable in his absurdist universe. This time he is a successful cardiac surgeon called Stephen Murphy, happily married to Anna (Nicole Kidman), also a doctor. They have two children and balance their working life with their parental duties quite well. Both kids have tasks at home: the girl walks the dog and the boy waters the plants. 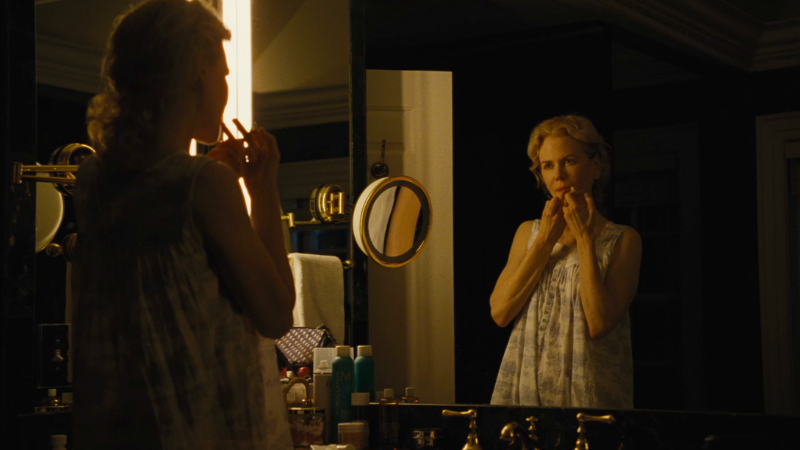 Farrell has a secret friend, a 16-year-old boy. They meet very often at popular diner, located at Sickamore Street. (The name of the street is not gratuitous, there’s an onomatopoeic value central to the plot). But it is not clear what is this relation all about. Farrell is neither gay nor into young lovers, it seems. On one of these occasions, the teen foresees a tragic sequence of events in Farrell’s family. The boy says that Farrell’s children and wife will die one by one.

This is pretty much what I can tell without ruining your desire to watch the film. I can also suggest that you read a classic Greek tragedy such as Iphigenia (which is mentioned in the movie). The Killing of a Sacred Deer is nothing but a staging of a Greek sacrifice. In Ancient Greece, sacrifice meant killing a domestic animal and offering part of it to the gods, while eating the rest yourself. The Greeks hunted and killed animals for sacrificial purposes, including deer, fish and goats. The problem was that people felt uncomfortable and guilty about killing animals which they reared themselves. 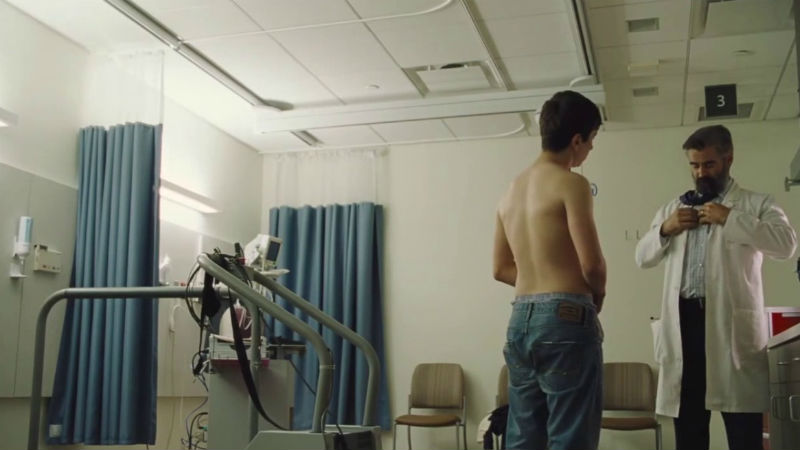 There’s a lot of eating in the film. And guilt and denial too. At one point, Kidman asks Farrell how he is able to enjoy a meal while his kids are sick. Farrell is not a bad father. He tries hard to avoid the tragedy, but that works out just like in the Greek myths. The harder he tries to avoid his fate, the closer he sees it coming.

Although the feature is disturbing as hell, Lanthimos keep reminding us that this is just fiction. Actors are quite distant and even robotic, in good Brechtian style. Lathimos’s style relies on the audience’s reflective detachment rather than emotional involvement. The detachment technique is particularly evident when the daughter sings at the choir, another element of the Greek plays. Music does not cause audience to the daughter; on the contrary, it pushes the audience away from the characters. This is a very dirty and subversive movie.

The Killing of A Sacred Deer is showing at the BFI London Film Festival taking place between October 5th and 15th, and a week later at the Cambridge Film Festival. Theatrical release date is on Friday, November 3rd.