"Filthy genius movie"
Dance me to the end of war: lyrical and surreal anti-war movie deals with the relationship between a grieving father and his son serving in the Israeli Army - film won the Silver Lion in Venice last month and it's now in the BFI London Film Festival

Get ready for a feast for the eyes. A visual orgasm conceived by DOP Giora Bejach. The creativity shows in every single frame, with a variety of angles, lighting and textures. Foxtrot is both a beautiful film and a piece of art. In fact, the sales company The Match Factory is marketing it as an arthouse piece. The company’s portfolio already includes dirty gems such as Waltz with Bashir (Ari Folman, 2008), Hannah Arendt (Margarethe von Trotta, 2012) and The Second Mother (Anna Muylaert, 2015). Foxtrot is a welcome addition, and it’s certain to help the company to conquer foreign markets.

This Israeli movie is a visual ballet divided in three acts: Michael Feldman (Lior Ashkenazi) is informed that his son Jonathan (Yonatan Sharay), a conscript in the Israeli Army, has died; Jonathan’s days of military service in the Israeli Defense Forces, and; a long conversation between Michael and Jonathan’s mother, Dafna (Sarah Adler). Each act has a distinctive touch, and all three are strangely pleasant to watch. 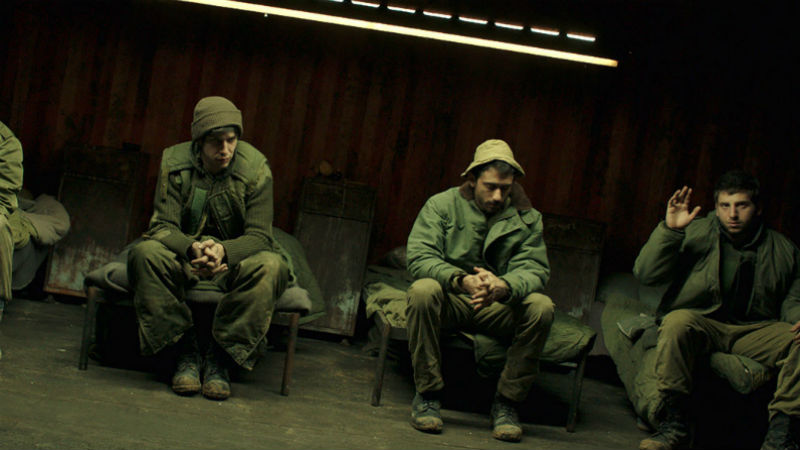 The art direction is impeccable, often resembling cartoons. In fact, it turns out that Jonathan is a cartoon artist, and he spends most of his time making drawings while in the line of duty. The music score also helps to engage audiences from the beginning to the very end.

The relationship between the drawings and reality help to tie the narrative together. Michael’s experiences look like they have been taken out of his son’s drawings. And vice-versa. This is a deft device representing the bond between father and son. The two men are very far from each other, yet they are connected through their longing as well as the film’s cinematography. The revelation of Jonathan’s death and Michael’s decision to “dance” through his new reality are the central pillars of the movie.

A sequence to the sound of Gustaf Mahler’s Adagietto is one of the highlights of the movie – is this perhaps a tribute to Luchino Visconti, who famously used the song in his 1971 classic Death in Venice? Oh, and be prepared for a very unexpected twist, which intentionally renders the movie ambiguous and surreal. 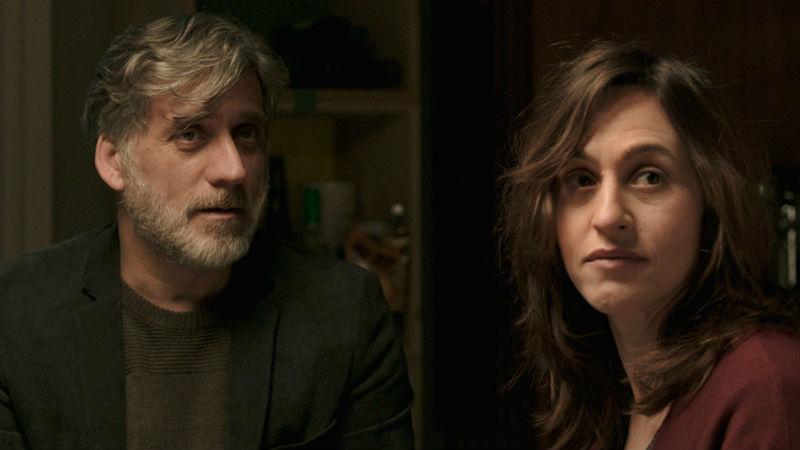 The fact that the Feldmans are atheist is not irrelevant – the director explores a different facet of Israel, detached from the Jewish establishment. This is also a fiercely anti-war movie, about the catastrophic consequences of army duty for those who have no choice but to enlist (military service is compulsory in Israel). This is a mind-blowing film, likely to become both critically acclaimed and commercially profitable.

Foxtrot was the grand jury runner-up at the 74th Venice International Film Festival in September 2017, when this piece was originally written. The filmmaker had previously won the Golden Lion for Best Picture (the Festival’s top prize) eight years ago with Lebanon. It’s out in cinemas across the UK on Friday, March 1st (2019)