"Dirty gem"
The life of Syrians refugees in Lebanon isn't savoury at all, but dry and chalky instead; our writer Art Haxhijakupi, once a war refugee himself, writes about the film opening the Open City Docs Fest in London

More than one million Syrian refugees live in Lebanon. Some estimates are as high as 1.5 million, and the country currently holds the highest refugee per capita rate in the world. Many of them work as builders, never leaving the construction sites. Taste of Cement portrays the sad and hurtful reality of these men as they erect a new skyscraper in Beirut, the country’s capital. In the unbearably hot weather, the constant construction noises aren’t just an annoying buzz: it evoke the sounds and traumatic memories of war, bombing and ruins.

Director Ziad Kalthoum revisits the dark experiences of the never-ending Syrian disaster through the portrayal of builders in exile. This film is visually compelling and tremendously poetic. It essays the barbaric conditions of Syrian workers in exile who survived tragic collapses of their houses and their cities but soon after found themselves working and living in yet another hellhole. 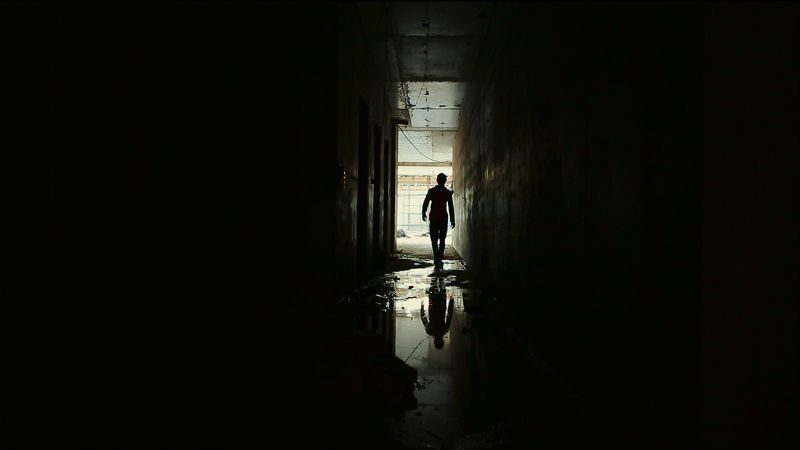 In their dark miserable cemented habitats somewhere in Beirut, a newsman or journalist on a small TV screen reports that racism towards Syrian refugees is spreading in Middle Eastern country. Sadly this isn’t a phenomenon confined to Lebanon: the media rhetoric regarding Syrian refugees isn’t particularly positive in countries such as the UK and the US. Research published last year points out that amongst others, the rightwing press in the UK endorses an ongoing anti-refugee approach.

The contrast between the present and past is seen in eyes, the skin and the soul of the workers who are never able to escape what they saw and what they still see. Their dreams of the past are gone, and the future ahead doesn’t look bright. The taste of cement from the destruction left behind as well as from the cement found in exile is well and alive in their collective memory. “Cement eats your skin, not just your soul”, the commentator’s voice cries, as they never stop working.

The situation in Syria is becoming increasingly hopeless, and Taste of Cement challenges the notion that “home is not where the heart is”. Home is nowhere to these refugees because their hearts have been destroyed along with everything else. Have modern societies become heartless and merciless, or have always been this way? 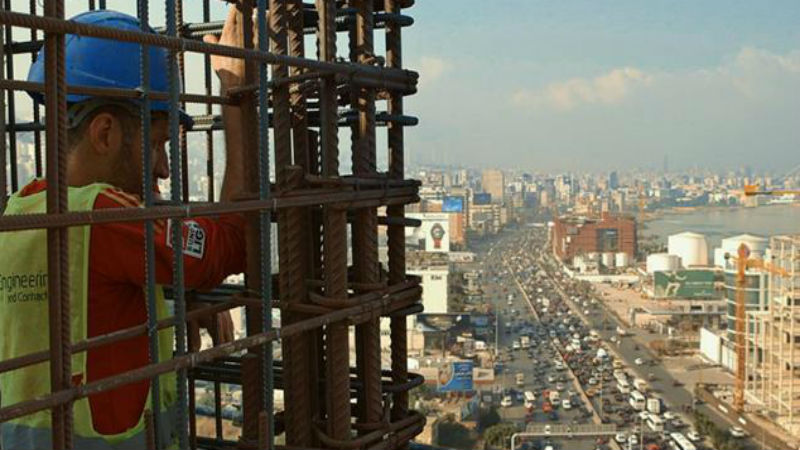 Taste of Cement is an 85-minute-long mournful and mostly silent journey. It is a raw documentary forging intimacy between the subject and space. The film is very thought-provoking piece. These people, like many buildings, are wrecked inside and even sleeping can be a painful and difficult task. Several moments are very disturbing to watch, and sordid reminder of what it’s like to be stuck in a warzone or a non-white refugee in the 21st century.

The imagery is the most striking element of the film, and a heartfelt powerful commentary about the past and the memoirs of a destroyed homeland (the filmmaker Ziad Kalthoum is a Syrian refugee himself). Taste of Cement is a poem without rhymes, a strict rhythm and structure. Ultimately, this is a film about “freedom” in captivity, the difficulties of detaching yourself from a stigma, and the pains of being a refugees in a world that rejects you. It raises a lot of questions about our complicity as viewers.

Taste of Cement is showing on September 5th at the opening of the Open City Documentary Film Festival in London.

The author of this piece Art Haxhijakupi experienced the 1999 Kosovo War as a child. He immigrated to Western Europe as a war refugee.