"Dirty gem"
Documenting the documentarists: Matthew Heineman's latest film follows a group of extremely brave citizen-turned-journalists named “Raqqa is Being Slaughtered Silently” in the Syrian War - in cinemas this week

A[/dropcap/s often is the case when it comes to documenting wars and conflicts around the world, the reality is sometimes far more shocking than any documentarian is able convey. Violent images from the forefront of Isil’s devastating hold over the city of Raqqa in Syria are replayed to audiences around the world, daily. From public beheadings and executions at gunpoint to the reckless destruction of ancient artifacts, no one could have ever imagined that the people of one of the most ancient countries in the Middle East would suffer this greatly at the hands of a small yet determined groups of fanatics.

In City Of Ghosts, Academy Award winning director Matthew Heineman (Cartel Land, 2015), takes on the plight of a group of men fighting to have the cries of their once great city heard. In this shocking yet essential movie, Heineman follows the journey of the members of a group calling themselves “Raqqa is Being Slaughtered Silently”. This small coalition of anonymous-activists-turned-citizen-journalists managed to put themselves in the firing line by bravely exposing the barbarism of Islamic State. With intel from inside the occupied city, the men managed to run a website documenting what took place after a vacuum of power resulted in the occupation of Raqqa by Isil for years. 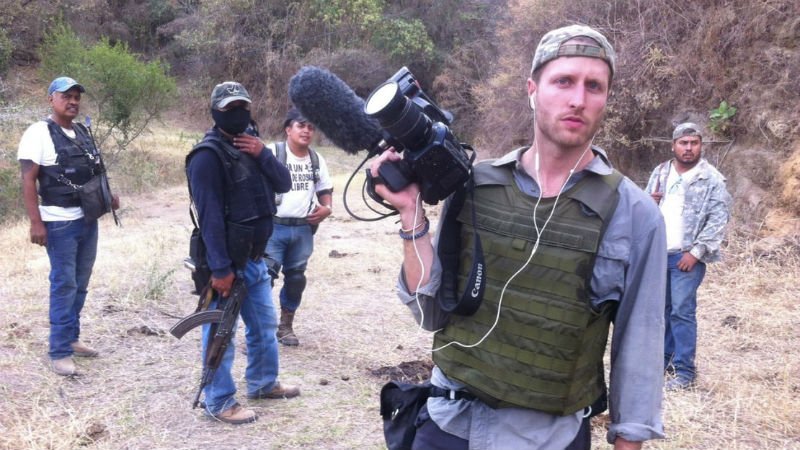 Offered incredible access to the men and, in some cases, their own family members, Heineman deftly allows his subjects to tell their own stories without injecting himself too much into their narrative. Stories of violence and murder coming out of the city are neither sanitised nor fetishised by the director. Using Isil’s own footage found online, the director allows his subjects to talk about the unimaginable ordeal they went through since the moment they started speaking out against their invaders.

From Aziz, co-founder and spokesman, who says he only got the job because his “english doesn’t suck too much”, to Hamoud who was once active in the early days of the Syrian revolution, the men speak of their frustration of seeing their own Arab Spring hijacked by a group of opportunists. Former Law School student Hassan, talks of the early days of the revolutionary movement which turned into a nightmare for him and his friends. While teacher turned reporter Mohamad found himself fleeing Raqqa when it became clear that he could no longer guarantee his own safety. 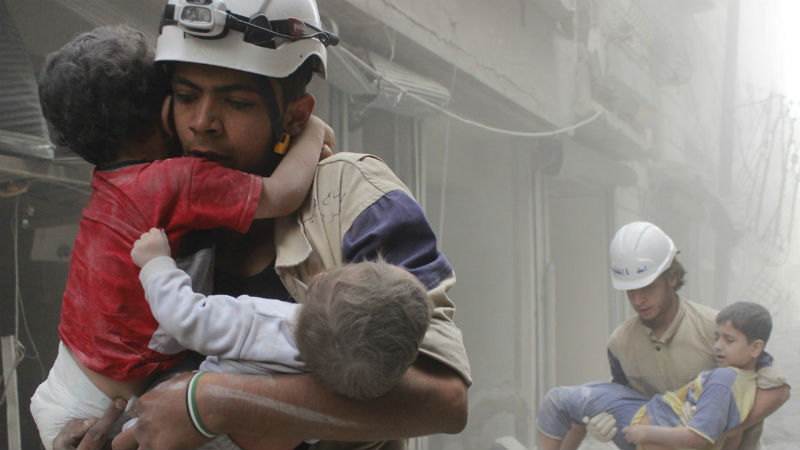 With a timely release after the liberation of Mosul last week, City Of Ghosts is likely to ignite interest in the stories behind the barbaric face of a rogue state which went on to destroy the lives of anyone that dared oppose it. As Heineman follows his subjects to Germany where they speak of their love for their homeland and the mixed reception they have had since moving to Europe, questions about what the future holds remain unanswered. Allowing those without a voice to put across their stories, will no doubt gain Heineman more accolades, but for all intents and purposes, it is his subjects who deserve every award and accolade just by remaining true to their mission to report the truth.

City of Ghosts is out in cinemas across the UK on Friday, July 21st.

Click here for our review of the equally jarring and powerful Insyriated (Philippe van Leeuw), which is out in UK cinemas in September.

Linda Marric is a freelance film journalist and interviewer. She has written extensively about film over the last decade. After graduating with a degree in Film Studies from King’s College Londo...