"Greasy movie"
The unbearable darkness of being at war: Jason P' Howe's unflinching desire to capture the grotesqueness of war with his camera is the subject of this highly provocative doc - out on DVD, Blu-ray and VoD

Matthew Heineman’s recent release City of Ghosts offers a definitive insight into the so called Islamic State and their violent propagandist media regime in the Middle East, which has recently infiltrated British shores. Like Heineman’s film, A Good Day to Die, Hoka Hey explores the media’s relationship towards capturing war in its stark and destructive reality. Focusing specifically on the career of British photojournalist Jason P. Howe, Harold Monfils’s second feature does not dwell upon the politics of conflicts in Columbia or Afghanistan but instead shifts its efforts towards examining Howe’s constant desire to capture humanity in its most grotesque manner. Akin to Marlowe’s literary Doctor Faustus, the photographer’s passions lead him on a downward spiral into personal problems and spiritual discontent. Notably, the film elicits that the horrors of war will corrode the purest and most ardent passions.

Opening with hand held footage of Howe on patrol with British servicemen in Afghanistan, Monfils’s documentary throws the audience straight into the deep end. As the soldiers and Howe wonder through fields, tension within the frame is created through the claustrophobic and obscured shots of their surroundings; beyond the trees the Taliban could lay. Disaster strikes in the form of a soldier stepping on a concealed IED (improvised explosive device) warhead. Howe somehow manages to capture to the whole sequence in a clarity that is a stark juxtaposition to the surrounding world of ‘fake news’ and the POTUS’s bizarre “convfefe” tweet. 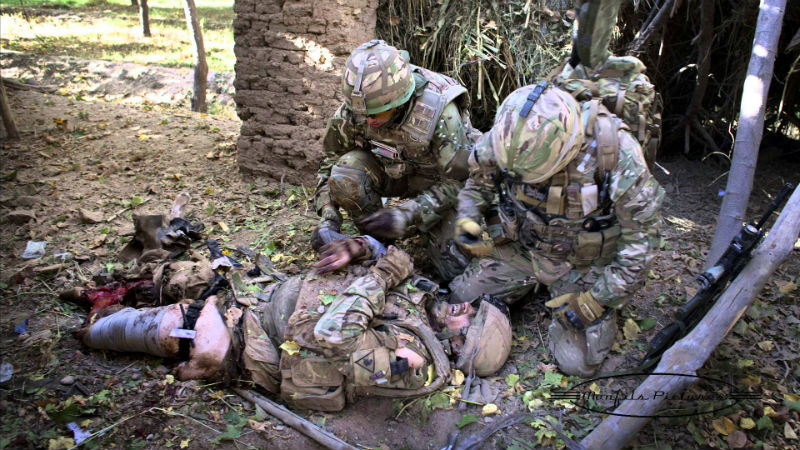 After this short prelude, the story of Howe’s rise in photo journalism unfolds. Simultaneously using film footage and his photographs inside the frame unearths the close connection between the two media. Further, merging the two arts together proves for an intellectual point of reference and discussion in a film so centred upon the banality of humanities destructive qualities. Spliced with Harvey Morpheus’s cinematography, utilising the talking head interviews of fellow photographers like Tim Page, Roger Arnold and Hector Emanuel gives a deeper insight into the psyche and nature of Howe.

Gaining his experience in Colombia during the governments conflict against the Farc (Revolutionary Armed Forces of Colombia), Howe was blooded into photo journalism through sheer impulsive desire to great provocative photos, which honestly reflected such atrocious to life. Evidently, during his time in Colombia, he became romantically attached to a Farc assassin. 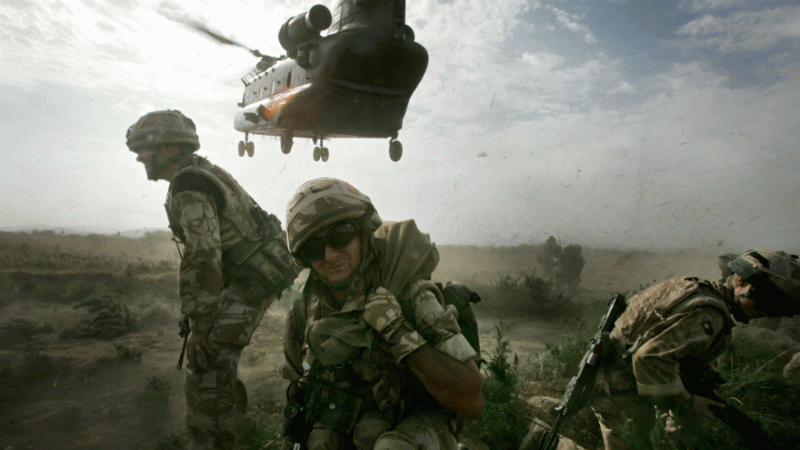 Reflecting a more fictional element to his career, such a narrative element pulls the film out of focus from the true essence of the film; unyielding photography. As Howe’s career progresses, it becomes apparent that shooting conflicts have consumed his life. Leading to ramifications that would prove to spoil the story, his personal struggles in dealing with war are those akin to a soldier.

At a tight one hour and a half, A Good Day to Die, Hoka Hey interrogates the repercussions of authentic media coverage upon an individual. Howe’s haunting images linger in one’s mind long after the final scene. Unlike the suspenseful quality of another war film out in theatres right now, Dunkirk (Christopher Nolan), Harold Monfils’s film sincerely reflects his ambition to create a piece which portrays ‘the damage that happens to the soul when one is exposed to the horrors of war on the front line for 12 years’.