"Filthy genius movie"
It's only Mick Rock but I like it!!! Legendary photographer "who shot the 1970s" captures the very essence of rock'n roll in a career spanning nearly four decades - in equally impressive doc out now on YouTube

Rock music can intoxicate your soul and give you a dirtylicious hangover. It has psychedelic qualities, and it will have a permanent effect on your nervous system. A positive one, of course. It will release a dormant feeling of liberation as well as a deeply-seated sense of creativity. Listening to rock is a ritual, a ceremony, and the process will cleanse your heart. But rock isn’t a purely auditory experience: images are an integral part of the it. Thankfully Mick Rock has been here for 35 years, making sure that such images are no inferior to the songs and the artists that they illustrate.

The doc SHOT! The Psycho-Spiritual Mantra of Rock provides a very intimate portrait of the London-born and New-York based rock photographer Mick Rock, who is often referred to as “The Man Who Shot the 1970s”. Rock’s surname is of course the ultimate example of nominative determinism – particularly given that this is his actual birth name. Rock has shot more than 100 album covers, including some of the most emblematic in history (think Lou Reed’s Transformer and David Bowie’s Space Oddity, and that’s just the very tip of the iceberg). He has snapped iconic photos of Iggy Pop, Queen, the Sex Pistols, The Ramones, Blondie, Rocky Horror Picture Show and much, much more. 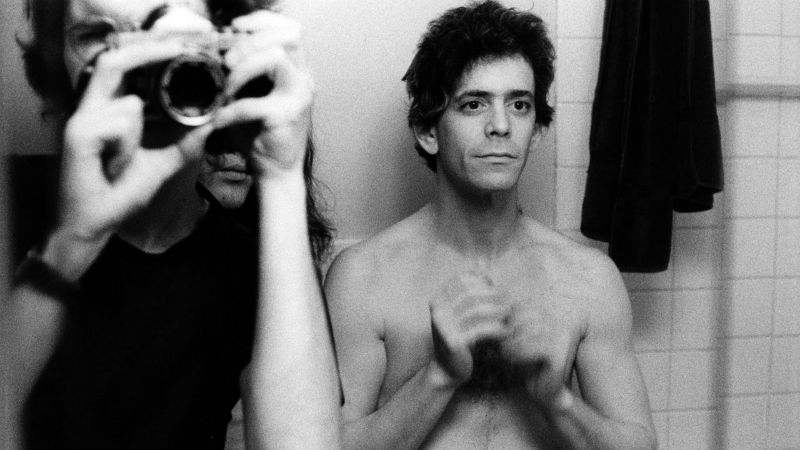 There’s a touch of spirituality that gives Mick Rock’s images an ethereal feel. He perceives rock’n roll as some sort of mantra and describes its effects as a “psychedelic inebriation”. He believes that such music can open your “third eye”. And Mick’s fully immersed in his work: he’s not an outsider, a voyeur, an observer. He mingles and travels with his subjects (in both the connotative and denotative sense of the “travel”). He’s deeply sewn into the very fabric of rock’n roll. Or as he puts it himself: he’s like a “vampire” or a “dog” who bites and does not let go. Yes, I wanna be your dog!

Documentarist Barnaby Clay succeeds to capture not just the divine and metaphysical qualities of Mick Rock’s work, but also a huge contradiction wherein. How do you reconcile soul-cleansing with a cocktail of highly addictive and dangerous drugs? This paradox is epitomised in Mick Rock’s confession that at one point he simultaneously did copious amounts of coke and yoga three times a week. He even snapped the drugs he took: beautiful rocks of cocaine appear routinely in his picture portfolio. The chemicals were instrumental in Mick Rock’s life, both for developing his photographs and for keeping his body and his mind in motion. 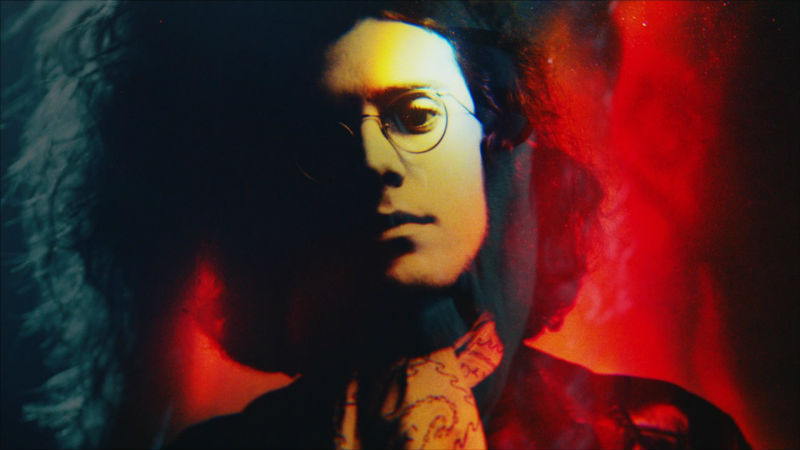 The movie is dotted with very interesting anecdotes, including conversations with Iggy Pop, the late Lou Reed and the late David Bowie. The latter noted: “the artist never existed”, and that’s why mick’s role is ever so important: “he captures a supernatural deity”. The photographer here clenches the duality of the artist: does he exist or not? Is this real or not? Mick Rock raises pertinent questions about existence, mortality, artistry and divinity.

Some of the covers created by Mick Rock found inspiration in the most unlikely sources, some of which in cinema. The Talking Heads have a strange connection with the Children of the Damned (Anton Leader, 1964), Debbie Harry is Marilyn Monroe, while Elvis Presley is… well, I won’t spoil this one for you. Just go watch the film instead!

Special praise must go to the recreation of a near death-experience – lived by Mick Rock and devised by the filmmaker Barnaby Clay. Highly saturated images blend with photographic negatives in a kaleidoscopic fashion, all with a grainy, 1980s feel. Since the scary and yet enlightening episode (a nasty incident with cocaine and heart bypass surgery), Mick Rock has gone mostly clean.

SHOT! The Psycho-Spiritual Mantra of Rock was out in cinemas across the UK on Friday, July 21. It is now available on YouTube.

One thought on “SHOT! The Psycho-Spiritual Mantra of Rock”