The Boy And The Beast (Bakemono no ko)

"Dirty gem"
A tale of two worlds: a young boy is abducted into the parallel Beast Kingdom in order to be apprenticed by their future ruler, then as a teenager becomes torn between the two societies - finally on DVD and Blu-ray

Nine-year-old Ren runs away from his mother and is promptly abducted by a creature named Kumatetsu into the parallel Beast Kingdom of Jutengai. Kumatetsu is the outsider of two possible candidates to succeed the retiring ruler of the beastly world. Renaming the silent boy Kyuta, he designates him apprentice and teaches him fighting skills. The relationship is strained and as the boy learns from his master, so too his master inadvertently learns life skills from his pupil. This is how it all begins in The Boy and the Beast.

Where Kumatetsu lacks in self-confidence, the boy encourages him in competitive battles with the rival candidate for ruler and popular favourite Iozen. Returning to our world as a much taller teenager, Ren meets school bullying victim Kaeda, bonding with her and sharing her appetite for human learning and knowledge. After this initial return, he continually moves between the two worlds in order to maintain his obligations in both. Meanwhile in Jutengai, Kumatetsu and Iozen’s rivalry for the position of grand master builds to a decisive climax… 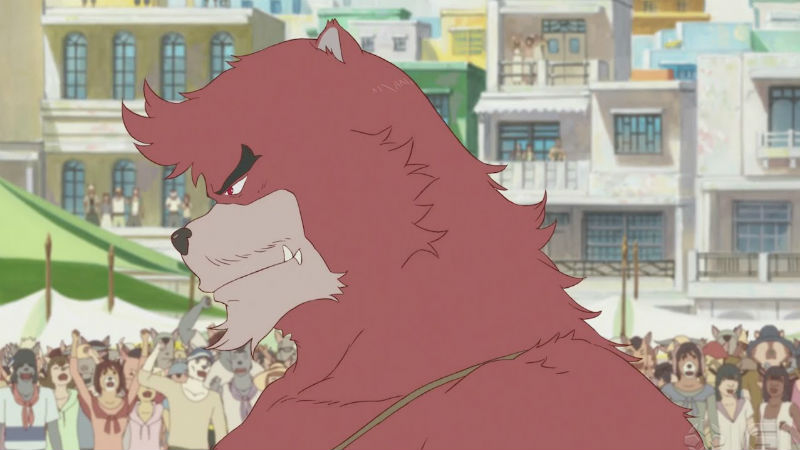 It’s actually a lot more convoluted than that with a supplementary cast of further, minor characters. Nevertheless the narrative is coherent and even at two hours in length The Boy And The Beast rattles along at a good pace without overstaying its welcome. If the first 40 minutes play like a children’s film, the remainder of its running time sees the film’s sensibilities mature as the boy grows into a teenager. Beneath its ostensibly silly, juvenile plot it actually covers plenty of interesting topics – the interrelation and conflict between two very different cultures, issues of parenting and child dependency, confronting school bullies, teenage male angst and more.

Parts of the Japanese animation resemble some of that medium’s cheap formulaic clichés – two creatures charging each other and turning into larger, monstrous versions of themselves, for example – while other parts achieve far greater originality. One minute it feels like a martial arts movie, the next like a father and son drama and then a complex map of political intrigues. It’s all thoroughly impressive, certainly keeps the viewer on their toes and hangs together surprisingly well. 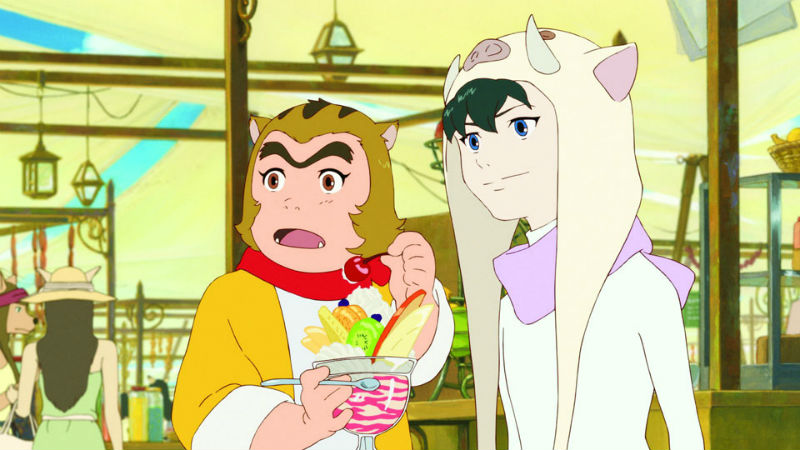 Some of the material is quite dark: humans grow holes in the centre of their physical bodies in the Beast Kingdom which function as a metaphor for their moral disintegration, a boy advances violently towards a defenceless girl in a school playground and, in the final reel, a villain dismisses an insignificant human book about a whale (Moby-Dick) prior to transforming into a terrifying, psychic version of its eponymous monster.

The present day, human world of Shibuya (a district of Tokyo) and its parallel Beast counterpart are lovingly designed and the whole thing is consistently beautiful to look at. At the film’s core though is the growing child and his relationship with his non-human master, a beautifully handled scenario which grabs the viewer from the get go. It’s due out on UK home cinema platforms in September but worth catching on its big screen outing in the meantime. A bit of a treat.

The Boy And The Beast was out in cinemas across the UK on July 7th, when this piece was originally published. It’s out on DVD and Blu-ray on September 4th.