The female experience of pregnancy in film is something not known for its jovial depictions. Simply viewing Rosemary’s Baby (Roman Polanski, 1968) one can see that child bearing is a painful endeavour, regardless of whether it’s the Devil’s child or not. Akin to Polanski’s film, Alice Lowe’s directorial and writing debut uses the horror genre as a vice to explore femininity and isolation. Unlike numerous egotistical star driven directorial debuts, Prevenge is a strange concoction of the slasher horror and comedy – making for a truly original recipe of British independent filmmaking.

Notably Lowe’s breakout performance came in Ben Wheatley’s Sightseers (2012) and her comic chops are again discovered in her debut. Yet, behind this comedic veneer, the film revels in its sadistic presentations of gore. Although not overt in its comedic tone, the film and Lowe’s performance are highly deadpan. Comparable to the films of Wheatley, Lowe’s debut is chilling and ruthless in its execution (no pun intended).

Opening in a reptile shop filled with spiders, lizards and centipedes, the diegetic sounds of animals reflect the twisted mind of the protagonist Ruth, alongside her womb’s cries for blood. Requested by her omnipotent womb, she mercilessly kills the pervy shop owner Mr. Zabek. 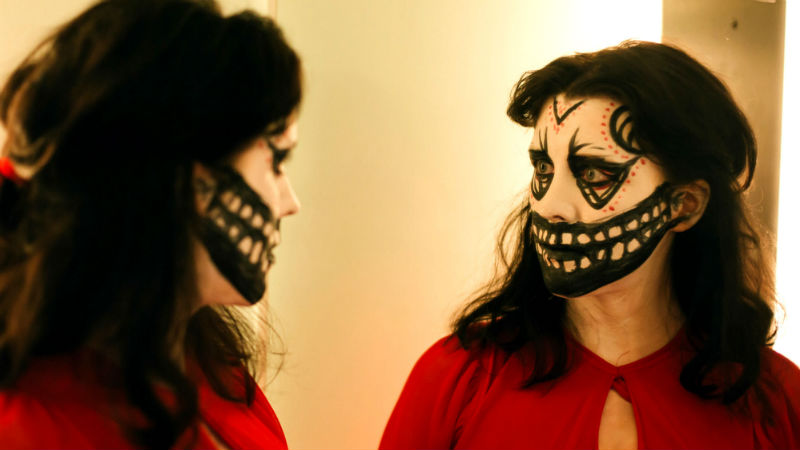 Continuing her spree at a 1970s disco, Ruth, like a black widow, seduces the misogynist DJ – ultimately leading to his glorious and hilarious emasculating death. As the kill list mounts and Ruth seeks further targets, its becomes clear that her unborn child’s calls for blood are related to an incident involving her partner. Spliced between these murders, Ruth regularly visits her midwife who instructs her that nature has taken over her body and she is powerless to the powers of the baby. Unbeknownst to this figure of governance, the faetus has polluted the mind of its mother.

Alongside the stunningly grotesque murders, the electronic score elevates the visceral and mesmeric quality of the film’s atmosphere. Pablo Clements, James Griffith and Toydrum’s synth based score adds a nuanced layer to the psychopathic tendencies of Ruth and her malevolent womb. Clearly referencing the music of the Goblins and their association with giallo auteur Dario Argento, the dark and melodic sounds, as any well-constructed horror genre piece should, are a vital competent to the film’s success. Audiences who share an interest with electronic music as myself will see similarities between this score and the melancholic sounds of techno Berlin based DJs as Ame, Steffi and DVS1.

Lowe’s straight-faced performance is all the more impressive when considering the actor was seven months pregnant when filming the role. Her ability to create awkwardness in a scene lends itself well to her script-writing. Though some critics could see the film as a series of killings, without any emotion or character, this would ignore the nuanced portrayal of a women isolated from society and clearly suffering from severe grief and depression. 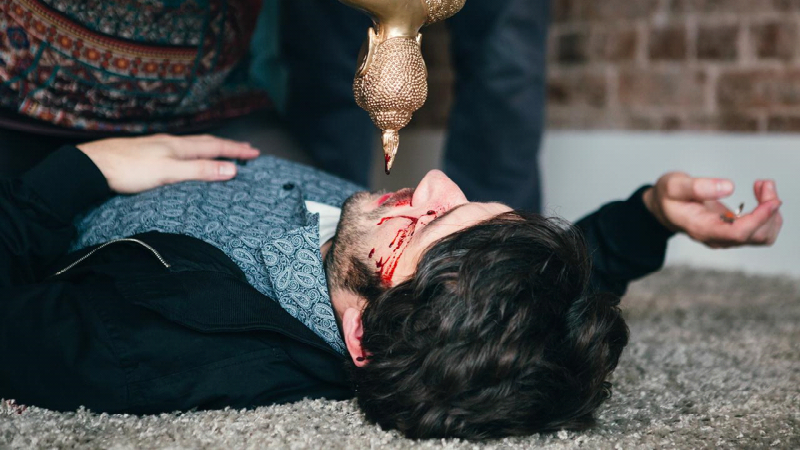 Drawing out the best from her fellow actors also benefits Lowe’s material. Blending comedic and dramatic actors together creates clear divisions in their characters. In the example of the misogynist 1970s DJ, portrayed by Tom Davis, his comic background in television lends itself well to his and Lowe’s on screen interaction.

On the reverse side of the coin, casting Kate Dickie, known for Andrea Arnold’s Red Road (2006) and Robert Eggers’ The Witch (2015) as a lonely company executive emphasises Ruth’s sinister vengeance. In this sequence, cinematographer Ryan Eddleston uses a longshot to frame their conversation, depicting the isolating that pregnant women are given from big commercial business.

Surprisingly filmed over a tight 11-day schedule, Prevenge does not fail on its innovative title and narrative. Its focus on femininity and pregnancy’s isolation are relatively untested waters when it comes British cinema. Like her colleague Ben Wheatley constantly produces, Alice Lowe has orchestrated an original and inventive piece of film behind and in front of the camera. With recent releases as The Falling (Carol Morley, 2014) and The Levelling (Hope Dickson Leach, 2017) written and directed by female British directors, Alice Lowe’s directorial debut is a welcomed edition to this new wave of British independent cinema.

Prevenge was out in cinemas in March, and it has now been made available on DVD and Blu-ray.