From Cate Blanchett and Michael Fassbender to Humphrey Bogart and Geoffrey Rush, meet the strangest and most absurd siblings in the history of cinema. Come on, you know you want it!

Along our 15 months of existence, DMovies has come across some of the most audacious, thought-provoking and dirtiest movies being made in all corners of the planet. We have visited 19 festivals, as well as written nearly 500 reviews, articles and dirty profiles. So it’s only natural that we identified some long-lost twins along our short yet very intense journey, often with the help of our enthusiastic readers on Twitter. Of course most of these people would rather forget about estranged siblings.

That’s why we decided to dig up the dirt from under family tree of the some of the most recognisable faces in the world of cinema, thereby revealing some of the strangest fraternal relations conceivable. For example, did you know that Nigel Farage has a twin in cinema, and that he could be about to star in a brand new movie? Did you know that fox-hunting supporter Theresa May has a sister that likes killing puppies? And what about the “late” Rowan Atkinson, and the old Frankenstein Herman Munster? You’d never guess where their siblings are now!

So read on find out more about how some of the prettiest and the ugliest faces in cinema relate to people everywhere! 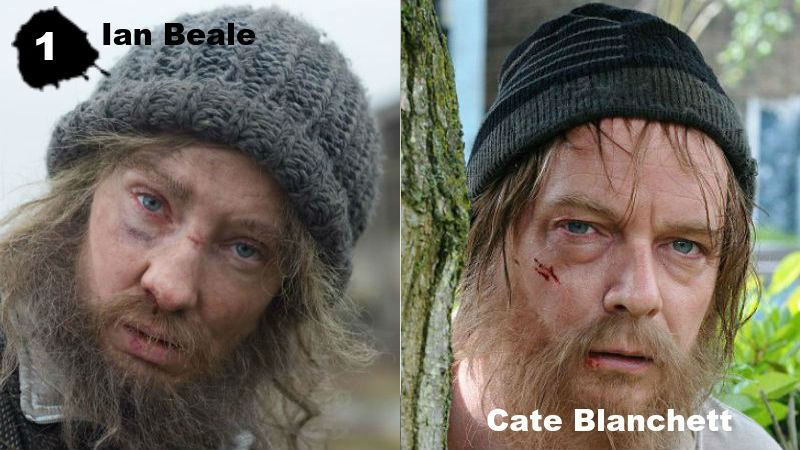 Our first entry is Cate Blanchett playing a homeless man in Manifesto (Julian Rosefeldt, 2016). As soon as we published our review earlier this year from Sundance, we almost instantly received a barrage of tweets pointing to her long-lost twin Ian Beale. He is pictured here in British soap Eastenders, also playing a homeless person. 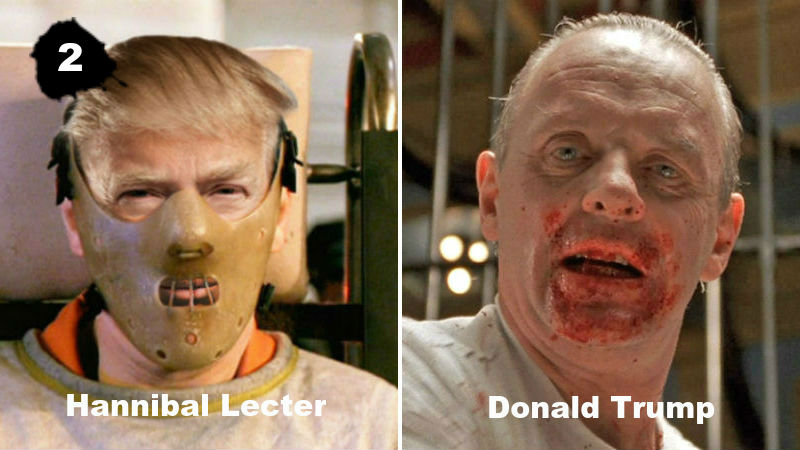 The year of 2016 was horrific. There was a coup d’état in Brazil, the Brexit debacle in the UK and an extremely dangerous pussy-grabber was elected president of the US. We soon noticed his uncanny resemblance with Hannibal Lecter. So we investigated his documents and to our surprise… they were indeed born in the same year and in the same place. If you are brave enough, click here in order to meet Donald Trump’s extended family! 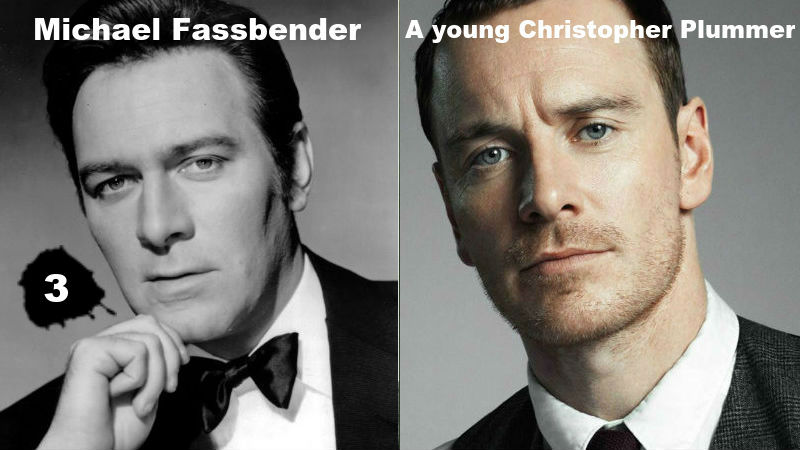 This is probably the least secretive relation on our list. By now, the entire world has probably realised that Michael Fassbender and Christopher Plummer are identical twins. We can only assume that they froze Fassbender’s egg for a few decades, which would explain the age gap between the two actors! 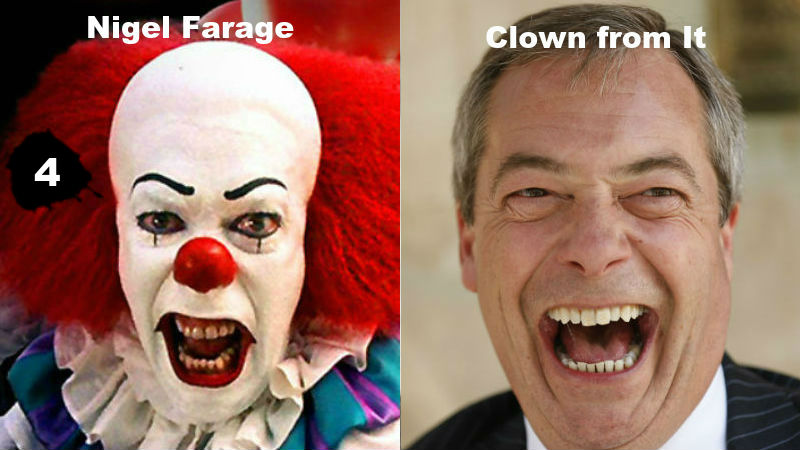 Not even the extreme make-up can conceal it. The former UKIP leader Nigel Farage has a twin in cinema: the star of the original It (Tommy Lee Wallace, 1990). He will probably deny this even given the irrefutable piece of evidence above (well, the man is very good at spin and covering up the truth, we must recognise it). A remake of It will be released this year by Andres Muschietti, but we are not entirely sure whether the role has been given to the controversial politician’s relative. 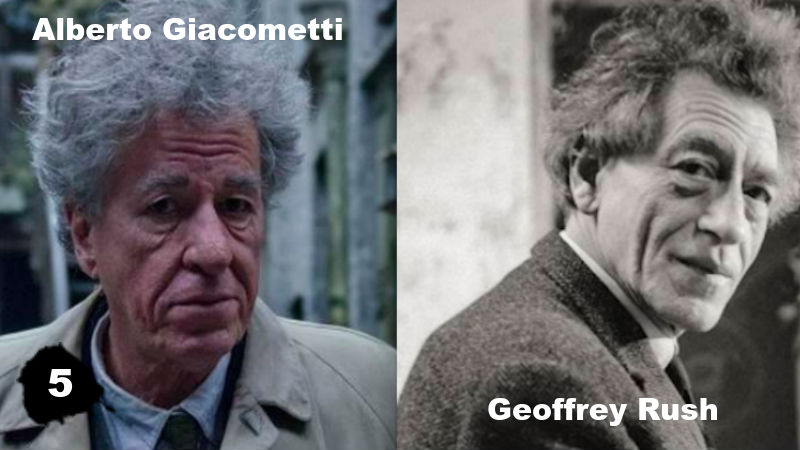 Geoffrey Rush looks a lot like Einstein, particularly when his hair is disheveled. So it’s no wonder the Australian actor was cast to play the German scientist in the TV series Genius. But Rush has a much closer relative: his identical twin is the late Swiss artist Alberto Giacometti. He has even landed the lead role in Alberto’s upcoming biopic The Final Portrait (Stanley Tucci), which DMovies saw earlier this year at the Berlin Film Festival. 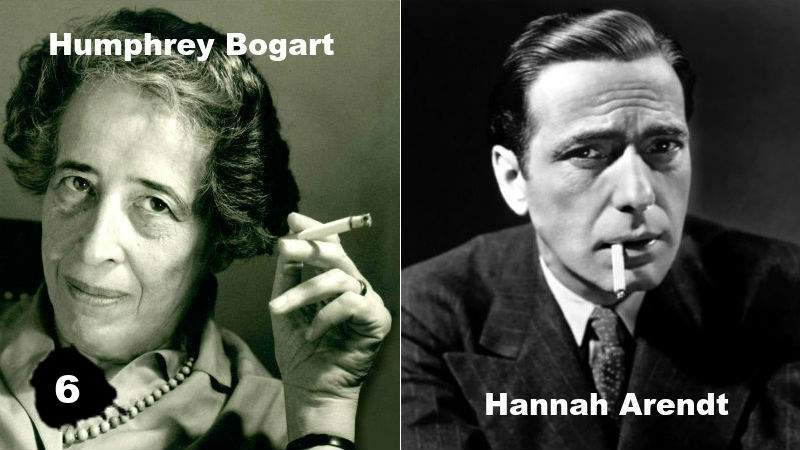 This one was spotted by one of our followers on Twitter, who also has a very sharp eye for detail and bizarre resemblances. Who would’ve thought that the American heartthrob Humphrey Bogart and the controversial Jewish philosopher Hannah Arendt came from the some womb? 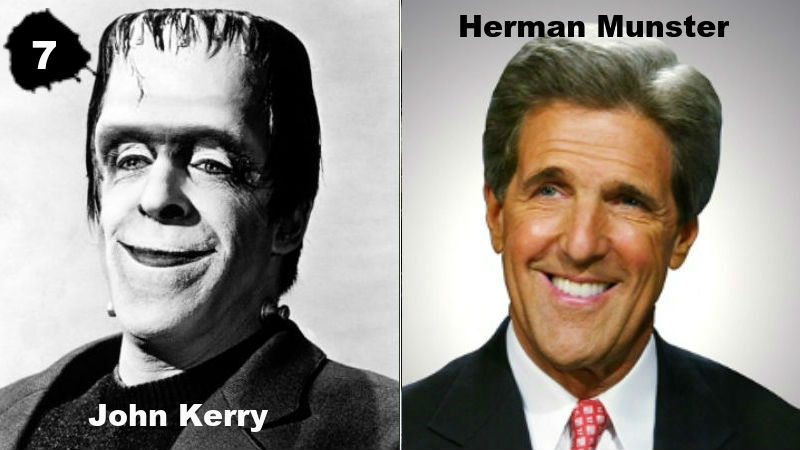 Cinema and politics do mix. And here’s a testament of it: the former US Secretary of State John Kerry and the 5th Earl of Shroudshire Herman Munster from Germany are undeniably related. We just need to find out where they were born and who was it that crossed the pond! 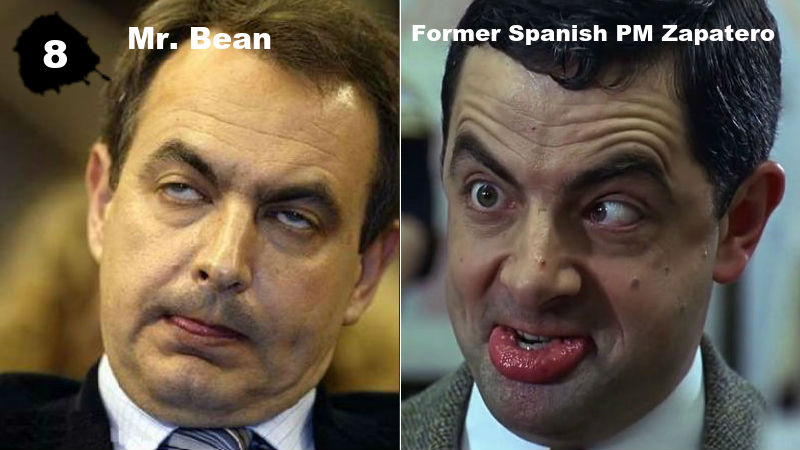 These two didn’t need to cross the pond, but just the Channel instead. Rowan Atkinson (Mr Bean), who fell victim to a death hoax after it was claimed he had died in a car crash earlier this year, and the former Spanish Prime Minister José Luis Rodríguez Zapatero obviously share the same DNA. 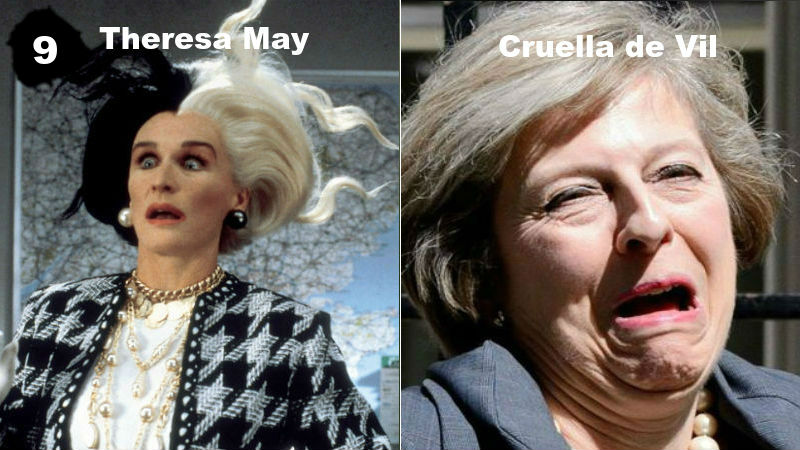 Cruella de Vil and Theresa May were tragically separated at birth, even if the reason for the split remains unknown. Not only to do they share the same facial features, expression and hair, but the two women also nurture a love for killing canines. The only difference is that May goes for foxes, while de Vil goes for Dalmatians. 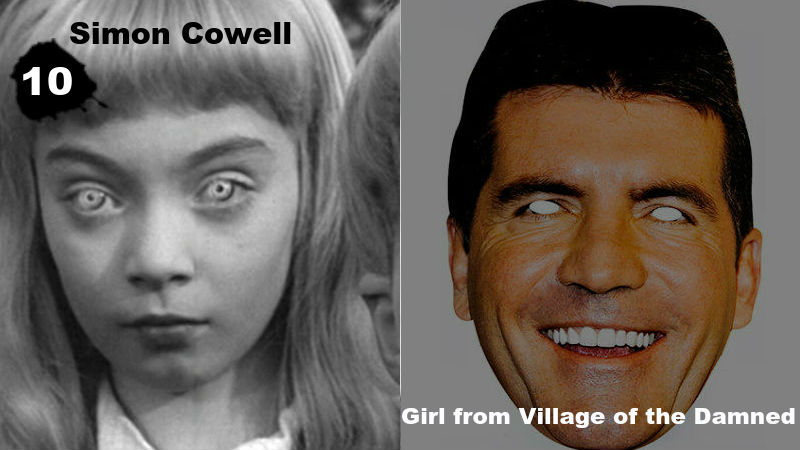 Well, well, well. Ok, we’ve cheated. These two aren’t twins. They are just siblings instead. June Cowell, who plays the demonic girl in Village of the Damned (Wolf Rilla, 1960) is INDEED the sister of the equally evil reality television judge Simon Cowell. Sometimes reality is scarier than fiction!!!

The top 10 dirtiest film quotes of all times!

From Almodóvar to Billy Wilder, these dirty film lines will hit you like a ton of bricks, change your life and the way you see cinema! [Read More...]