"Mostly clean movie"
This quintessentially British comedy will elicit laughter if you grew up on the British Isles; otherwise you might find the film a little esoteric and "insular" - now on BFI Player

I wasn’t born in Britain, and I didn’t move here until the age of 19 two decades ago. I did not watch Blue Peter, Rising Damp and I have only seen snippets of Father Ted on the History Channel. So is it fair to say that there is a lot of British nuance and humour that I just don’t get? Don’t the two decades I’ve lived here as an adult, plus the occasional episodes of Monthy Python and Absolutely Fabulous I watched as a teenager in Brazil, bestow upon me the magnificent power and ability to understand British gags, wit, and banter? I’ve grappled with this question for a long time. Whatever the answer may be, Mindhorn just didn’t entirely work for me. 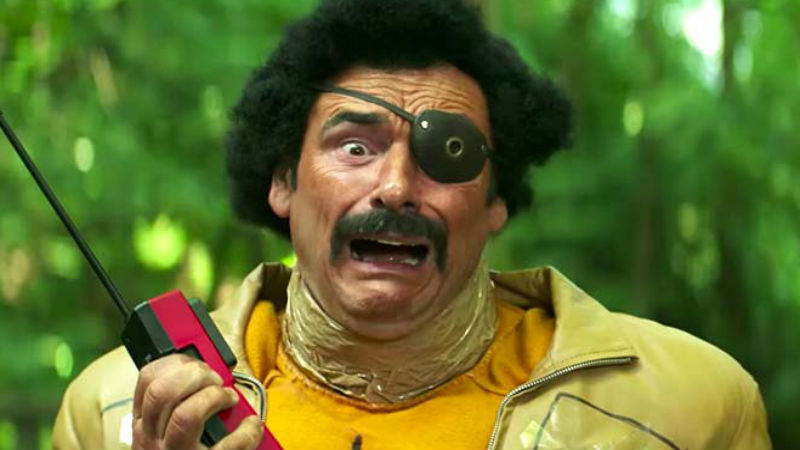 This film, which is almost entirely set on the Isle of Man, is by no means a bad movie, or even a clumsy one. It just feels a little esoteric, drowned in a nostalgia intelligible solely to a very specific nationality and age group: Brits who experienced the 1980s. Of course there’s nothing wrong with that. This comedy is set to be a tremendous hit on the Isle of Man, less so in the four nations surrounding it (useful trivia: the Isle of Man is the only place on Earth from which you can see England, Wales, Scotland and Ireland at once), and almost certainly not a large success across the Channel and the Atlantic Ocean. This film will neither upset nor bore you if you are not British. Instead it will make you smile, but it won’t burst your bladder with laughter.

Richard Thorncroft (Julian Barratt) is a TV actor from the late 1980s who has since fallen into complete oblivion. He once played the lead in Isle of Man detective show Mindhorn, a character with a Robotic eye that can literally “see the truth” (see image at the top). Twenty-five years ago, he felt out with his stuntman (Simon Farnaby), with his co-star Peter Easterman and even with his fiction/real life romantic pair the actress Patricia DeVille (Effie Davies). He then moved to London in a bid to make it big. 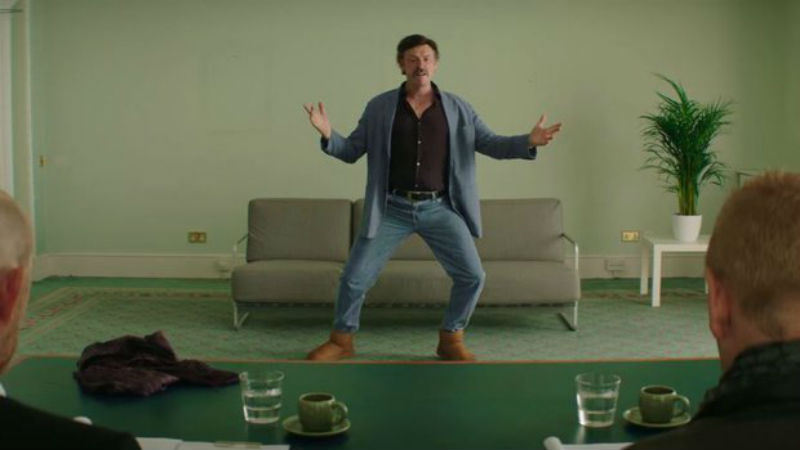 Richard is some sort of Norma Desmond (in fact the movie does even allude to Wilder’s 1950 classic Sunset Boulevard) blended with Austin Powers, all doused in very old-fashioned British nostalgia. Plus some very eccentric elements such as obscure comics and Brazilian capoeira (!!!). The humour is a quite slapstick, with plenty of clumsy kicking and punching, and jokes about camel toe and fake tan ad infinitum. It’s also a film about small town melancholia, inbreeding and narrowness. Except of course that the Isle of Man isn’t a small town, just not too far from that. The British Crown dependency has a population of just 87,000.

The photography deserves a mention. The vintage special effects are very cute, and the photography of the Isle is particularly charming. This is great opportunity to watch the eerily quiet streets of Douglas, walk inside the famous Laxey Wheel and jump off the dramatic cliffs of this small nation under British sovereignty.

Mindhorn was out in UK cinemas in May, when this piece was originally written. It was made available on BFI Player in September 2017.

A house to kill for? Hot Property reveals some very unorthodox measures for avoiding eviction - from the London Comedy Film Festival [Read More...]