"Mostly clean movie"
This lighthearted and unpretentious blend of romcom and career drama set in London lends a whole new meaning to the expression "boy next door", according to DMovies editor Victor Fraga - in cinemas now

The street where I live in North London is quite ordinary and nondescript and except for the odd Japanese tourist taking pictures outside the building where Karl Marx lived and died in the 19th century. So it caught me by surprise to see it on Chubby Funny. In fact, the lead character lives just a few yards down from my doorstep. I could see the surrounding buildings, the children’s playground, a nice view from the top of a neighbouring block and – tah dah! – for a short moment I could even see my own flat! I was almost hoping I would see myself walking down the street.

This fact is not irrelevant, particularly because Chubby Funny is a very local and personal movie. Cinema is where the personal and the universal crossover, where reality and imagination meet, where past and future concur. Seeing your own street and dwelling on the silver screen adds an entire new dimension to a film; it literally transports you home. So you must excuse me for starting this review by sharing these thoughts and feelings.

Chubby Funny is a highly autobiographical movie about a vaguely chubby gay (or maybe bisexual?) actor seeking his next role, and trying to reconcile his career ambitions with his personal life. Oscar (played by the film helmer Harry Michell) looks a little bit like a grown-up cherub, with English rose cheeks and curly hair. He has landed a gig playing a squirrel for a commercial, but he’s far from achieving his professional ambitions, and his financial woes often prevail. He’s got a (boy)friend who’s in the same industry, facing similar challenges, and this quickly takes a toll on their relationship (it’s not entirely clear how sexual their relation is). The movie feels so personal that you’d guess the lead and the director were the same person even if you didn’t know it (I certainly did). 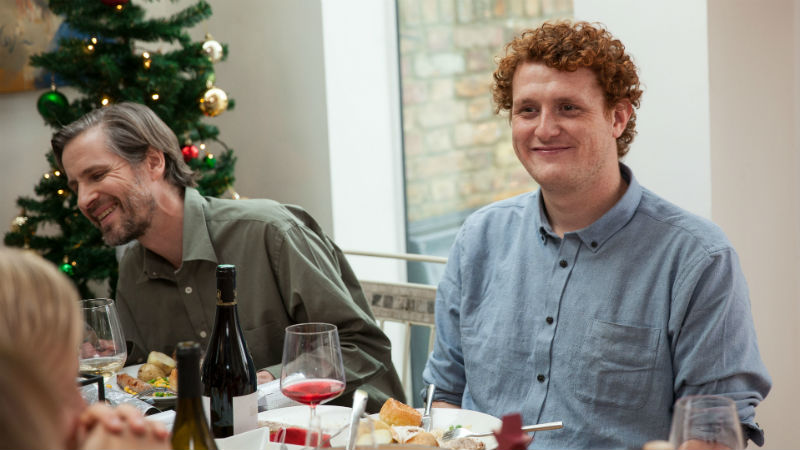 There are plenty of jokes about body fascism in the film industry as well as in the gay scene. There’s also commentary on immigrants and our prejudices towards them. This is a film with its heart at the right place. And the performances are satisfactory enough.

This British independent movie is very lighthearted and unpretentious, but also non-audacious. The film starts out with a romcom feel, not dissimilar to Bridget Jones (minus the giant underpants, plus a shriveled up penis), but it then gradually veers into a career drama territory. It attempts to achieve emotional complexity and profundity, but it sometimes slips into the banal and trivial. The ending of the film is also a little abrupt, and it feels like some of the plots could be explored in a little more depth. The inevitable realisation of personal fallibility is a mostly predictable outcome. Overall, not bad for a first-time director, but we do hope Harry will get dirtier in his next films!

The movie also features Alice Lowe, best known for her recent performance and direction of Prevenge (2016).

Chubby Funny premiered at the LOCO London Comedy Film Festival (click here for more information about the event) in May. It’s out in selected cinemas across the UK on June 30th.