"Thoroughly sanitised movie"
Korean indie director examines the love life of a famous actress taking some time out, and achieves something previously deemed impossible - from the BFI London Film Festival

A film critic once famously said that seeing an Eric Rohmer movie was the equivalent to “watching paint dry”. Now Korean filmmaker Hong Sang-soo has excelled the late French director and created a film with a pace even more painful and sluggish. This is a hitherto unthinkable achievement. On the Beach at Night Alone is equivalent to watching paint fade.

Younghee (Kim Min-hee) is a famous actress who travels to Hamburg to meet a friend. They walk through wintry parks and riverbanks reflecting about the meaning of love, men, ageing and so on. The beautiful artist, who is probably in her 30s, reveals that she has recently ended an affair with a married man. Back in South Korea, Young-hee meets up with some old friends in the coastal town of Gangneung. They engage in prolongued conversations about more or less the same platitudes. 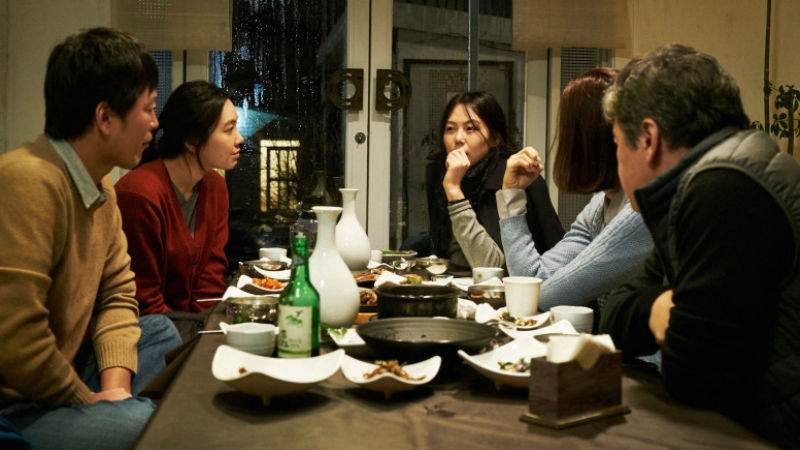 At less than 100 minutes, On the Beach at Night Alone isn’t a particularly long film. But the dialogues are so banal, that the film becomes insufferable after just 30 minutes or so. Similarly to Rohmer, the movie is almost entirely conversational and much of the “action” takes place in parks or around the dinner table. The beach in the film title refers to the place where Younghee goes to relax and meditate. She sits in front of the sea staring at the horizon for long periods of time. It’s almost as if she was waiting for a magic sign from the waters, just like in Eric Rohmer’s The Green Ray (1986). Unsurprisingly, nothing ever happens.

What might surprise you is that, in reality, I like Eric Rohmer’s movies a lot. I have seen nearly every one of them. On the other hand, On the Beach at Night Alone was an excruciating experience. I have some possible explanations for the disconnect: 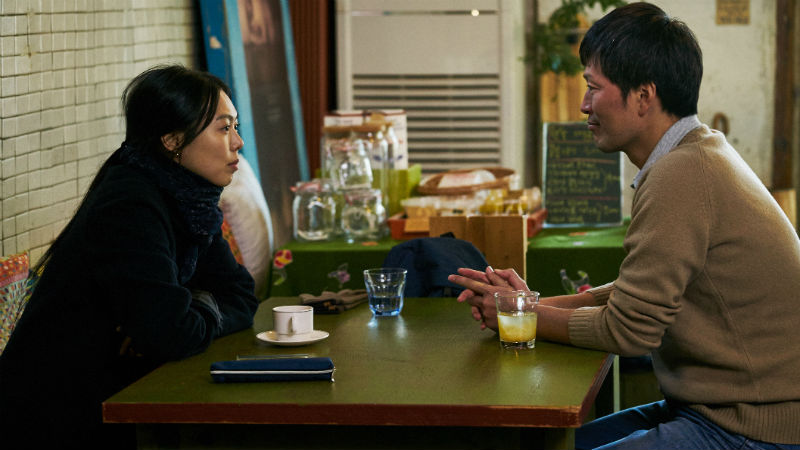 Perhaps the problem is a strange camera zoom-in replicated in almost every sequence of the movie. Maybe it’s the constant repetition of Franz Schubert’s Cello Quintet in an apparent attempt to emphasise solitude and inwardness. Despite liking Schubert, the tune is mercilessly piercing my brain right now as I write this. Or it could be the triviality of the girly chit-chat and petit-bourgeois themes: “which girl is the prettiest?”, “am I too old?”, and so on. Or maybe I’m just too Western in order to understand Korean sensibility?

Whatever the answer, I think you may have gathered by now that neither I enjoyed and nor would I recommend this film to anyone. Unless you enjoy watching paint fade.

It is worthwhile noting that the film was, at least in part, a response to the rumours that the director was having an extra-marital affair. In March, he confessed that he is dating the lead actress.