"Greasy movie"
Korean film set in Cannes and starring Isabelle tells a very plain and yet moving story, with a very French flavour à la Eric Rohmer to it - showing on July 23rd as a teaser of the London Korean Film Festival

No, I didn’t overlook it and repeat myself. This is a Korean film set in Cannes and it also premiered at the Cannes Film Festival. The film features the big star of the event, the emblematic French actress Isabelle Huppert. So it’s only natural that it received a lot of attention and a filled up one of the large theatres of the Palais des Festivals. 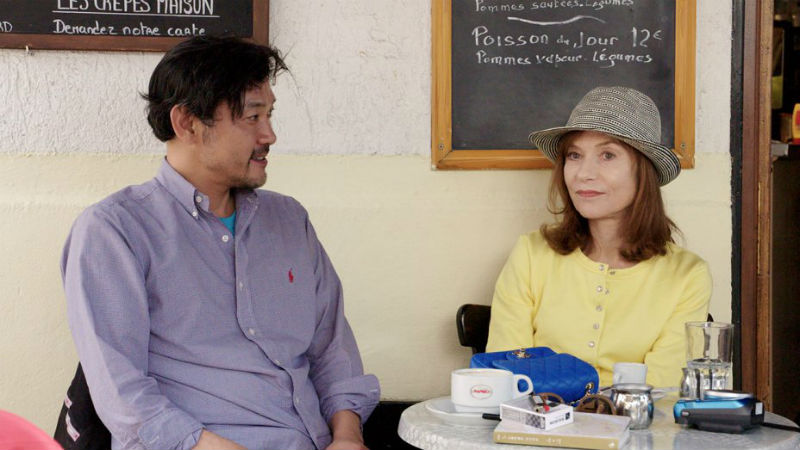 It’s also a good film. It tells the story of the film saleswoman Jeon Man-hee (Kim Min-hee), who is made redundant from her job while in Cannes for the premiere of a film by the director So Wansoo (Jeong Jin-young). Her female boss accuses her of dishonesty, but in reality she’s being dismissed because she had sex with the filmmaker, with whom her boss also her a relation. Meanwhile, the teacher poet Claire (Isabelle Huppert) casually meets both the director and Man-hee, and she develops a bond with the young and pretty lady.

Claire always carries a camera around and takes pictures of most people she meets. She wants immortalise qualities in some sort of Dorian Gray way, arguing that people change very quickly, even within a few hours. Huppert is excellent, conveying profundity in the most banal actions. There are some moments of awkward silence – probably due to the cultural differences between the French and the Korean – which are both funny and moving. Huppert isn’t just the master of the dysfunctional. She’s also very good at the mundane. 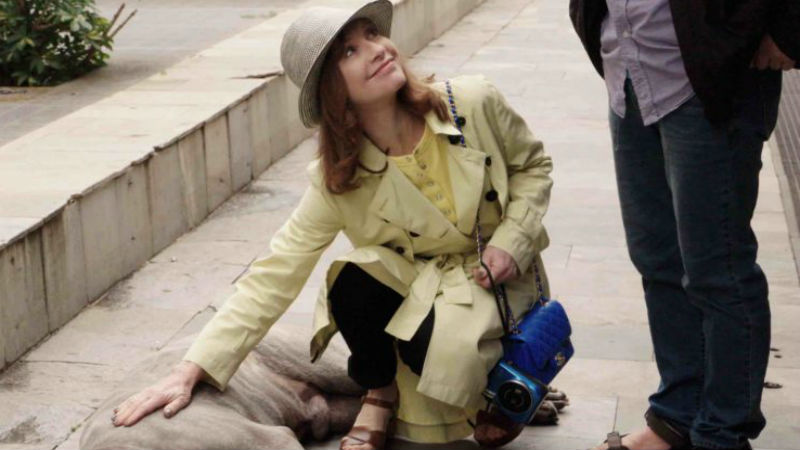 The serendipitous meets, the small talk, the triviality of the events, the placid attitude of the characters and the slow pace of the movie are very much reminiscent of the late French filmmaker Eric Rohmer. Both Sang-soo and Rohmer directors have a very female sensitivity, and they know how to touch viewers with a simple and straight-forward language, devoid of complex tricks and epic twists. This is very human cinema, arresting for its simplicity.

Claire’s Camera showed as part of the 70th Cannes Film Festival (2017), when this piece was originally written. Hong Sang-soo is one of the biggest exponents of Korean cinema right now, and three of his films showed in Cannes last year. The director confessed last year that he’s in a relationship with Min-hee, suggesting that the film has many biographical elements. Claire’s Camera shows on July 23rd as a teaser of the London Korean Film Festival.