The social outcast usually attracts scriptwriters. It is difficult, though, to find a movie in which they receive a non-judgemental treatment. The Bacchus Lady is an unusual story about sex and death in South Korea – a deeply patriarchal society. The main character is an older sex worker who meets a missing boy at her doctor’s office. She came to check if she has contracted gonorrhea; and the boy came with his mother from Philippines. The mother claims the father is the doctor, but he denies. During commotion created by the mother and the father, the boy is left alone. The Bacchus Lady (whose real name is So-young, and is played by Youn Yuh-jung) then takes the foreign kid to her house.

The problem is that she doesn’t have time to look after the child. She is still an active woman even at her age. So she is forced to leave the kid with her neighbours – a transsexual prostitute and a young man with a prosthetic leg. Korean director and scriptwriter E J-yong created an unusual nest in a very twisted environment. 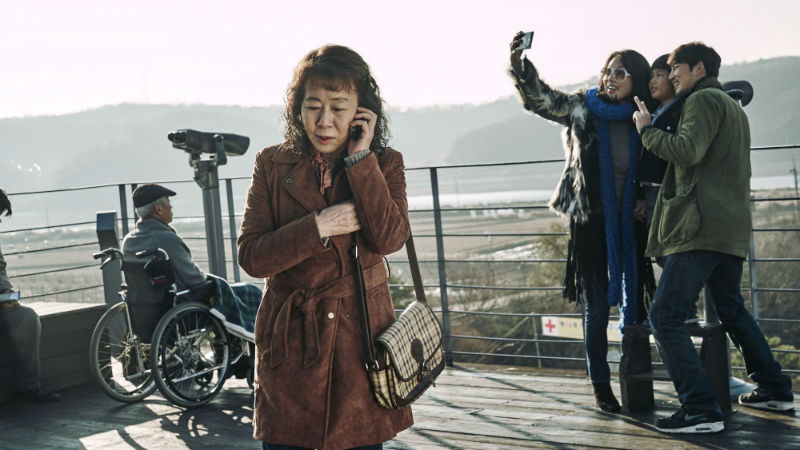 The Bacchus Lady has some similarities with the Brazilian movie Central Station (Walter Salles, 1998). In both movies, a kid and an older woman are united in the search for the boy’s father. In Central Station, the bitter schoolteacher Dora (Fernanda Montenegro) writes letters to illiterate people and pockets their money without posting the envelopes. In The Bacchus Lady, So-young pockets the money from the clients she meets in a public park. She offers them bottles of Bacchus energy drink, which is a coded invitation for a trip to a cheap hotel.

There is a significant difference between the two movies though. In the Brazilian one, woman and kid share the same culture and language, so the story is much more centred in the boy and in his quest for the father. In the Korean picture, the boy doesn’t speak Korean, so we know very little about him. He enters the lady’s life and audience peeks through this door into her current and past life. 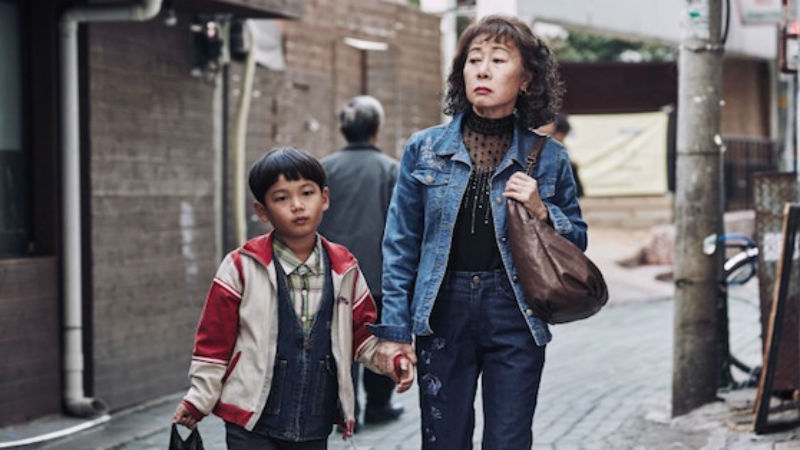 South Korea is said to be a sexually-conservative society, though some aspects are changing. Most South Koreans have sex before marriage; South Korea has one of the largest prostitution industries in the world, and females are increasingly objectified. Even sexually-active women need to appear inexperienced and virginal to their partners. In fact, the sluts here doesn’t dress-up like hookers. The film portrays some funny scenes to exemplify this contrast.

The narrative has two strands: one is the boy’s desire to reunite mother and father and the other is So-young relations. She keeps meeting old lovers, some of them very sick. Often they are unable to make love, so their requests are very unorthodox. The film proposes a new understanding of the dynamics and values of a deviant subculture. They are not seen as victims. Instead they build an engaging picture of the lonely lives in a big city.

The Bacchus Lady showed in the 60th BFI London Film Festival, when this piece was originally written. It shows again at the London Korean Film Festival in November 2018.

As GoodFellas as it gets! Yoo Ha’s gangster film compares favourably to Scorsese’s classic on many levels, an underrated dirty gem of Korean Noir – from the London Korean Film Festival [Read More...]