"Dirty gem"
Jean-Christophe Meurisse unveils a film that is stronger on feeling than form, peering into the lives of five unlikely characters caught up in five different scenarios - on all major VoD platforms on Friday, September 16th

If you peer hard enough at the retired couple on which this anthological film is set, you can just about see the crippling disappointment that awaits the characters in this gripping and lyrical portrait of modern day France. Like Cédric Klapisch’s excellent Paris (2008), Bloody Oranges is more concerned with character than plot, but that doesn’t mean that there aren’t narrative beats found in the film. Indeed, this is a film where a teenager accused of nymphomania and a politician embroiled in a tax battle cross paths, both of them focused on their personal journeys, in an effort to reach absolution. The film centres on five different stories, and captures these people in the most unthinkable of situations, burdened by their own failings and foibles.

Deeply spiritual, and directed with tremendous gusto and energy, Bloody Oranges is an adventurous work, piecing together an impasto of differing voices and agendas. It’s fitting that the film is set in France, considering how liberal, licentious and diverse the country is. There are no big names – anyone hoping for a star of Vincent Cassel’s stature is to be disappointed – but there’s something hypnotic about the way the film jumps from storyline to storyline, character to character. In many ways, the film is more than just a representation of France, it is a portal into 21st century France. 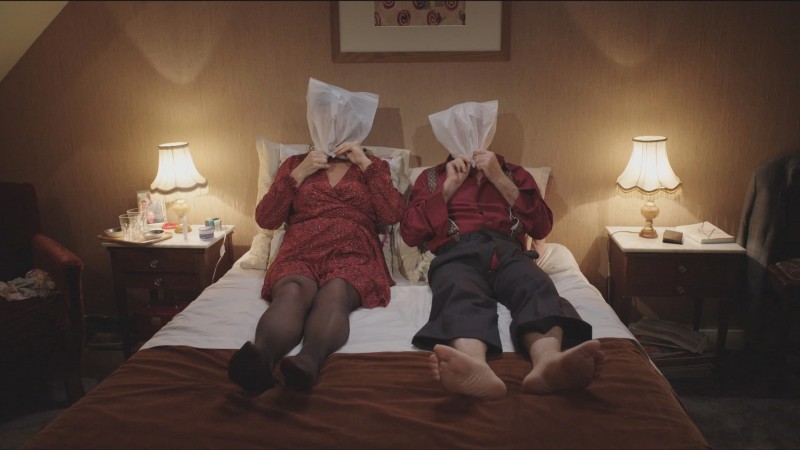 Thankfully, it’s much funnier than the synopsis might suggest, and the elderly, retired couple carry much of the film’s wittier centrepieces. They elect to win a “rock and roll dance” in the hopes of relieving themselves from the debt that has clung to them like a duck to water. It would be impossible to imagine a British comedy dealing with this subplot without appearing churlish (British comedies are, by their very definition, predicated on the arrival of the invariably happy ending), but director Jean-Christophe Meurisse is classy enough to let the absurdity take charge, leaving the audiences to decide if the pair are radical or desperate.

Indeed, the comedy comes naturally, and the actors never do anything that might sacrifice the integrity of the script. Bloody Oranges isn’t in the same league as the aforementioned anthological film Paris, precisely because it doesn’t have a central hook (Paris is soaked from head to toe in the inevitability in death, and how it can be embraced.) And yet it makes for engaging viewing, stripping France of its grandeur, romance and artistic ambition to exhibit a story that is angular, incorporeal and deeply human to watch.

Bloody Oranges in on most VoD platforms on Friday, September 16th.