This Spanish movie is entirely set and shot in Switzerland. It tells the story of famous actress Olivia (Marta Etura), married with two kids and living between LA and Madrid, and philosopher Tristan (Francesc Garrido). He lost inspiration a long time ago and lives off conferences about a book he wrote decades earlier.

The two former lovers meet by chance after a lifetime apart. The encounter could have serious consequences for their personal and professional lives. They’re both middle-aged, having forsaken many of the dreams of their youth and also their love with each other. Yet this is not a love story, but rather a film is about truth and façade. These topics and embodied by Alabama (Agustina Leoni), a shallow influencer obsessed with her followers, however the only character with a firm grasp on reality. Alabama is staying at the same hotel. She manages to arrange an interview with Olivia. The problem is that she is thoroughly unfamiliar with the certain codes of conduct, and ends up making a fool of herself, in one of the film’s subplots.

Olivia has travelled to Switzerland for a photoshoot, while Tristan is running a conference that a local friend arranged for him. Olivia walks into the conference room upon his seeing his name on the programme. They reconnect later the same day over a few drinks. They meet again the next morning while visiting the Richard Wagner Museum. Then they go on a lake tour and walk around the medieval town of Luzern, crossing its famous Chapel Bridge. This is where Tristan explains the title of the movie (which is Spanish for “colour of the sky”). Their short trip should soon come to an end, however an unexpected event – of undisclosed nature – keeps them locked in the hotel for a few more days, enabling the couple to rekindle their old romance

This is a very finely carefully crafted movie by young and promising helmer Joan Marc Zapata. His skills show in the choice of music: Wagner’s Tristan and Isolde is carefully synced with every stage of the characters’ encounter. The film has few actors and a close-knit crew, and it took less than three weeks to shoot. A significant chunk of the action takes place inside the luxurious hotel just outside Luzern. This enclosed space creates a sense of escapism, while also providing the protagonists a refuge from the outside world.

The stunning views of the lake and surrounding mountains provide the perfect finishing touch, with extensive tracking shots allowing viewers to appreciate the beauty of the landscape. The pace of the film is meticulous, with abundant attention paid to every little detail. Different colours acquire different meanings: orange for the truth, blue for lies. The frame size shifts. It starts narrow and progressively expands, allowing the characters the ability to breathe (as the director himself explained during the press conference).

El Color del Cielo is also a celebration of European culture with numerous reference not only to German composer Richard Wagner but also to Austrian novelist Stefan Zweig, to mention just a few.

The Spanish drama has just premiered at the 70th San Sebastian International Film Festival. It is part of the Made in Spain section.

Svetlana works in San Sebastián, Spain and is lucky enough to have a great film festival right at her doorstep. Unlike her name suggests, she is French. She loves travelling and has lived in the UK a... 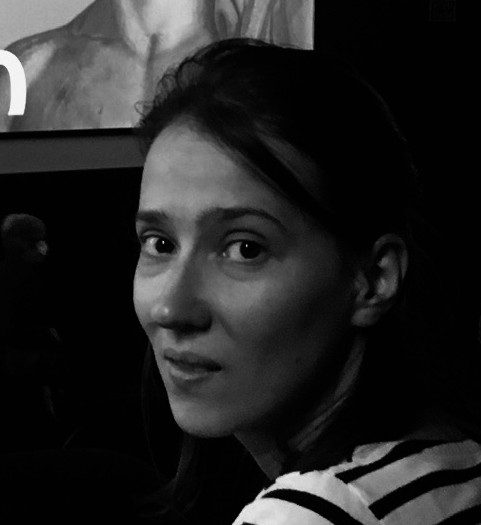