"Greasy movie"
Authentic, intimate and raw documentary about an aspiring journalist’s 25,000km, eight-year incredible epic journey on horseback will move and grip you - from the Dances with Films Film Festival

There has to be at least one journey that a person dreams of doing at some point in their life. Whether it be the glorious trek to the mystical land of Machu Picchu, maybe something a little trickier like the eight-month hike of the Appalachian Trail (what a journey that would be), or even something as simple as driving down America’s world-famous Route 66. In terms of sheer magnitude though, Filipe Leite’s eight-year, 25,000km trek of the Americas might just be the most epic and impressive journey of the modern era… oh, and I forgot to mention that the journey was completed solely on horseback – this is an experience only a handful of people have the strength to complete. The man has a goal, and you have to admire anyone for that, his goal might be absolutely terrifying mind, but you’d better believe that he won’t whimper at the first sign of danger.

The story itself is an incredible one; it is dangerous, painstaking, and a mental and physical slog only suited for the toughest. The adventure needs to be one of a great triumph though because the film doesn’t have much else going for it in terms of style and feeling, it is incredibly reliant on the substance, which thankfully, was mesmerising at times. You become transfixed on the adventure, watching this potentially fateful experience awakens the adventurer in all of us, but I think I’ll go by car instead of on horseback though – the saddle sores are developing just thinking about it.

Directed by Sean Cisterna, The Long Rider is a documentary/Western inspired by the experience of Aimé Tschiffely’s equestrian journey in 1925. It follows the modern-day cowboy Filipe Leite, as he embarks on an epic quest from his adoptive land of Canada to his native land of Brazil. What is a Long Rider you might ask? It is when a person travels more than 10,000km solely on horseback, like the adventurers of old would have done. Filipe’s eight-year odyssey saw him cross 12 international borders, battle intense heat and drought, speeding trucks on narrow roads, the wrath of mother nature herself, and corrupt border guards looking to line their own pockets. 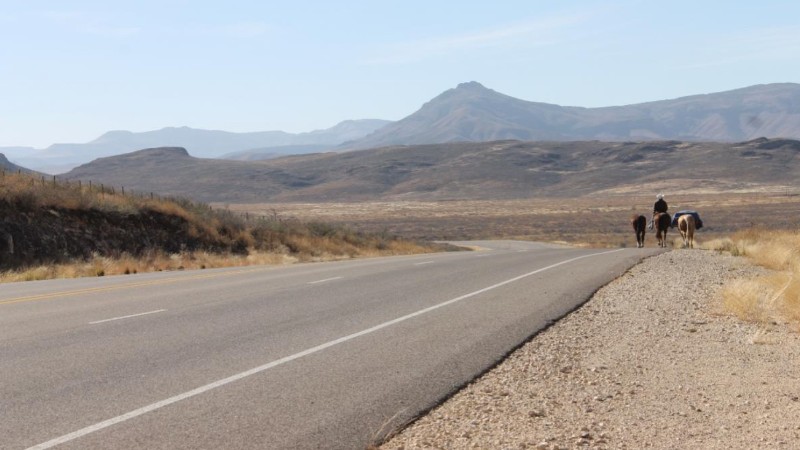 A film such as this works because of the journey, but it’s also about the people Filipe meets on the road. Every day is a lesson, learning people’s stories, bonding with complete strangers due to a mutual love of horses or a love of life – it is often the people on the road that make a journey truly epic. What the film does brilliantly is how it represents each country individually; every country has its own distinct aroma, that little sprinkle of personality that distinguishes one land from another.

It does evoke a strong sense of authenticity as well, with the story being filmed by Filipe himself using handheld cameras. It adds a rawness to the film, but it also lets us know that this was legitimate, and he wasn’t followed around by a giant camera crew readying to catch him if he falls. The journey is also guided by Filipe’s voiceover as he pilots the film every step of the way, with the aid of his present-day interviews as he looks back on the quest with a fresh outlook. Although a mix of both doesn’t always work, it’s a little too varied and busy, and the film becomes bogged down as a result. The voiceover work is a lot more effective because it’s subtle and has an effective presence, it works wonderfully with the adventure footage and interviews with the locals of the time. The present-day content feels largely out of place and becomes very dominating.

Let us not forget though that this isn’t just about Filipe’s journey because he couldn’t have completed it without his trusty steeds. You can feel the relationship this man has with his horses; they are his children, and he will protect them at all costs. Filipe perfectly describes each horse’s characteristics, adding to their already distinct personalities. The connection they all have with one another – almost like a pack – is what fuels the journey through its darkest moments, and what ignites the film again when it begins to falter.

The Lone Rider is a very succinct film; it is an intimate chronicle of a truly incredible journey. There is a lot of emotion (as you would expect from something so arduous), and you can feel the pain and the joy of Filipe’s experiences. Long periods of this film are highly enjoyable due to the subject matter and the fact Filipe is a likeable character. There’s not a doubt in my mind that he is completely genuine, but his overzealousness often shrouds certain moments in the film. It also develops a rather cheesy vibe at times, becoming a little bit too emotional and a little bit too clichéd, dampening what should be a truly exciting, showstopper of a film.

The Long Rider premiered at the Dances with Films Film festival in June.