With Memoria, Thai legend Apichatpong Weerasethakul is basically trying to do the impossible: use the cinematic form to depict the vibrating, mysterious connection between all human beings. A dreamy, strange, addictive and loopy dream-like journey through Medellin and the Colombian jungle, his first non-Thai film is the best film of the year.

Tilda Swinton, the patron saint of all things weird, stars, in an unusually downbeat turn. She plays a woman from Scotland travelling to Medellin to visit her sick sister. Her sister’s husband suggests her sickness has been caused by her research: investigating a tribe in the Amazon that purposefully choose to stay hidden. She could be cursed. Like with Weerasethakul’s previous films, one suspects ghosts or malevolent spirits might be involved.

The film starts in typically slow fashion, a long pan of Swinton waking up in a dark room, then suddenly punctuated by an ominous banging sound. Considering how Weerasethakul’s films always make people fall asleep, these bangs are equivalent to Joseph Haydn’s “Surprise Symphony” in the way they can jolt the audience back into alertness. They come and go throughout the film, suggesting an otherworldly presence constantly lingering outside of the frame. 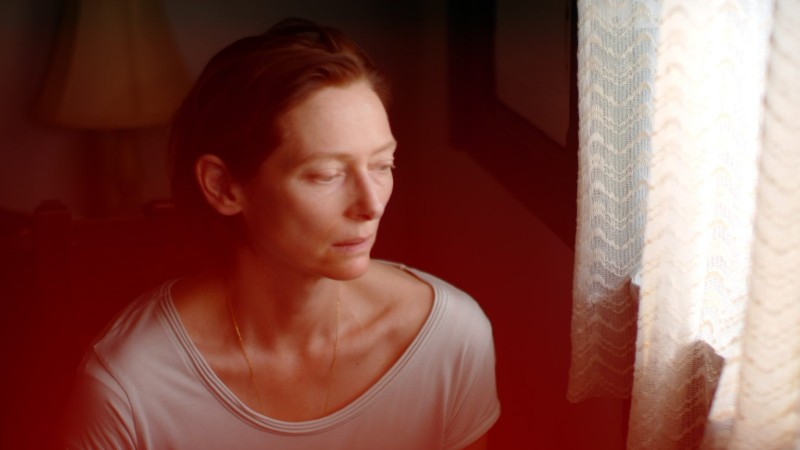 I did nod off in the beginning (not a criticism), but thanks to these bangs, I didn’t completely succumb to sleepiness; the film connecting with me on a strange, visceral level thanks to its epic long takes and strange, static mise-en-scène — whether it’s car alarms going off by themselves, a jazz band playing for upwards of ten minutes, or the epic finale featuring Tilda conversing with a man who has never left his village because he remembers everything and believes that “all experiences are harmful.” Swinton is completely on the wavelength of the director, making for a great combination of artist and subject.

It’s hard to say what it’s about, although clues abound throughout the movie, which is far more playful than any description could give it credit for. What’s more impressive is the way that Weerasethakul invites you into his completely original world. Memoria is like a feature-length version of those YouTube videos which can transport you to any soundscape in the world. Only playing in cinemas in perpetuity in the United States as part of an experimental run, the 360 degree sound mix gives a clear reason why this film should ideally be seen in the cinema. Whether it’s the humming of birds or the sounds of city life, Memoria embraces you into its vibe, making for a genuinely unique experience. Conversely, if it ever makes it onto your laptop screen, it would make the perfect calming soundscape to work alongside. I could easily imagine it having it on while going about my day job.

Memoria played in the Current Waves section of the Tallinn Black Nights Film Festival, when this piece was originally written. In cinemas Friday, January 14th. On various VoD platforms in June.

A character study of a Tibetan exile in Canada is rich in philosophy while ultimately lacking a sense of dramatic conviction. [Read More...]