It's finally that time of the year when we ask our writers to pick their favourite dirty movie of the year; the dirtylicious list is full of delightful surprises!

Another year has gone by and DMovies is now nearly six years old. Since we started in February 2016, we have published 2,200 exclusive articles and reviews. We have attended both big and small film festivals and industry events of Europe, always digging the dirty gems of cinema firsthand and exclusively for you.

Despite the numerous challenges posed by the pandemic, we physically attended five A-list festivals across Europe: Berlin, Locarno, Venice, San Sebastian and Tallinn. Other gigs included the very first Red Sea Film Festival, in Saudi Arabia, plus the usual suspects across the UK (the BFI London Film Festival and indie favourite Raindance). We have published 400 articles and reviews and renewed our partnership with organisations such as the Black Nights Film Festival and VoD providers Festival Scope and ArteKino.

We decided to pull together a little list of the 10 dirtiest films of 2020. And what better way to do it than asking our most prolific writers and also our audience for their dirty pick of the year? This is a truly diverse and international list, containing very different films from every corner of the planet, some big, some small, some you can still catch in cinemas, some on VoD and some you will just have to keep an eye for, at least for now!

Don’t forget to click on the film title in order to accede to the our dirty review of the movie (not necessarily written by the same person who picked it as their dirty film of the year). The movies are listed alphabetically…

Starting with a bombastic ode to the artifice of cinema, and culminating in a heart-wrenching reckoning with misplaced ambition, artistic inadequacy, and parental regret, Leos Carax’s Annette makes the case that self-reflexive postmodern art can still pack an emotional punch. Between these bookend showpieces, the film slides playfully between fantasy and reality, yet remaining grounded in the demanding-yet-graceful performances of its three leads (Adam Driver, Marion Cotillard, and Simon Helberg) and a dreamlike set design that recalls 2020 and 1920 alike. For all these lovely qualities, any musical lives or dies by its music, and Annette is fortunate to feature an infinitely hummable score by Sparks, including many songs that you may find on repeat in your head long after the show has ended — a comforting reminder that some things, are, really, “out of this world”!

The first thing you should know about Baby Done is that yes, it is a film about babies, and yes, as a treatise on biology, it showcases the many unflattering elements that come with childbirth. There’s the belching, the farting, the aging and crying that comes part and parcel with the voyage every potential parent sets for themselves. And between these squabbles over baby clothes, baby showers and baby motions comes the birth of a new cinematic genre.

It’s not an explicitly feminist apotheosis, but it essays mothers at their most urgent, urbane and undressed. “I want a baby,” Zoe says; “I just don’t want to be a mum.” Determined to keep her head up, Zoe searches for “pregnancy fetishes” on the internet. But however reluctant she comes across, or how difficult she appears to her boyfriend, Zoe is never anything less than charming, and beneath the feisty veneer comes a human equally as ecstatic as she is terrified to bring another human to the world.

It’s difficult to talk about this American dirty movie without giving the game away. Establishing dialogue suggests a traditional, staid indie mumbler but the film soon morphs into a more experimental space, cohering into a satisfying, chewy thinkpiece by the end; a millennial reimagining of Mulholland Drive (David Lynch, 2001) by way of Adaptation (Spike Jonze, 2002), updated with more pertinent issues to filmmaking today.

The film is built around two lightning rod scenes, reflections of the same event told from wildly different contexts. It is a diptych of competing quantum narratives with the viewer left to decide whether either, both or neither contain any truth. The implied throughline of a writer exploring these hypotheticals does little to clarify whether the plot is drawn from experience or directly conjured, a torturous creativity writ large.

Dune is the best kind of blockbuster – visually arresting, intellectual and emotionally engaging. It feels like a mash-up of Game Of Thrones and Star Wars – in a good way. Its fascinating world is realised through a seamless blend of practical and digital effects, but it isn’t just pretty for the sake of it – its visuals emphasise the depth of the story. It’s hero’s journey is familiar yet it feels fresh thanks to the psychedelic spin and unique setting. The performances are fantastic, and Chalamet does well to hold his own amongst a cast of veterans.

Dune is also pictured at the top pf this article.

Director Karim Aïnouz and screenwriter Murilo Hauser’s Un Certain Regard winner (Cannes Film Festival, 2019), is a deeply emotional film. Adapted from Martha Batalha’s novel, the emotional presence of the drama comes through the audience bearing witness to the lives of the two sisters, Eurídice (Carol Duarte) and Guida (Julia Stockler), unfolding through the years.

Aïnouz plays with the voyeuristic role of his audience and uses their active participation to contribute to the emotional crescendo. Sharing in the pain of the characters, the audiences fears of mortality and time lost are effectively exploited. The Invisible Life of Eurídice Gusmão is a cry against patriarchy and gender inequality, that has inflicted irrevocable hurt on women, denying them the most precious of gifts, time.

Despite premiering in Cannes in 2019, The Invisible Life of Euridice Gusmao only reached UK cinemas in 2021.

With Memoria, Thai legend Apichatpong Weerasethakul is basically trying to do the impossible: use the cinematic form to depict the vibrating, mysterious connection between all human beings. A dreamy, strange, addictive and loopy dream-like journey through Medellin and the Colombian jungle, his first non-Thai film is the best film of the year.

Tilda Swinton, the patron saint of all things weird, stars, in an unusually downbeat turn. She plays a woman from Scotland travelling to Medellin to visit her sick sister. Her sister’s husband suggests her sickness has been caused by her research: investigating a tribe in the Amazon that purposefully choose to stay hidden. She could be cursed. Like with Weerasethakul’s previous films, one suspects ghosts or malevolent spirits might be involved.

The year is 1989, just months before the end of the Pinochet’s sanguinary dictatorship, somewhere in the remote hinterlands of Southern Chile. The country dares to hope for freedom and democracy for the first time in two decades. Inside Colonia Dignidad, however, there is no visible sign of the end to the years of the institutionalised physical, psychological and sexual abuse to which staff and students are subjected.

This highly mysterious and secluded organisation is run by sadistic German preachers. They are under the purview of Pius (Hanns Zischler), who prefers being called Dauer Onkel, German for “permanent uncle”. There’s nothing pious and avuncular about the old foreigner. He invites his young male students to his bed late at night and forces them to undress. The actions of “permanent uncle” will leave a permanent scar on his young victims.

This shockingly powerful Chilean film is based on real events. 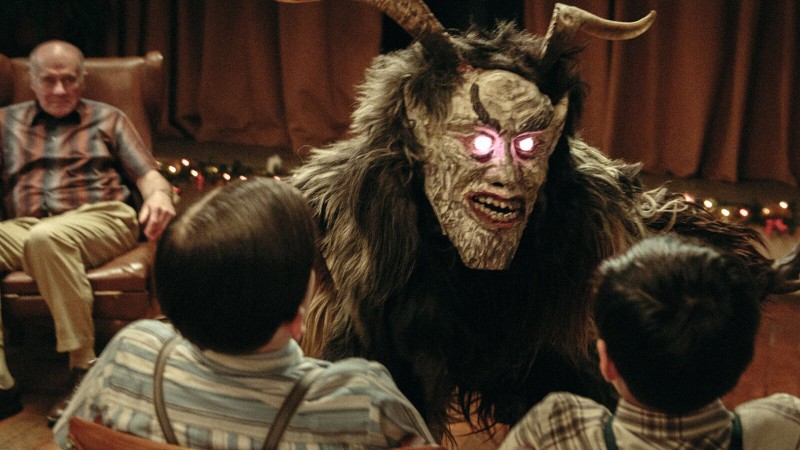 The latest film from director Anders Thomas Jensen is a black comedy that subverts some aspects of action movies. It’s an incredibly funny but strangely moving film about Marcus (Mads Mikkelson), whose wife is killed in a tragic train accident. He is approached by two men statistical analyst Otto (Nikolaj Lie Kaas) and Lennart (Lars Brygmann) with their suspicions about the “accident”, and they team up to find out what actually happened. Its one of those films that pretty much anyone could enjoy: it’s an art film, an action film and a comedy, it has a lot of emotional depth, and it even becomes a Christmas film at one point. Riders of Justice is a solid piece of work with loads of great twists and turns, and juggles its tones perfectly. Mikkelson is fantastic as always, turning in an even better than in last year’s Another Round (Thomas Vinterberg, 2020).

9. Some Kind of Heaven (Lance Oppenheim):

An assured and sumptuous debut documentary feature. Lance Oppenheimer gets intimate access and honesty from his subjects, a motley crew of Floridian pensioners for whom life begins as the end nears. Love, sex, drugs and lawn tennis and are all viable pastimes at The Villages, a retirement-complex-cum-city-state with a population that exceeds the smaller countries. Everything is heightened by beautiful cinematography that brings to mind a slideshow projection of holidays long forgotten.

Martin Scorsese’s The Last Waltz (1978) was knocked off its perch this year, not just by Van Morrison and Eric Clapton’s Covid denial but also Summer of Soul – Questlove’s ode to black culture and its white erasure. Buried for 50 years, phenomenal footage from 1969’s Harlem Cultural Festival vibrates with the rhythm of soul and the crackle of protest. Incendiary performances from Sly and the Family Stone, Nina Simone and Ray Barretto testify to the diversity and freedom of African and Latin American music, arguably creating the all-time greatest concert movie; a moving (in every sense) celebration of anti-racism, not anti-vaxxers.

It's once again that time of the year when ask our writers to pick their favourite dirty movie; the list remains as international, diverse and downright filthy as ever! [Read More...]

We look back at the year of 2019 and ask our writers and readers to pick their dirty movie of the year; the list is as international, diverse and downright filthy as it gets! [Read More...]

We look back at the year of 2018 and ask our writers and readers to pick their dirty movie of the year; the list is as international, diverse and downright filthy as it gets! [Read More...]