"Greasy movie"
A girl with ice cubes for teeth is the topic of Lucile Hadzihalilovic's cryptic new fable, a movie creepy and lyrical in equal measures - now on Netflix and Apple TV

The French director Lucile Hadzihalilovic is best remembered for her 2004 debut feature Innocence, a highly poetic film following the lives of girls in a gloomy, mysterious and highly secluded boarding school. In her latest feature, just the third one in her career, she remains firmly on feminine, dark and secluded territory, and becomes even further detached to reality.

The story takes place in an undisclosed place and undisclosed time. The clothes and an ancient telephone suggest the early 20th century. A man called Albert (Paul Hilton) cares for a girl called Mia (Romane Hemelears) in a very large house not too different from the boarding school in Hadzihalilovic’s first film. Mia is entirely silent, with strange braces attached to her teeth, and various dentures that demand constant attention. At times, it looks like she is an a torture chamber. She has teeth made of glass, however you would never make that out without reading the synopsis. This is a film so intoxicated in its own lyricism that the narrative becomes entirely secondary. Dialogues are sparse, and the plot is as loose as as the director’s imagination. 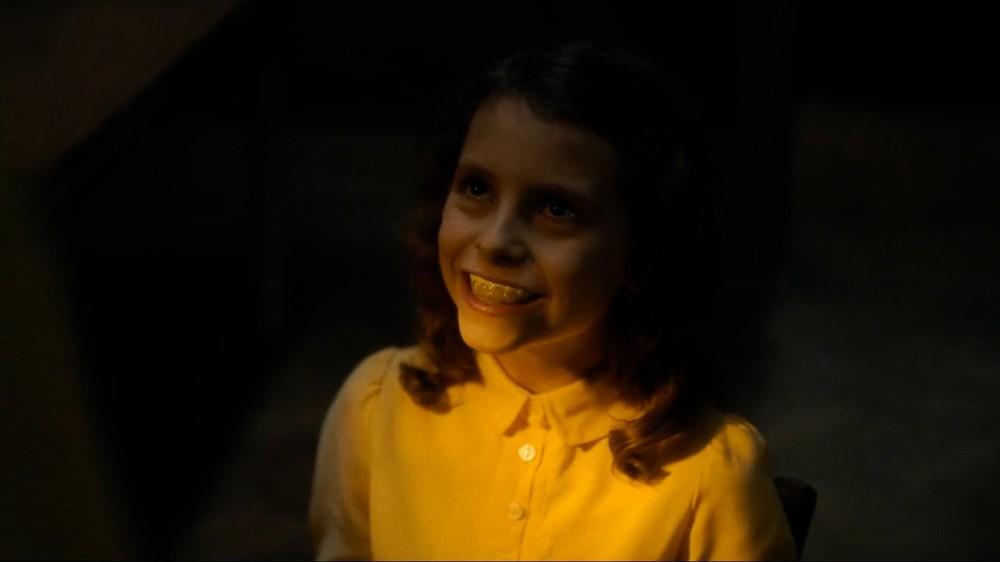 One day Paul attacks a woman called Celeste (Romola Garai) at the local pub, leaving her face horribly disfigured. A man called Laurence (a moustached, much-older-than-usual-looking Alex Lawther) pays for her hospital treatment. Paul and Celeste will eventually meet again, when the story comes more of less full circle. What interpretation you get from the film ending and much of the film is entirely up to you. The director leaves plenty of loose ends for viewers to tie together at their will and convenience. Hadzihalilovic’s strange characters and storytelling devices are vaguely reminiscent of David Lynch, if very feminine, a lot slower and far more elliptical. You could read this as a movie about female oppression, subordination, failed fatherhood, disability, abandonment, complicity, the inevitability of fate, or pretty much anything else.

The visuals and the sounds are far more important than the plot itself. The cinematography is sombre and hypnotic. Interiors are dark, daylight constantly suffocated by a lingering fog. Albert keeps a variety of glasses in a cabinet unit and these seem to have a profound significance. Glass refracts light and give images a new lease of life. Abundant attention is given to the sound engineering: metal clanking, glass breaking, rain pattering, humans panting, a cat hissing, a train steaming and flesh squelching (there are a couple of very violent sequences). Emotional details. These noises provide the film with an outer aura and an extra layer of sentiment.