T/dropcap]his is an original tale, in more ways than one. This is, after all, the most radical re-working of the Peter Pan mythos to date, shifting the tale from the comforting fog that falls down on London, to the more industrial backdrop of the American South. Wendy (Devin France) is now presented as a wild spirit, an enterprising young girl eager to latch onto the trains that race down the local track. To her surprise, the train takes her to a volcanic island, where children soar and adventure beckons.

Beautifully presented, and directed with sophisticated flair for a film aimed at children, Wendy is an inventive addition to the ever expanding fairytale. Most adaptations focus on Peter Pan, the rambunctious starlet who travels over land and sea with tremendous ease, but this film pivots the focus on Wendy Darling, nominally the secondary character and occasional love interest. Granted, France’s performance is a little overshadowed by the more vibrant Yashua Mack (playing Peter Pan; apparently the first time the role has been given to a black actor in film), but she does make for a compelling lead, especially in the earlier, more drab like, scenes. This is a girl unfazed by train crashes or water slides, who fashions her mindset on a world beyond the train tracks. And then there’s James (Kevin Pugh), a precocious child who abandons his family for a life of piracy beyond the iron tracks. 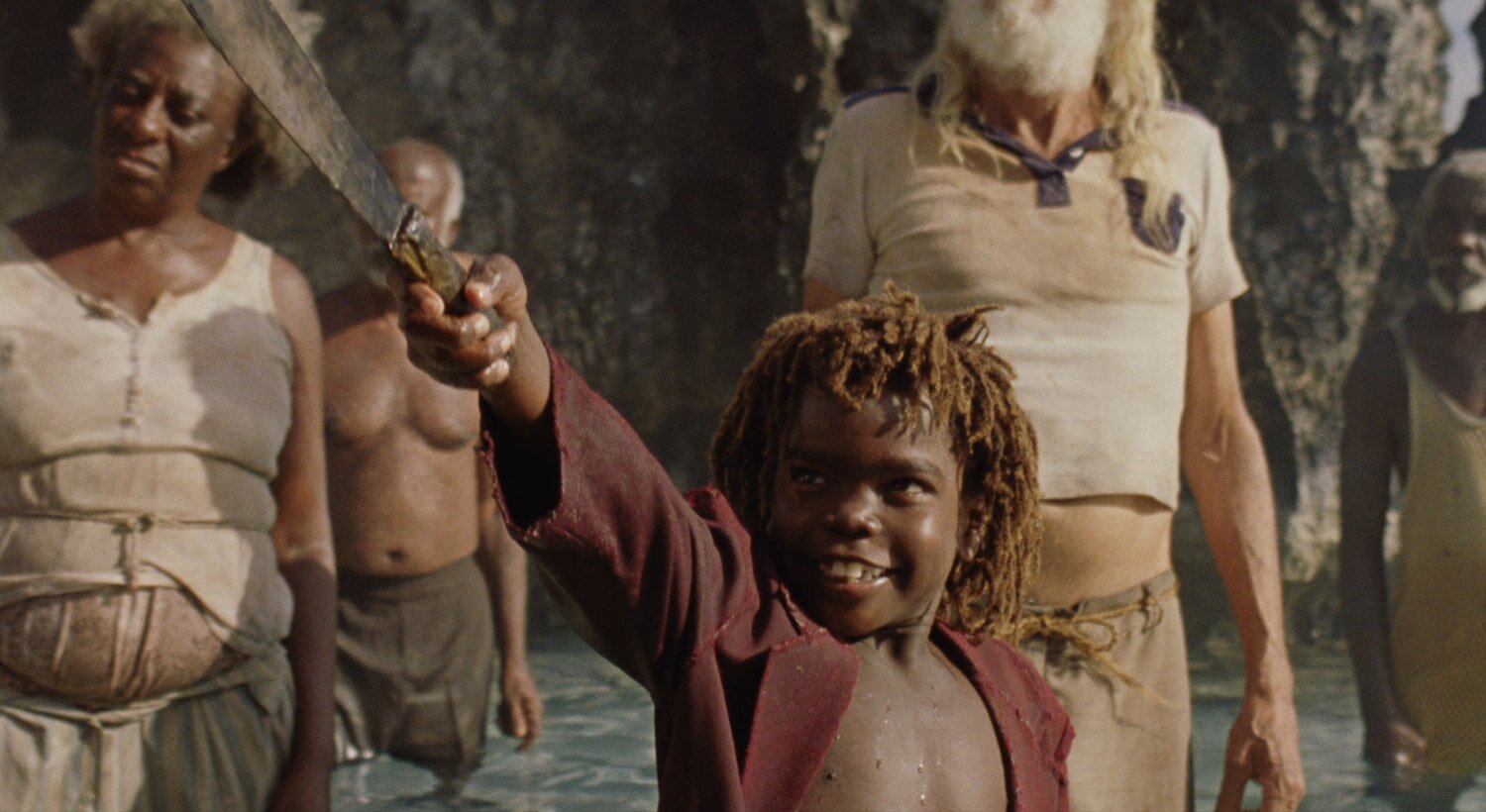 For such young actors, the performances are stellar, although they do begin to lose steam once the threat of adulthood beckons. As if offering the children eternal youth, the island also holds a more sinister quality, calling them to cast off their shackles and age accordingly. If there’s a fable, it’s a hard one to make out, and the film doesn’t know whether to caution viewers, or invite them, to chase adventure by the close of the picture.

This is not a reflection of the cinematography: There are many dazzling silhouettes, some of them centred in the air, others in the heart of the American sea. Director Behn Zeitlin lets the camera soar during one of the film’s more memorable set pieces, and offers viewers the chance to fly with the children. The island looks stunning, presenting itself as the very place a nine-year-old would yearn to live in. And maybe that’s the point. Sometimes you don’t need a great message to live your life by – you just need to feel free!

Wendy is in cinemas on Friday, August 13th