"Dirty gem"
This highly lyrical Indonesian movie is a reflection on a life lived in full, exploring desire, looking for knowledge and embracing the intangible in an all-too-material world - from the Locarno Film Festival

TThis coming-of-age movie is loosely based on the life of Indonesian dancer Rianto, who also narrates the story. His appearances serve as a framing device, bookending four tales of discovery and growth occurred in different ages.

Rianto’s cinematic counterpart is named Juno. The feature follows him as he grows from a child in a rural community to an entrancing performer who disrupts a local election. Foregoing the traditional biopic approach, the script – which was penned by the director – is more concerned with the formative aspect of the boy’s experiences than with a regular chronology, using ellipses and stylistic detours as it sees fit.

Taking a cue from the poster from David Bowie – pop culture’s patron saint of transformation – which is seen in the beginning of the film, the protagonist’s journey is a process of assimilation and change, in which everything that is lived becomes a transformative knowledge. Right in the first story, in which he discovers which hens are due to lay eggs through his fingers, he realises the importance of the body in this process. This leads him to the Lengger – an ancient traditional Indionesian dance. 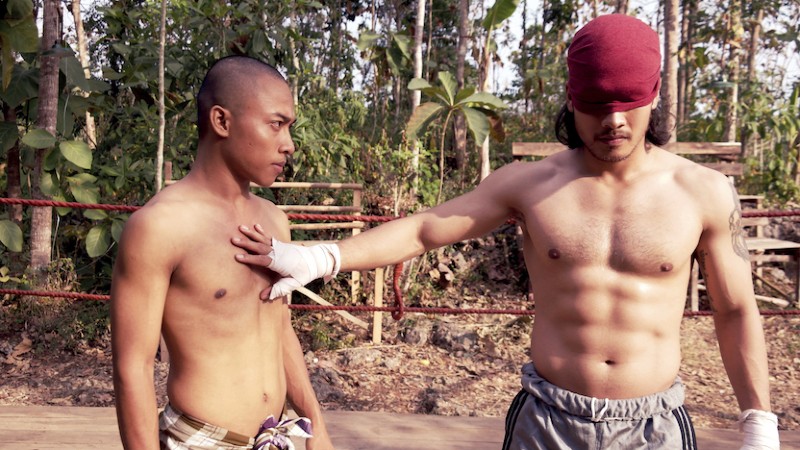 As Juno’s Lengger technique expands, the film reinforces the idea that everything is dance, in the sense that it is a form of movement which is experienced by the body. Because the dancer sees it so, he can pick up abilities easily and those allow him to move forward.

His sight is capable of measuring people without touching them. His touch makes him a skilful couturier. His connection to the elements renders him desirable by both politicians and wizards. In the middle of all this, he takes everything in: he falls in love, he gets abandoned, he finds his true calling, he loses his family, he roams the country and he has tons of sex.

The narrator ascertains that “destiny lives in the grace of your body”, and this statement summarises the film quite neatly. Memories of My Body suggests a reality where the line between physicality and the world around it is very thin.

Memories of My Body is showing as part of the Locarno Film Festival. You can watch the movie by clicking here.

A self-contained nunnery finds itself intersecting with the forces of history in this mostly academic movie - running as part of Locarno Film Festival [Read More...]