A brotherly drama set against the backdrop of a deadly baby trafficking ring, Songlap has far less edge than its one-line premise suggests. Neither compelling enough to work as drama or dirty enough to engage us in its action sequences, Songlap straddles a line between social realist drama and generic gangland tropes.

Set against the gritty streets of Kaula Lumpur, where getting by appears to be a difficult task, Songlap tells the story of Am (Shaheizy Sam) and Ad (Syafie Naswip). We meet them at the start of the film handing over a newborn baby for cash. This is done in a completely matter-of-fact way, suggesting that this is a routine action for them. They have been roped into working for a ruthless syndicate that ruthlessly profit out of human life.

The younger Am starts having doubts about the business after the death of his friend to a heroin overdose — filmed in a particularly depressing kitchen sink-style. For want of a therapist, he starts patrolling the services of a local, older prostitute. Not for sex though. Like Holden Caulfield, the poor boy just wants to talk. Through these conversations and other revelations, such as finding out that his friend’s sister is being used for her body, he has a change of heart, quite at odds with his brother, who blows most of his cash on gambling. By the end, they butt heads while the world around them slowly closes in. 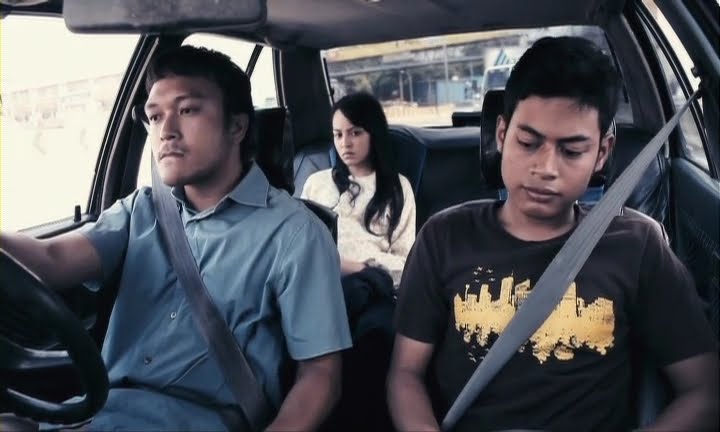 Since the films release in 2011, both Sam and Nawswip have risen to become two of the biggest stars in Malaysia. You can see why. They both have a natural screen presence, even in a substandard film such as this. While working well together, they can’t do much to elevate a messy screenplay, uninteresting digital photography and a mutual enemy that never once manages to convince.

Additionally, the music, featuring tremolo-heavy guitars, breakbeats and indie songs, blankets the entire film in a strange tone seemingly at odds with the seriousness the material deserves. Neither an ironic counterpoint or particularly suitable to what’s happening on screen, it almost completely disconnected me from the action on screen.

While there is perhaps some potentially rich content to mine here, such as the meaning of family, the conflict between money and morality, and the difficulty of living an authentic life in difficult circumstances, directors Fariza Azlina and Effendee leaves one wanting for something far simpler and more unashamedly entertaining. While deserving credit for the darkness and bravery of its subject matter, they cannot give the material the execution it needs to truly sing. Ultimately, the title of the film — a Malay slang word that either means to make something disappear or to launder funds and make them go away— feels apt: a great idea that disappears under a barrage of needless clichés.

Songlap plays as part of the Locarno Film Festival’s Open Doors segment, focusing on South East Asian and Mongolian cinema, running online between August 5th and 15th. You can watch the film by clicking here.

A self-contained nunnery finds itself intersecting with the forces of history in this mostly academic movie - running as part of Locarno Film Festival [Read More...]