"Dirty gem"
Christophe Honoré unofficially reimagines Charles Dickens's A Christmas Carol as a French sex comedy starring a Chiara Mastroianni at the top of her game - on VoD on Friday, June 19th

Unlike Scrooge (the protagonist in Dickens’s novel), the greed of university professor Maria (Mastroianni) is not financial, but sentimental: over the years of her marriage to Richard (Benjamin Biolay), she became closed and reserved, having numerous extramarital affairs with younger men.

After one of these escapades, Richard finds compromising messages on her cell phone and confronts her, which makes her leave the house and spend the night in a hotel across the street. There, she is visited by a twenty-something version of her husband (Vincent Lacoste), as well as all of her former flames – and is forced to face her past head-on.

One visitor in particular arrives with an indecent proposal: Irène (Camille Cottin), the lover Richard left previously to marry Maria, asks for permission to rekindle the relationship with him. Being delighted to magically find the version of Richard she fell in love with decades ago, she allows Irène to try her luck with the older version of her husband.

The script – penned by Honoré himself – makes the plot unfold as a great marital discussion filled with fantastical elements. Richard is the man who, in the face of marital disappointment and the return of his former love, wonders whether he has made the right decision. Maria is a multifaceted creature. 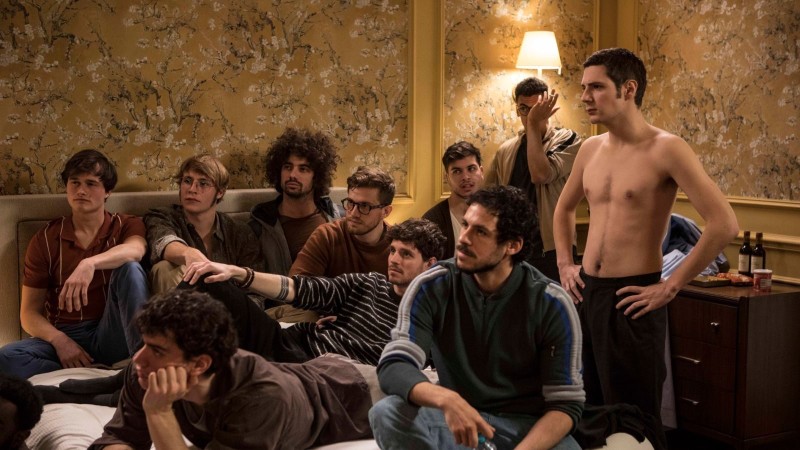 She believes in love, but lies to herself about its nature. She does not show an ounce of remorse for her infidelity and always finds a justification for her behaviour. During the fight with Richard, she goes so far as to say that affairs are the way long-term marriages survive.

By romanticising the past, she holds onto the version of Richard who was left behind and, because of that, she always looks for new men to experience again that passion of yore, refusing to build something out of the present. Her husband gets to the heart of this very issue by concluding, around 50 minutes into the film: “Love is always a shared place, a past”.

Ultimately, On a Magical Night is a fable about reconciling with your emotional baggage. It raises pertinent questions about love. With an impeccable production design (courtesy of Stéphane Taillasson) and charms galore, the film is the perfect pick for a romantic night in. Just be prepared for a difficult conversation with your partner afterwards.

On a Magical Night is out on VoD on Friday, June 19th.