"Filthy genius movie"
Spectacular Iranian movie divided into four short stories reflects about the complacence, the complicity and the morality of killing - finally available on VoD

Iran is a peaceful and civilised country, at least on the surface. A father lives with his wife and daughter in the bustling and surprisingly safe Tehran. They discuss banalities of daily life, go to the supermarket, eat pizza at the restaurant. Their lifestyle is relatable to any Western family. The father is doting and avuncular, his devotion to the two females clear to see in his pearly black eyes. This is the uncle you’d love to have, the neighbour with whom you’d happily share a beer (or perhaps a coffee since alcohol is prohibited in the Middle Eastern nation). But your allegiance might change in one split second, once this man pushes a single button. What follows is perhaps one of the most jarring sequences in the history of Iranian cinema. It feels like a punch in the stomach.

In the second short story, a young man serving in the military has been chosen to carry out an execution the following day. All he has to do is kick a stool under the convict, allowing the man to die by hanging. But he is unable to bring himself to do it. There is no way out: military service is compulsory for young males in Iran. And they could be court-martialed if they refuse to abide by the rules. The hapless man attempts to negotiate with his fellow soldiers so that someone can carry out the grim task on his behalf. Money comes into the equation. Complex moral questions about accountability are raised. Is handing the task of killing over to someone else a noble or a cowardly action? Who is accountable for the death, the government or the executioner? And does the law offer a reliable moral compass? I can’t tell you what happens next without spoiling the story for you.

A soldier returns home for three days so that he can attend his girlfriend’s birthday, for the third instalment. But the rural community where she lives is mourning the death of a much cherished member. The local teacher was executed due to his political activism. For some reason, the young soldier is sad and introspective, unable to share the joy of the occasion. What follows is an extremely awkward and bizarre birthday celebration. A song overflowing with ironic and sombre lyricism. And this isn’t the film’s only musical glory. The anti-fascist anthem Bella Ciao is played earlier. But you will have to watch the film in order to find out why.

For the fourth and final part of the movie, also set in rural Iran, a young woman returns from Germany in order to visit some relatives. One of them is dying, and he has a secret to share with the female before he passes away. He invites her to kill a fox that’s eating his chickens so that she can learn how to shoot, but she turns down the offer. Once again, moral questions are raised. Do human beings have the right to kill animals in order to protect their property? Are the lives of animals worthy less than the lives of human beings? 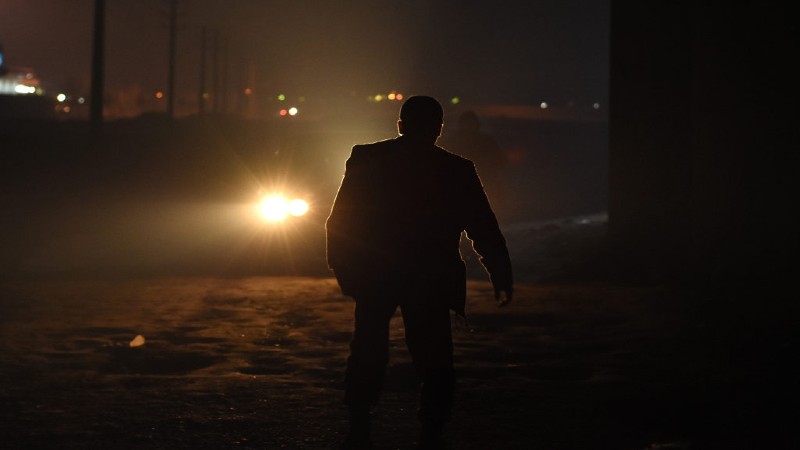 This is not the end of There Is No Evil. There’s a final twist that connects the short stories in more ways than one. It’s entirely unexpected, profoundly heart-warming and poignant. This is not a didactic movie. The title suggests complacence, but the four stories reveal a far more complex morality. The theocratic regime that rules Iran will not be pleased about such audacious sociopolitical reflection. In fact, the government has imposed a lifetime filmmaking ban on the 48-year-old director, who has been repeatedly arrested and convicted. He is accused of “gathering and collusion against national security and of propaganda against the system”.

This is Iranian cinema at its very best, in every sense. It has the virtuous sensibility of Mohsen Makhmalbaf, the ingenious car conversations and technical wizardly of Abbas Kiarostami, the political explosiveness of Jafar Panahi, the multilayered personal relationships and surprising twists of Asghar Farhadi.

The cinematography of the last two stories, set in two very different rural areas (in the arid mountains and the verdant woods), is nothing short of spectacular, with vibrant and explosive colours. The actors are brimming with humanity and compassion. A genuinely unforgettable movie. Be prepared for shocking twists, and a truly mind-bending experience. This is one of the most powerful movies I have seen in years. Perhaps in my lifetime.

There Is No Evil showed in Competition at the 70th Berlinale, when this piece was originally written. It won the much coveted Golden Bear. It was out in the UK between March 7th and 10th as part of the Glasgow Film Festival. In cinemas on Friday, December 3rd. On various VoD platforms (including Netflix and Amazon Prime) on Friday, December 17th.