"Dirty gem"
Homosexuality of nine-year-old begins to flourish as he contends with his dysfunctional household, in lyrical drama based on eponymous novel - in cinemas and also on VoD

Three mixed-race boys – Manny (Isaiah Kristian), Joel (Josiah Gabriel) and Jonah (Evan Rosado) – live with their parents (Raúl Castillo and Sheila Vand) somewhere in upstate New York. They affectionately call them “Ma” and “Paps”. The affection that they receive in exchange, however, is extremely volatile. Paps is the stereotypical über macho type who uses violence as his main currency. He’s abrupt and short-tempered. Ma is vulnerable. She allows Paps to manipulate and abuse her. The three children often come across as far more emotionally held-together than their parents. 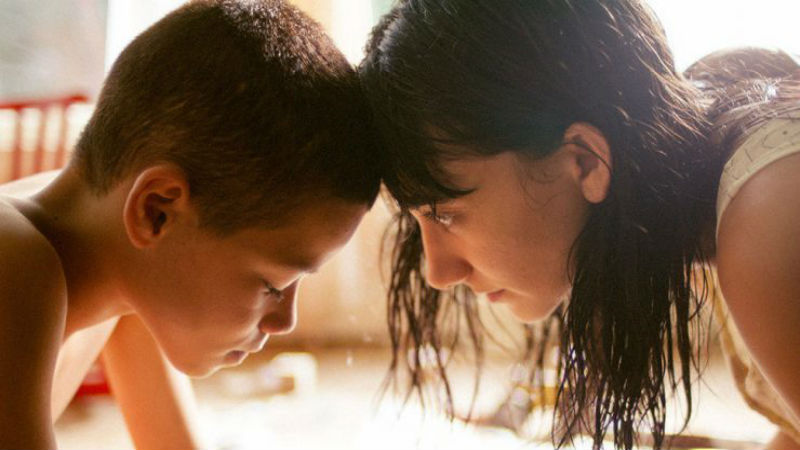 Nine-year-old Jonah, the youngest of the three boys, is also the most sensitive person in the family. While Manny and Joel attempted to emulate their father’s grotesque sense of masculinity, Jonah prefers to go into hiding. Drawing is his venting outlet. He does it from under the bed, as if finding shelter from the stormy family life outside. He’s Ma’s favourite, and also her safe harbour. She demands: “promise me you’ll be nine forever”. The first signs of Jonah’s sexuality are beginning to show. He is infatuated with a slightly older blond friend, and his drawings contain very explicit homoerotic elements. The LGBT topic, however, is secondary.

We The Animals is a gentle yet harrowing tale about a premature coming-of-age in a fractured home, mainly seen from the perspective of the child. It’s very honest and brutal, without slipping into cliches. The action is interspersed by Jonah’s hand drawings fully animated. It’s as if Jonah’s angst and fantasies were given a lease of life. These drawings include both violence and sexual elements. The montage is exquisite, supported by an electrifying soundtrack. Jarring sound effects accentuate the violence. And Jonah’s battling with his hormones and emotions. 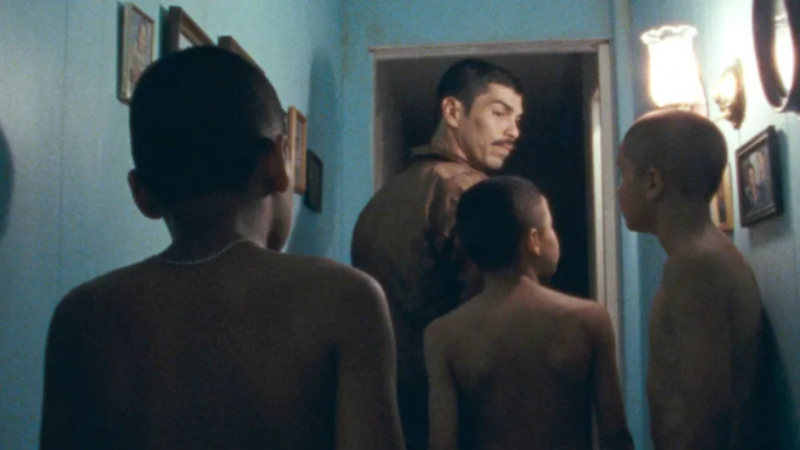 One of the most cathartic moments of the film takes place in the back of a pickup truck, where the boisterous three brothers enjoy each other’s companies. They jump, they roar and they hug each other. Despite their differences, there seems to be a strong connection between them.

Towards the end of the film, Jonah finds a very peculiar hiding place: a grave that his father inexplicably dug in their garden. This is where he allows his imagination to fly as high as possible. Breaking away from his broken family is often the only way to allow his creativity to flourish. His “flight of imagination” inside the mysterious grave is the most poetic and technically accomplished sequence of the film. We the Animals is poetical journey through childhood worth taking.

We the Animals shows at BFI Flare, taking place between March 21st and 31st. It is out in cinemas on Friday, June 14th. On VoD the following Monday. The film is based on the novel by the same name, written by Justin Torres.

The life of 18-year-old Nic Sheff is turned upside down after he becomes addicted to crystal meth, in this cinema adaptation of best-selling books by Nic and his father David - now available on VoD [Read More...]

Touching yet at times gruesome doc examines the lives of the outcasts in one of the most remote and unlikely places of the American Deep South - in cinemas and VoD [Read More...]