"Filthy genius movie"
Exquisite Vietnamese drama investigates a society where tradition and social expectation govern the lives of everyone, and a woman is defined by the ability to reproduce - now available on VoD

Against the beautiful backdrop of a river flowing between high, jungle covered mountains, the lovely 14-year-old May is transported towards her new home where she is to become the third wife of a rich landowner. May’s destiny, and the respect she gains, is dependent on whether she can produce a male child for her husband. Set in 19th century Vietnam, this is a portrait of a society where tradition and social expectation govern the lives of everyone. Those who can fulfil what is expected of them gain respect and prestige. Those who do not or break the rules of tradition can, at best, be second class citizens or, at worst, lead lives of disappointment and heartbreak.

The matriarch who dominates the household, where May must settle, is still not considered the chief wife as she has not yet produced the expected male child. May’s marriage is consummated. She then settles down for most of the film awaiting the birth of her child. She enters a mostly female society (or rather a society where women have a very detached relation with men). The little intimacies of life together, playing with the children, attending a Buddhist festival, cooking and attending to the domestic needs, slaughtering a cockerel, comforting a dying donkey are portrayed in detail. It seems to be a society where women exist on a separate sphere and are totally subordinated to social needs – yet not quite. 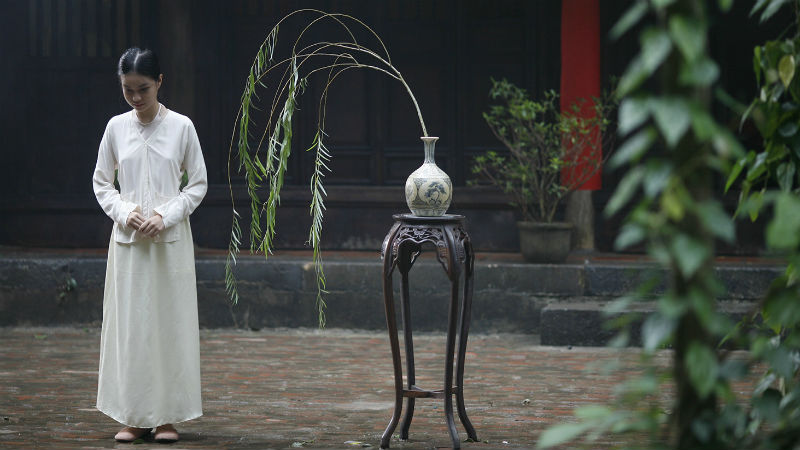 May discovers that the matriarch is slipping off in the early morning to a love tryst with a young man. They make passionate love in a bamboo grove. Eventually the young man is told that he, too, must enter into an arranged marriage. He is passionately in love and cannot bear the idea of separating from the woman he truly loves. On his wedding night he rejects his innocent new wife. She is scorned by her own father for failing to come up to expectations and in despair hangs herself.

Everyone in this culture must come up to expectations – female and male. Innocence is no excuse. Authenticity is forbidden. As we all know, this is not only a Vietnamese problem. Wherever the rights of property, social expectation, the convenience of those who make the rules hold sway, individuals are crushed and set aside. May attempts lesbian love with the matriarch figure but is firmly told by the woman she desires that this cannot be done.

The glory of this film is that all this is put forward without unnecessary drama or emotionalism, except when the young man is told he must enter an arranged marriage. Those who do not conform are told that what they are doing is wrong or wrong-headed. The cruelties of life are conveyed by defeated faces, glances and silence, which is actually what happens in most families. 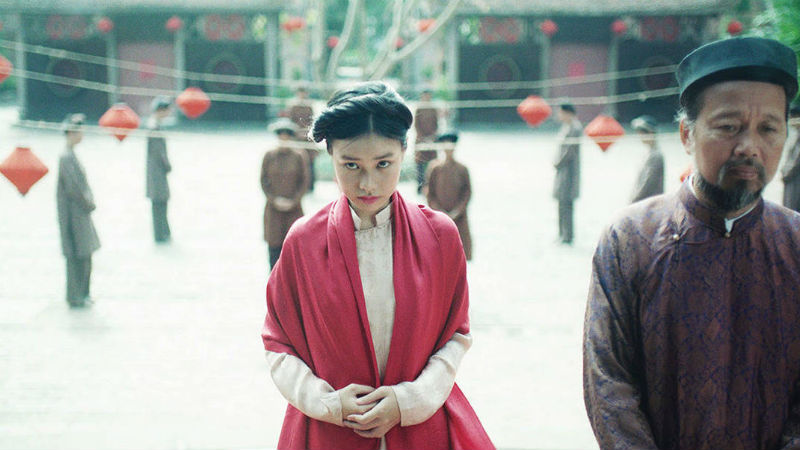 This film is very South East Asian in its sensibility. The director Ash Mayfair is Vietnamese female. It is as exquisite as the Chinese culture, illustrated in a pre-colonial context in this film, which so influenced Vietnam. The consummation of May’s marriage is conveyed by the custom by placing an egg yolk near her navel, which the husband then delicately swallows before performing his role. His role is conveyed by a shot of two silk worms, writhing slowly on leaves – an original way to symbolise a penis. Indeed, throughout the film silk worms are a metaphor of the biological processes which so dominate the lives depicted. This film is as exquisite as a ceramic vase and yet in its delicacy it effectively conveys the brutal truths it carries.

It is also a very feminine story in its view. Men have a powerful effect in this film, but they seem to be more off stage than anywhere else. It is the interaction of women between themselves that sets the tone. The performances given by the actors are convincing, well-timed and heartfelt. The other great star of this movie is the Vietnamese landscape with its tall, beautiful mountains, lush jungle, the flight of slim, elegant birds and the light of the late evening. Its images will linger in your mind for a long time afterwards.

The Third Wife is in cinemas Friday, May 31st. On VoD Monday, August 12th.