It all starts with the mobile footage of a young woman called Marziyeh (Marziyeh Rezaie) in what looks like a cave. She’s gasping and panting. She dreams of becoming a film artist, but her traditional family and community in Northwestern Iran (near the Turkish border) have prevented her from taking up her studies at the Tehran drama conservatory, she alleges. She’s hopeless, and she’s prepared to take her own life. She reveals a noose and points the camera up to the wooden branch from which the rope is hanging. Next the phone drops and clatters on the floor.

Cut to a moving car. The filmmaker Jafar Panahi and the beautiful and red-haired Iranian actress Behnaz Jafari (both playing themselves) discuss whether the Marzieh’s video is real. It’s never entirely clear how the footage got to them. Instead, the focus of the conversation is on whether Marziyeh indeed killed herself or this is a clever ruse. Panahi argues that “only a pro” could edit such video, suggesting that Marzieh might indeed be dead. They drive towards her community in order to find out the truth.

The “three faces” in the film title refers to the face of the filmmaker (Panahi), the famous actress (Jafari) and the dreamer (Rezaie). 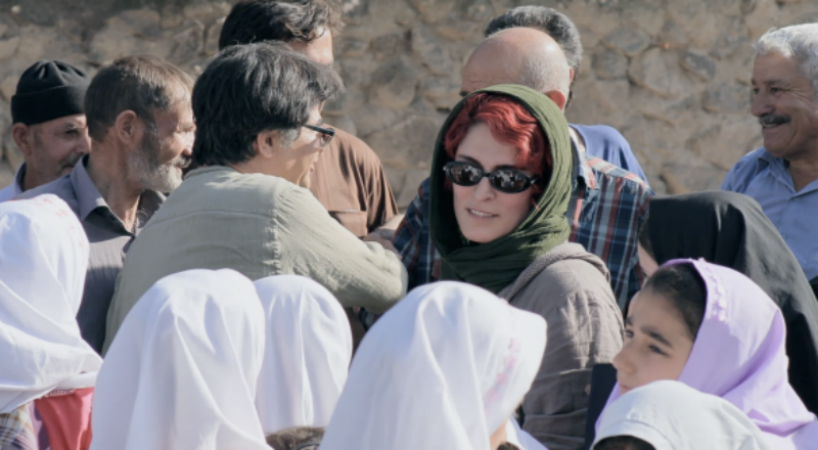 Many questions are raised. Was Marziyeh’s profoundly disturbed? Or was she indeed imprisoned by old traditions that prevented her from embracing the toxic and subversive Seventh Art? Or is this a very clever act? And if so, does love for film justify such extreme tactics? Did she have an accomplice? Gradually, Panahi and Jafari uncover the truth. Not everyone in Marzieh’s community was unsupportive of her, but the obstacles were indeed very high. One thing is clear: a career in cinema is hardly a palpable achievement for someone from such a rural, remote and impoverished background.

3 Faces is not a politically incendiary movie, unlike Panahi’s previous Offside (2006), This is Not a Film (2011) and Taxi (2015). It does, however, quickly acknowledge Panahi’s house arrest and prohibition to leave the country (a “light” punishment compared to Mohsen Makhmalbaf, who lives in exile and is often hunted down by the country’s secret service), but does not go any further. Instead, 3 Faces returns to the old tradition of Iranian cinema of the 1990s, in its narrative/formal wizardry. It’s meditative, lyrical and cryptic, a lot like The Taste of Cherry (Abbas Kiarostami, 1995).

Cinema is a powerful venting outlet for people everywhere. It is a window of dreams. It’s unsurprising that many rural people dream of becoming a movie star, and that they are willing to resort to draconian measures in order to achieve what their objective, or to chastise themselves in case they do not achieve it. 3 Faces will ring bells with those who have seen Close Up (Abbas Kiarostami, 1990), about a cinephile who wants to meet his favourite filmmaker, and Hello Cinema (Mohsen Makhmalbaf, 1995), about villagers auditioning to become a film star. For those of you who have seen the latter, Marziyeh’s predicament is extremely similar to the blind man’s (in Makhmalbaf’s film). Moreover, all three Iranian films illustrate the passion for cinema by playing with narrative devices and foregrounding the cinematic apparatus (ie. the film director is the film protagonist). 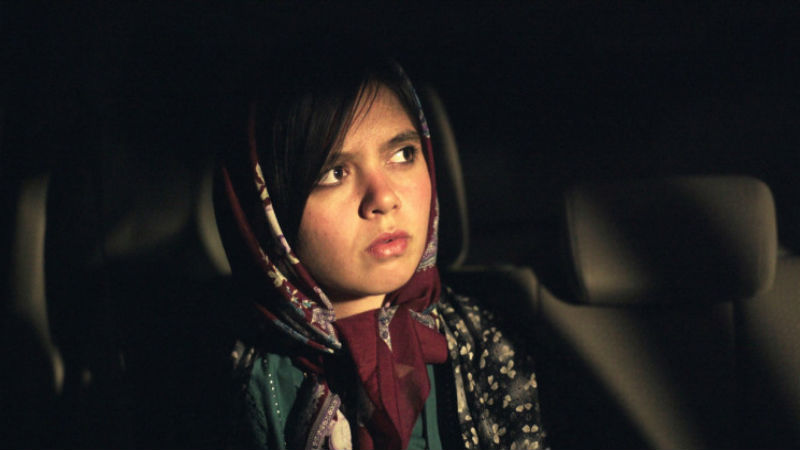 The presence of Panahi is neither exhibitionist nor narcissistic. The Iranian director is not Woody Allen, always cocky and super confident of his artistic and sexual allure. Instead, Panahi is a quiet, casual, demure and pensive character. He’s the avuncular filmmaker or uncle that everyone would love to have.

Most of the questions raised above are answered roughly halfway through the film, and the second half of the feature becomes a little jumbled and redundant. Panahi comes across some peculiar traditions: the refusal to kill a suffering bull, saving the foreskin of the circumcised, honking the car in order to negotiate with local drivers, and so on. But the significance of these themes does not come full circle. The final sequence, however, is quite meaningful. It revisits the beginning of the movie. Except that this time the tables have turned.

3 Faces is out in cinemas across the UK on Friday, March 29th.

The most radical film twist

The Iranian filmmaker Abbas Kiarostami hasn't died; he's just toying with us as he carries out his latest cinematic experiment [Read More...]