"Filthy genius movie"
Francois Ozon's 18th feature film is by far his most politically engaged and incendiary one; it's a very timely call-to-action against paedophilia in the Catholic Church - Silver Bear winner is now on VoD (including Netflix)

Francois Ozon is best remembered for his psychological dramas, psychosexual thrillers and twisted comedies. He has now moved into an almost entirely new territory: Catholic faith and paedophilia. The outcome is nothing short of magnificent. The director paints a profoundly humanistic portrayal of the sexual abuse victims of real-life priest Father Bernard Preynat (Bernard Verley), thereby denouncing the silence and the complacence of the Catholic hierarchy.

By the Grace of God follows the steps of 40-year-old father-of-five and respectable professional Alexandre (Melvil Poupard). He decides to confront Father Preynat, who abused him 30 years earlier, upon finding out in 2014 that the priest still working closely with children. The problem is that the crime took place in 1991 and it has now prescribed (exceeding the 20-year threshold for legal action), and so Alexandre searches for more recent victims of Father Preynat, in a Goliath versus David battle against the extremely powerful and millenary Catholic Church.

The other victims are reluctant at first. A man called Didier refuses to cooperate. Didier and his brother were consistently abused by Father Preynat. The latter was unable to come to terms with the abuse and therefore committed suicide. Slowly and reluctantly, other victims begin to come forward. Alexandre, Francois (Denis Menochet) and Emmanuel (Swann Arlaud) begin a legal battle against the Church, and soon the scandal is splashed on the pages of every local newspaper. 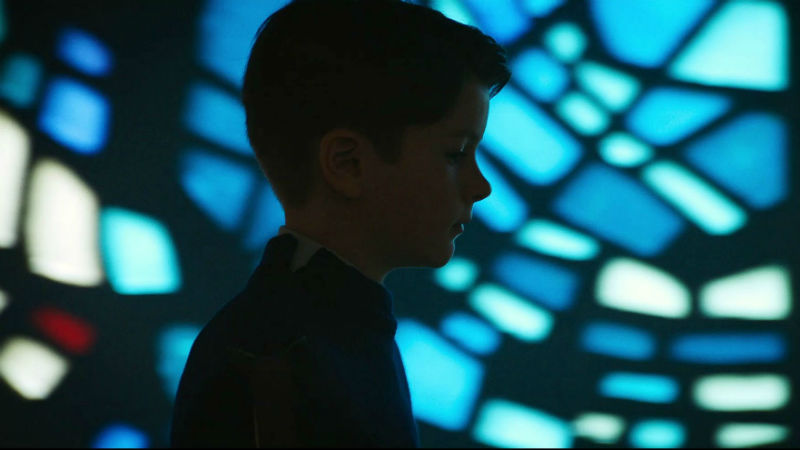 Cardinal Barbarin (François Marthouret) at first refuses to budge, affirming that Preynat will remain a priest “for as long as he lives”. He eventually promises to defrock Preynat, as the public commotion spirals out of control and he bows to pressure. During a press conference, he commits a very embarrassing Freudian slip: he says that “thank god” most of the crimes have now expired (hence the film title Grâce à Dieu, which would indeed translate more neatly into “Thank God”). This little slip of the tongue epitomises the Church’s complacence and complicity with paedophilic priests, and it’s a great choice for the film title.

The performances are impeccable. The deconstruction of normative masculinity is a recurring theme in Ozon’s filmography. In Time To Leave (2005) he deconstructs such masculinity through collapsing health. In The New Girlfriend (2014) he does it through cross-dressing. In Frantz (2016) through death and war. And so on. This time he opted to deconstruct masculinity through sexual abuse. It’s not often we see a group of men coming together in order to talk about being victims of paedophilia. The victims of rape tend to be females. Boys don’t cry. Let alone get raped. The rape of males is still a taboo. In By the Grace of God, however, things are a little different. Men cry very loud. Men kill themselves. Emmanuel has seizures upon remembering the traumatic events.

At 137 minutes, By the Grace of God never gets tedious. The dialogues are extremely cunning, often delivered in a voice-over with the content from the letters written by the victims and their relatives. The abuse itself is never illustrated, and even the verbal description is never too graphic and shocking (at least not in comparison to Pablo Larrain’s extremely verbally explicit The Club, from two years ago). 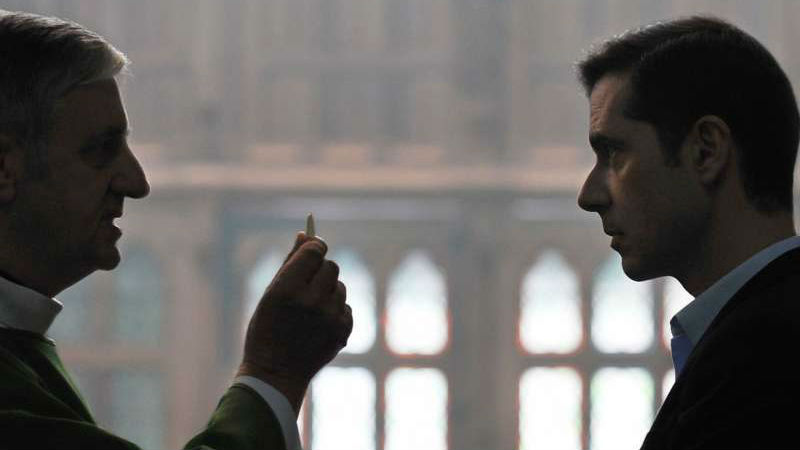 At one point, it is suggested that there a link between homosexuality and paedophilia (a connection easily made since all of Preynart’s victims were male). Ozon immediately dismisses this suggestion, reminding viewers that paedophilia is illegal yet not homosexuality (Ozon is openly gay himself). The Church attempts to play to compassion card in an attempt to dodge prosecution, but Alexandre reminds the clergy that such “forgiveness” would equate to him remaining both a prisoner and a perpetual victim of Preynart.

Ozon attempts to exempt the Pope. Alexandre is motivated by the fact that Pope Francis has been so vocal about denouncing paedophilia. The French filmmaker seems to suggest that the progressive Holy Priest is attempting to change the Catholic Church. He does not, however, exempt Cardinal Barbarin and the Catholic Church as a whole. Ozon goes even further. He indicts the relatives that opted for silence and leniency, such as Alexandre’s parents.

At the end of the film, we are informed that Cardinal Barbarin’s trial is set to end in just a few weeks, on March 7th. Ozon is using cinema as a weapon for transformation. By the Grace of God is intended to pressurise the French justice system so that justice is finally served, reminding powerful cardinals that no one is above the law. Priests should face justice, not just ask for “forgiveness” and get send to a remote “club” in the South of Chile (as denounced in Larrain’s film). The hierarchy should also be held accountable. Far more significantly, By the Grace of God is a call-to-action. Victims of sexual abuse, step forward. Friends and relatives, support them. Silence and complacence should never prevail.

By the Grace of God premiered at the 69th Berlin International Film Festival, when this piece was originally written. It won the Silver Bear. It premieres in London in October as part of the BFI London Film Festival and the Cambridge Film Festival. It’s out in cinemas on Friday, October 25th. On Curzon Home Cinema, Amazon Prime and Netflix in August.