"Greasy movie"
Mongolian film by veteran Chinese filmmaker is both a pleasant and audacious surprise, premiering at the BFI London Film Festival

Wang Quan’an’s Ondog is one of those sensory filmic experiences where the narrative is extremely slow and seemingly secondary. The Sixth Generation Chinese director has filmed his latest movie on the vast Mongolian steppe, one of the most sparsely populated places on Earth. He attempts to find vibrant colours and peculiar human existences in a seemingly bleak and lifeless environment.

It all starts when the body of a naked woman is found on the reeds. The police are quickly notified and they arrive to investigate the apparent passion killing. A young herdswoman known locally as “dinosaur” is summoned in order to keep company to an 18-year-old officer who has to spend the night at the crime scene. There’s no one else within a radius of 100 kilometres, we are told. The female is extremely skilled. She dwells entirely on her own, with a small herd of goats and cows. She can handle a rifle and fend for herself. She only requires a neighbour’s help when she needs to slaughter a goat. Otherwise, men (and humans in general) are entirely redundant to her. 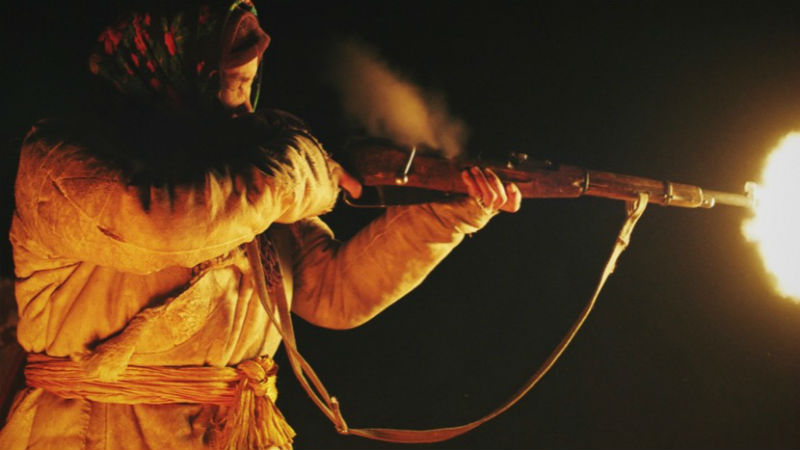 The herdswoman and the young officer spend the cold night together. Alcohol helps to keep them warm and talkative. Eventually, they break the ice. The herdswoman makes an advance and they have sex. This is one of the most distinctive sex sequence I have ever watched in film because it’s extremely cold and they keep an enormous amount of layers on while having coitus. The action is very moving in its quirkiness and eccentricity. The young officer parts the following morning. The woman soon finds out that she’s pregnant. Could a baby change the way she engages (or rather refrains from engaging) with the rest of the world? Will the “dinosaur” finally become civilised?

The photography of Ondong is urgent in its simplicity. Audiences used to frames populated with rich details on every corner of the screen might find such visual candour a little unusual. Here it is the vastness that prevails. The never-ending grasslands flood the screen. Their colour is constantly changing along with the clouds and the shifting sky. You will see various shades of yellow and blue, and everything in between. Very little artificial lighting is used, allowing nature to paint the landscapes instead. A little bit like a Monet painting. This is an impressionistic film. There are very few close-ups and medium close-ups, and copious wide/very wide shots, ensuring that the characters distant and mysterious. 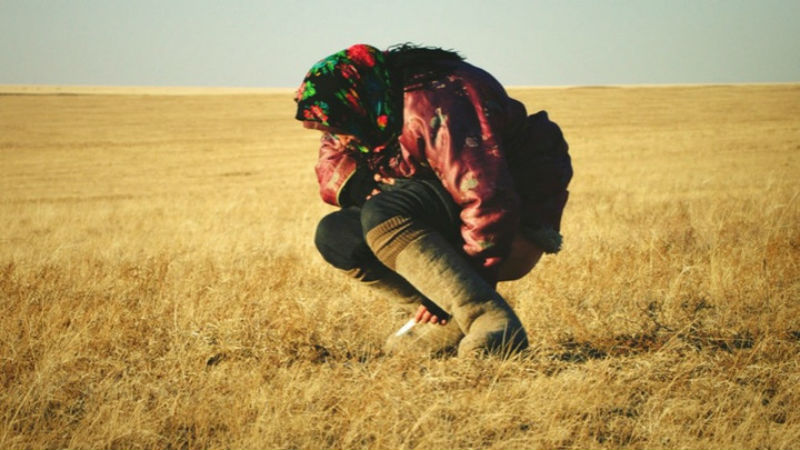 The frankness of Ondong is guaranteed to raise a few eyebrows in the UK. The slaughtering of a goat is depicted in graphic detail. The herdswoman lights a cigarette shortly after finding out she’s pregnant. Not recommended by British doctors. Yet, Ondong is unlikely to make it to UK cinemas. It’s quite remarkable and audacious that it made it to the competition of the Berlin Film Festival. I commend the Festival Director and curator Dieter Koslick for his choice. Cannes would never pick such an unconventional film. We should be grateful that prestigious festivals are still willing to take risks.

Ondog showed in competition at the 69th Berlinale, when this piece was originally written. It premieres in the UK in October, as part of the BFI London Film Festival.