Marianne Farley is the only female director to receive an Oscar nod this year, for her short film Marguerite (about an older woman coming to terms with her sexuality); she talks to us about generational themes, representation and more!

One year after the #MeToo movement swept the world, the Academy finds itself in the notable situation that none of the best director nominees were female. Lynne Ramsey’s You Were Never Really Here offered an esoteric perspective on violence, Mimi Leder’s On The Basis Of Sex a thorough look through the legal field, Marielle Heller’s Can You Ever Forgive Me? a mercurial montage of deception and conceit, while the boldly impressionistic The Rider demonstrated Chloe Zao’s formidable talents. None of these brilliant female filmmakers were recognised.

Yet the Academy did recognise one female director among the Best Short Film nominees, for the riveting Marguerite ( an elderly woman curtailing her suppressed feelings for another woman). The Quebeqois actress Marianne Farley switched to directing, helming on a generational study masked by illness and love. She spoke to our dirty Eoghan Lyng about her about receiving an Oscar nomination, generational themes, gender representation and much more!

Eoghan Lyng – Congratulations on your Oscar nomination. How do you stand on the knowledge being the only female director nominee?

Marianne Farley – Thank you. I have mixed feelings, I’m very proud to be the one, but there should be more than me. There should be at least half. I think it will change over the years, I’m really hopeful. I cannot believe Lynne Ramsey didn’t get in, as a director, every shot was perfect. She really is a role model to me [her film You Were Never Really Here is pictured below]. We tend to think of women who direct, like my film, to make very feminine and sensitive films. What she did, she made such a violent film., but with such humanity.

EL – There are generational themes at play. How did you comprehend voicing a generation separate to your own?

MF – The whole premise is based on what I went through and what my grandmother did. She was very religious, got married and had kids. It’s what she wanted to do, but very different to the reality I grew up in, women from my grandmother’s generation didn’t really have choices, unlike mine, we have more choice. So, I was investigating the reasons, just trying to shed light between those experiences and moments. 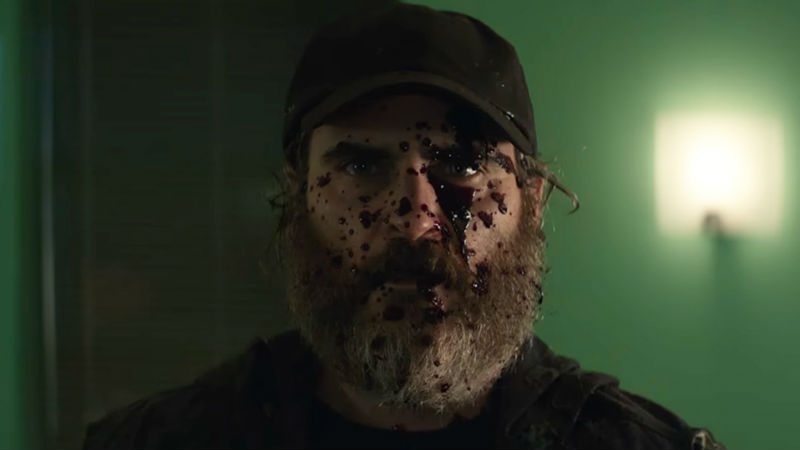 MF – Obviously how vulnerable you are in front of the camera, how you’re trying to find the character on the first day. On a short film, you’ve got three, four days. I knew how the actresses would feel, they’d feel vulnerable. I really wanted the crew to respect the bubble I wanted to create. As an actress, actors have to be bold and vulnerable, trying to shield yourself and staying open at the same time. It’s a strange one, because I understand what it’s like to be in front of the camera.

As a writer, I wanted Marguerite (Béatrice Picard; pictured above) not to be conscious of the memories suppressed, of the life she once had, while [her nurse] Rachel (Sandrine Bisson) had her daily job, she’d do that and go home. I wanted the characters to have an arc, so the payoff at the end worked. I’m very character oriented as a writer, so that was always on my mind.

EL – The film stars two steely leads. Where did you come across them?

MF – The nurse is a really good friend of mine, usually cast as ballsy, comedic outgoing characters, both of them do, I like taking them somewhere else. I wanted to prove to Sandrine that she could do it, because she told me that she could only do this and that. I wanted to see how far she could go, she’s a sensitive, compassionate woman, a vulnerable woman, everything she does, I told her, is really interesting, which she didn’t know she could do. The other, Béatrice, usually does comedic, theatre stuff. Still,she was very, very open, courageous as an actress. She was really happy to go along with it and see where she could go. 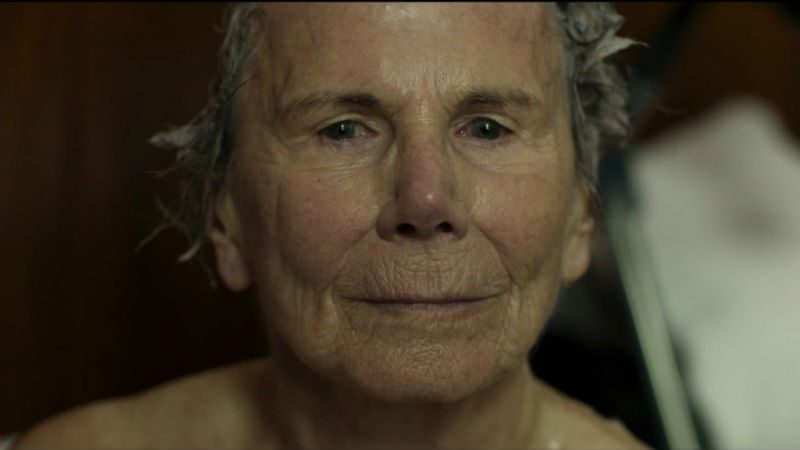 EL – What type of story lends itself to the form of a short film?

Has to be concise, a moment in someone’s life, had I made the arc larger it would have been a feature.A short film is like a moment, the character arc is super important, there had to be a transformation. In the first draft, Marguerite was totally closed off , before changing her personality over time, which I couldn’t do in fifteen, twenty minutes. It would have been too much of a change of pace, so that needed re-drafting A short story should be a snapshot, a snapshot of people or this case the elderly in the LGBT communities, which is something nobody ever talks about.

EL – How would you encourage a greater diversity of gender representation and proportion?

MF – That’s a tough question. Men have been making films for more than 100 years, we need to make space for women, we have stories to get out there. I don’t see it as a competition. We need to open the door for women, more finances, big budget films are traditionally given to men. It’s a complex question that we have to address, rather than we gave it to her because she is a woman. I don’t want people to think I’m there at the awards because I’m a woman. I want to be there for the film.

Canada is working towards achieving parity, the quality’s getting better and better from Canada and Quebec, there’s more about racism and LGBT. I might be naive, but I feel films really can change the world. It’s going really well here in Canada. True, films like Batman and Spiderman are grossing like millions of dollars, but hopefully the niche will grow to show stories about human beings, which is important to show. I think that’s what stories should be about.

The five 2019 Best Short Film Oscar nominations reviewed for you!

Short films often get overshadowed by the glitz and glam of their feature counterparts in the Oscars, but not this year; check out our dirty reviews of each one of the five nominations this year, including a very controversial Irish/British production [Read More...]

On the Basis of Sex

Biopic of Ruth Bader Ginsburg (yes, yet another film about her) is a fitting tribute to gender equality, if also a little romanticised - in cinemas Friday, February 22d [Read More...]