The movie that perfectly crystallised the schism of war and peace in 1960s America, Easy Rider (1969), made its director Dennis Hopper and producer Peter Fonda cultural icons. Easy Rider portrays two hippie drifters (also played by Hopper and Fonda) as they chase the American Dream on custom-built motorcycles across the land they call home, the same land that, ironically, does not want them there. The people they meet and the places they travel through define the 1960s in America. Easy Rider distils sadness, futility, and the improbability of living in a truly free society without ever commenting directly on the circumstances the country was facing, such as the Vietnam War, the civil rights movement, and the Cold War.

The film’s success at the box office allowed Hopper and Fonda free artistic rein in the environment of the New Hollywood. Universal Studios were happy to supply the then-unprecedented one million dollars and cede complete creative control to each of these lucrative stars for their next film projects. Peter Fonda chose to direct and star in The Hired Hand (1971), a lyrical, slow-burning revisionist western in which he played a roaming cowboy returning home to his wife after seven years away. Hopper took his million dollars and his entourage of actors, friends, and hangers-on into the high mountains of Peru to make The Last Movie (1971), a tale of the adverse effects of an intrusive film production company on the indigenous people.

Hopper had envisioned the film as being his first directorial work. He and Rebel Without a Cause (Nicholas Ray, 1956; pictured below) screenwriter Stewart Stern had begun the process in the early 1960s. However, the film strayed so far from the original screenplay that Stern felt it was not “… an accurate representation” of his work and that Hopper “didn’t use the scenes as they were written in the screenplay and that he chose to improvise with people who were not up to that kind of improvisation,” One could argue that Hopper’s own sense of mythmaking got in the way of producing a straightforward narrative film. 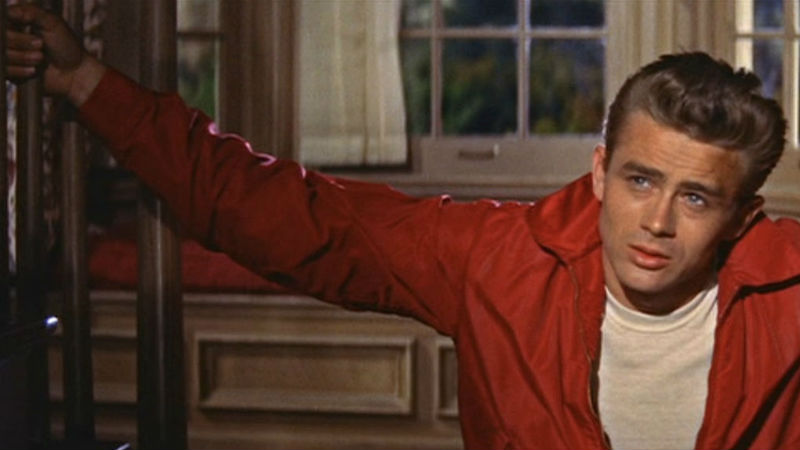 Too dirty for school

As well as directing The Last Movie, Hopper also played the lead role of Kansas, a movie stuntman who stays behind once the production company has left and goes native with the Peruvian villagers. Perceiving some sort of (black) magic in the movies, the villagers begin to re-enact the pretend violent scenes they witnessed using wooden cameras, only this time the pretend violence they saw during filming becomes very real violence and Kansas is imprisoned and beaten by the villagers.

Both Hopper and Fonda’s films—though brave and in some quarters critically acclaimed—were commercial failures. The Last Movie won the critics’ prize at the 1971 Venice Film Festival, but its original New York screening lasted only two weeks. The film also failed to garner any respectable mainstream press or positive reviews. With the failure of The Last Movie, Hopper’s desire to make important, socially conscious movies came to an end, at least for a while.

He exiled himself in his New Mexico compound and waited for Hollywood to come crawling back for his bankability, or for Hollywood to catch up with his artistic vision. Neither of these things would happen for a very long time.

Despite all of this, The Last Movie is clearly an accomplished piece of art cinema. The film flows on a phantasmagoria of sound and images that conjure up a disjointed yet affecting experience. As Andrew Tracy, in his critique of the film for Reverse Shot, points out: “The overall effect is to remove the viewer from any kind of perspective perch, to erase the illusion of a guiding viewpoint and a stable base of judgment and force the viewer to confront the film as a persistently confounding object.” It is interesting to view the film as per Tracy’s description and to take oneself out of the narrative and observe the film as a singular artistic object.

The Last Movie positions itself as ethnography—a way in which one can study a culture and people by immersion. But this ethnography has now expanded to not just to include the indigenous people present within the film. In retrospect it is an immersive look at film culture of the early nineteen-seventies. The Last Movie is an example of Hopper’s desire to transcend film and art into an immersive and sensory experience.

However, the film’s title would be prophetic, as due to the critical backlash and commercial failure it was to be Hopper’s last directorial film for a nearly a decade. Yet it was also the first and last of its kind for a long time: an art house film made within the confines of Hollywood’s mainstream studio system. 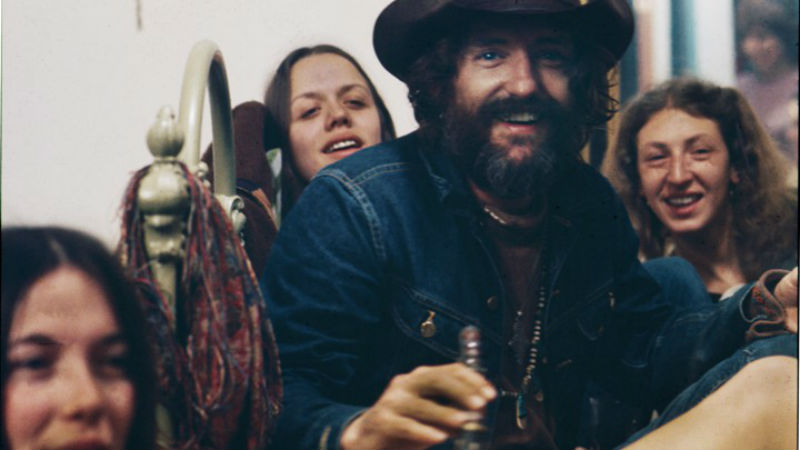 As a companion piece to The Last Movie, one must also witness the documentary film The American Dreamer (1971; pictured above). This voyeuristic film fills in some of the gaps and answers questions as to why Hopper’s relatively straightforward screenplay became so distorted.

The documentary was directed by Lawrence Schiller and L.M. Kit Carson. Carson would later go on to adapt the screenplay for Paris, Texas (Wim Wenders, 1984) and write the original screenplay for The Texas Chainsaw Massacre 2 (Tobe Hooper, 1986), which would also star Hopper. The documentary chronicles the intense post-production of The Last Movie whilst also taking time to allow a tripped-out Hopper to theorise about life, film, art, religion, and sex. These stream-of-consciousness mutterings bear some resemblance to the madcap statements made by Hopper’s photojournalist character in Apocalypse Now (Francis Ford Coppola, 1976)

The American Dreamer adds something to the mythical quality that Hopper was attempting to establish around himself. The rambling interviews interspersed with footage of Hopper – bearded and in ragged jeans, gun under arm, walking over windswept landscapes, accompanied by rambling folk songs on the soundtrack – are for the most part evocative of the outlaws and bandits that once roamed the frontier wilderness.

The interviews reveal a great deal about Hopper’s intentions and obsessions regarding his film and with film itself as an art form. It also demonstrates the many distractions and temptations that Hopper faced in the aftermath of Easy Rider’s fame. Drugs, drink, and women begin to pull him away from the task of finishing his film within the given time and budget. One scene in particular is deeply uncomfortable. A group of young girls are bussed in to actively participate in an orgy with Hopper. With his manic stare, shaggy beard, long hair, and surrounded by lovelorn females, one cannot help but see visual similarities to cult leader and serial killer Charles Manson. The American Dreamer is a shambolic attempt to paint Hopper in the colours of an American folk hero. To be fully understood, it has to be seen alongside The Last Movie and in the context of that film’s artistic triumphs and commercial failures.

Thankfully we have an official release and a clean digital transfer of The Last Movie that will hopefully open up the appreciation that this film truly does deserve. For decades the film has been viewed through the lens of its own obscurity. This has meant that audiences have either had to see it via film print at late night screenings or a distorted VHS transfer. If one cannot at least appreciate the narrative (or lack thereof) at least the film’s magnetic beauty can be seen in the glory in which it was intended.

A crisp and brand new 4k restoration of The Last Movie is out in UK cinemas on Friday, December 14th.

Find out more about late American artist in the book Essays on the Artistry of Dennis Hopper, also by the author of this piece.