Director John Dahl’s 1998 exploration of the private, underground clubs dedicated to high-stakes poker in New York City captured the imagination of poker fans around the world. Many of today’s professional poker stars cited Rounders as one of the main reasons they got into the game, with Dahl’s depiction of the age-old card game proving a cult hit, scooping almost $23 million at the box office. A “rounder” is someone that ventures from city to city in search of high-stakes poker games, and this perfectly describes the film’s two central characters, Mike McDermott (Matt Damon, pictured below) and Lester “Worm” Murphy (Edward Norton).

In my humble opinion, Rounders is a film that’s up there with some of the dirtiest films in recent memory. It excites and makes you empathise with Mike McDermott in equal measure. It contains moments of high drama, due mostly to the sterling acting from John Malkovich, who plays Russian mobster Teddy “KGB.” It also contains moments of hilarity that are up there with some of the funniest themed scenes in film. However, if you delve even deeper, you can get a sense of several common themes that run through the heart of this gritty movie.

It’s one of the most popular taglines from Rounders, and it is somewhat apt considering Mike is left having to clean up Worm’s mess created by burying his head in the sand regarding his debts to Teddy “KGB.” Mike is proactive in trying to clear Worm’s debt by setting up a host of home games around New York City to try and help him win back some money to pay off the debts built up prior to Worm’s time in jail. Mike’s stance is admirable, as he puts everything on the line — his law degree and his relationship with girlfriend Jo (Gretchen Mol) — to resolve his old friend’s financial situation. 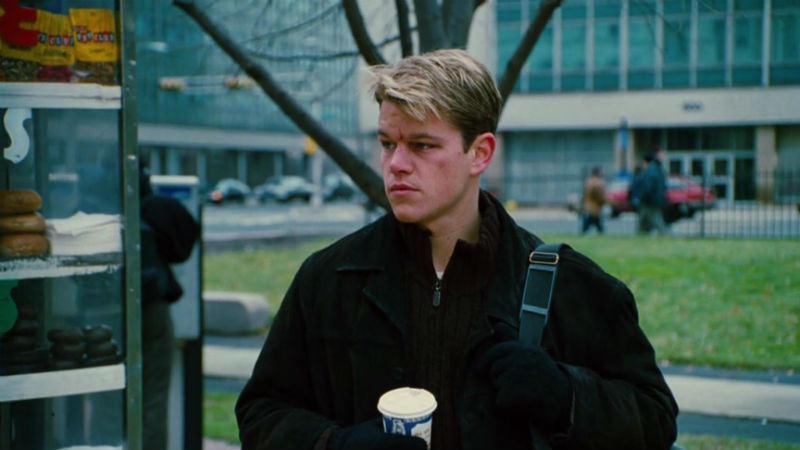 The importance of doing what makes you happy

Of course, it helped Worm’s cause that Mike enjoyed the buzz of playing poker more than anything else in life. Mike had always dreamed of having a bankroll that he could take to Las Vegas to live and play professionally and win the World Series of Poker Main Event. Despite harboring those aspirations, Mike signed up to law school and attempted to lead a normal life by studying and holding down a steady relationship, but there was still a void in Mike’s life that needed filling. In helping out Worm in his hour of need, Mike also helped himself to feel alive again and to realize the importance of doing what makes him happy — taking his “three stacks of high society” to Las Vegas and quitting law school.

On the flip side: the fragility of relationships

Mike’s relationships in the film are quite fragile and volatile, both with his male and female friends. His friendship with also Worm is turbulent, particularly when he finds out Worm has been playing poker on Mike’s credit behind his back. It makes him question the legitimacy of their friendship, but the pair’s shared thirst for thrills at the poker table is what keeps their relationship together by a thread. Mike’s love interest, Jo, had been a calming influence on Mike since packing up poker and focusing on his law degree. However, by not doing what made him happy, Mike quickly began to resent Jo and his law pursuits, resulting in his decision to break Jo’s heart and leave New York for Sin City.

It’s a small world (after all)! Husband and wife Matt Damon and Kristen Wiig are shrunk to miniature size along with many other volunteers in an attempt to cut down consumption of the Earth’s limited natural resources – in cinemas [Read More...]