Look the other way!

Egyptian filmmaker Abu Bakr Shawky challenges the conformism of cinema by casting a different gaze at actors with leprosy and various disabilities in his film YOMEDDINE; he talks to us about selecting the actors, filming and why cinema should be bold!

This was one of the more unorthodox films to debut in competition at The Cannes Film Festival in 2018. A road movie featuring a leper, his donkey, and his child companion named Obama, Yomeddine, which means “Judgement Day” in English, is a feel-good fable about finding your place in the world. We sat down with director Abu Bakr Shawty [pictured below] in order to find out where he got the idea for the film, how he worked with non-professional actors, and why cinema should be dirty.

Redmond Bacon – The film is such a unique concept. How did you discover your subject?

Abu Bakr Shawky – Ten years ago I made a short documentary about the leper colony in Egypt. I got the idea while I was there because people were telling me all these stories about how people were dropped as children and never heard from their parents again. I wanted to make a film about that. It stayed with me for a few years until in 2013 I wrote the script for it. I started the long journey to get the funding and try to make it which was very difficult. Me and my wife were doing it together. It was very much under the radar; very low budget, no-name filmmakers, no big actors attached. It was a much longer process, especially as it was a very unusual world I wanted to show.

RB – How did you choose your main actor, Rady Gamal [pictured at the top], and how did you convince him to be in the film?

ABS – It was originally written for a woman who was the main subject of my documentary. But she became too ill over the years, and right now she’s not able to move because one leg needs to be amputated. So I had to start looking for someone else. The first person I met after I asked to see people was Rady, and he was just really a magnificent guy. As soon as I met him I knew he was the right person. He had a lot of really good energy, he understood the story, he felt a close connection to it, and he’s also just a very funny guy too. You can really see beyond his leprosy and see him as a person. 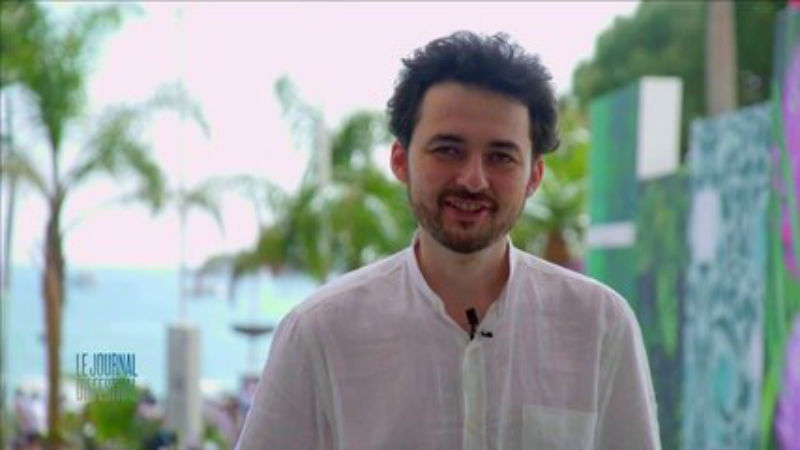 RB – Did you have to educate him about acting?

ABS – Because he has no experience of acting, over a period of four months I workshopped with him. We would hang out in our office. Firstly, we got to know each other on a personal level, just so he starts trusting me, that I’m not trying to exploit him [or] trying to do a little circus show where I just show him around. I did not want to do that at all. Then eventually we tried to do some acting, and I tried to introduce him to what acting is and how it works and everything. Then we got in the little boy Ahmed [Abdelhafiz]. They formed a really good relationship right away. It was just a very slow process to build up that trust. It’s one of those things we don’t know if its going to work until the day you start rolling a camera. Until the day before I was really nervous. I felt like I did everything right and I did everything I could, but you’re still not sure until you do the real thing with him. And thank God on the first day with the first take I was like: ok, I got it.

RB – How did you find the other actors who are differently-abled, such as the man with no legs?

Dina Emam [producer of the film, and wife of the director, just sitting down] – Abu had written the role with a specific person in mind who he met in Cairo. And this man [is] not an actor; never been on a film set, never been anywhere near one. [But] when you write a role with this person in mind, that person has to play that role. We explained to him what it means to give your word to act in a film. The day our production team went into location and it was time to pick up the actor, he said: “Can we just do it tomorrow, I don’t feel like coming in today”. And we were like no – we explained to you – we can’t just pick up and leave. He was like ok, I’ll come, but my bike is broken. There was excuse after excuse, so we started to realise he just wasn’t going to come. 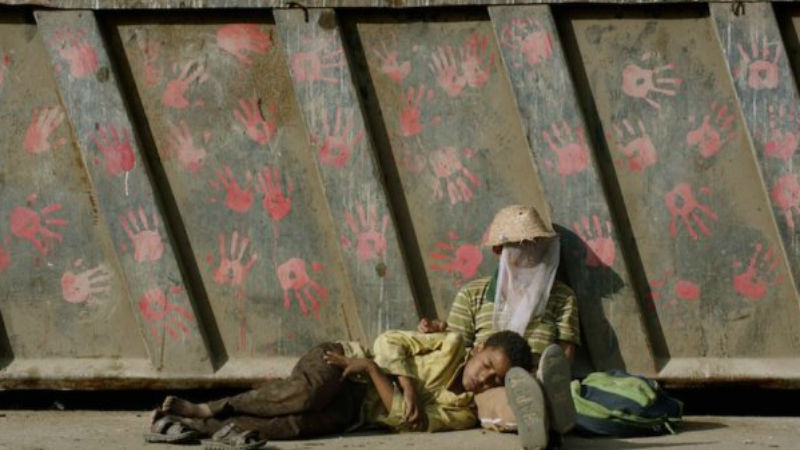 There were people we hired to protect our equipment and protect everything, and they thought we were lying. We were like: we’re going to shut down and we’re coming back another day. And they thought we were lying and they were like: you need to give us our money right now, we know you took what you wanted, and you’re lying. So we started to explain [our actor is missing and] it’s a man who doesn’t have legs and we really need a man who can play this role. It would be really hard for us to use green screen. We explained what green screen is, and how it’s really expensive. There’s this one guy who’s standing in the back and he said: “You need a guy with no legs.” I thought he was being sarcastic, [but] he was like:“I have a guy for you.” And we said: “bring him to the office tomorrow”. And he came, Yasser, and he read the sides and he said —and he’s not an actor either, he’s a businessman — and he said: “I see myself in this man and I want to do this role”. And he did, and that’s the man in this film now. And he was so incredible. Sometimes things just fall into place.

RB – The film takes the structure of a classic road movie. Are there any road movies that inspired you when writing the script?

ABS – Definitely. I mean anything that Wim Wenders does, obviously. But there is a very underrated road movie called The Sixth Day (1986), an Egyptian film by Youssef Chahine [starring Dalida]. It’s kind of a road movie, it takes place on a boat that goes across the Nile, but its still the same kind of concept. And that was very inspirational for me. I think road movies have a very specific charm to them, just because you are also able to show your country and turn it into a character of its own.

RB – Has leprosy been shown in Egyptian drama?

ABS – Not that I know of. I’m sure there are TV reports and things like that. But I did the documentary 10 years ago, and I think that was the first documentary that was out there. I think there’s a couple of other people who made short docs. But not in widespread drama — not that I’m aware of.

I think that was one of the reasons it was very difficult to get funding for it. Beyond the fact that I’m a first time filmmaker, and I didn’t really have a long record of things, and the subject was very difficult and very unusual. But I really believed that there was a story there and its possible to do this regardless of what people thought of it. I guess it is bold. I think people should be bold in that sense. I think in cinema in general there’s a lot of conformity. There’s a lot of sequels and prequels and things that have been done. I think maybe its time that people should try some completely unusual worlds that we haven’t seen before.

One thought on “Look the other way!”