Every time I have to write about a film by Jean-Luc Godard I feel futile and redundant. Why should I attempt to reconstruct and elucidate a film piece that’s wilfully deconstructed and intended to trigger alienation and estrangement? In The Image Book, the 87-year-old returns to the techniques he created in the 1960s and creates a piece so extreme in its filmic lawlessness that it’s hardly watchable.

The Image Book was shot for almost two years in various Arab countries, and it is being marketed as “an examination of the Arab world”. In reality, the film is a collage of film and political references, some easily recognisable and others completely random and bizarre, with some voice-over. You will see extracts from Todd Browning’s Freaks (1932), Pasolini’s Salò (1975), familiar faces such as Joan Crawford and Gérard Depardieu, allusions to the Bolshevik Revolution, to Rosa Luxembourg, and so on – all in line with the director’s left wing convictions. There is no narrative whatsoever, and the Arab theme is only addressed in the final third of this 82-minute movie.

The jump cuts, the faux raccords, the cacophony and the many other devices crafted by the director himself half a century ago are used in abundance. English subtitles suddenly disappear, and often don’t even entirely match the original in French. Dialogues in German, English and Italian are entirely devoid of subtitles. Text on the screen is illegible, very much à la David Carson. Colours are inverted, and negative footage is conspicuous. The image size switches back and forth to various shapes and formats. The French film itself (“Le Livre d’Image”) is a pun suggesting that the image is free. It all makes Alexander Kluge seem square and boring. Exactly as you would expect from Godard. 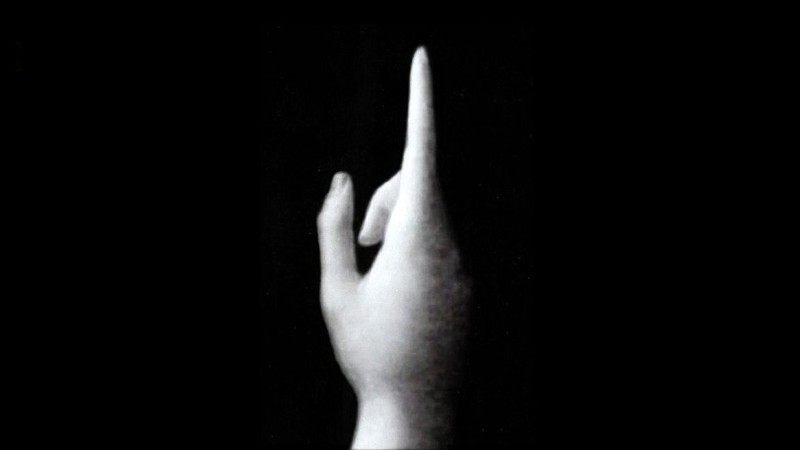 The film just premiere at the gigantic Grand Auditorium Louis Lumiére, with nearly 2,300 seats. The theatre was entirely full, and Godard was present. I estimate that at least 300 people left before the end of the film, and I have never seen so many people anxiously and discreetly checking the time on their mobile in order to find out how much longer this had to sit through this beautiful piece of garbage. I am absolutely convinced that the director, who thrives on controversy and rejection, applauded every single person who stood up and left the cinema before his film was finished. It’s like he’s showing a big middle finger to the Festival, the film industry and audiences.

Since Godard himself is breaking every conceivable rule of filmmaking, I decided to honour him by breaking some of the rules of film criticism. Firstly, I wrote a review with hardly any insight into this (hardly intelligible) film. Secondly and far more significantly, I perpetrated the ultimate gesture of disrespect and insolence by walking out of the cinema five minutes prior to the end of the film. I hope he saw me doing leaving, so I can tell my grandchildren about my fabulous deed. The only downside is that I didn’t find out whether he was booed or applauded after the film. I hope he was booed. He would be very disappointed otherwise.

The Image Book showed the Official Competition the 71st Cannes International Film Festival, when this piece was originally written. It did not win any prizes and it will will show in a cinema near you. It premiered in the UK a part of the BFI London Film Festival. On Mubi in March 2020.