"Greasy movie"
Chinese director's most expensive film to date retains the auteur's distinctive streak and is mostly effective, albeit hardly innovative - in cinemas Friday, April 26th, and then on VoD on Monday, April 29th

Zhangke has now firmly established himself as the most recognised and respected filmmaker of the indie circuit in mainland China. The director of Platform (2000) and Still Life (2006) delivers yet another profound and complex drama intertwined with his homeland’s equally complicated and fast-changing social and geographic landscape. His regular Zhao Tao is in the main role (she has worked in literally every single film that director has made in the past 20 years), as she is as convincing as ever.

It all starts out in 2001, as a gangster film with plenty of violence and corruption. Qiao (Zhao Tao) is in love with the very good-looking Bin (Liao Fan), a feared and respected member of the jianghu mob in the region of Padong. She dons a black wig (which might remind you of Uma Thurman in Tarantino’s Pulp Fiction, 1994) and is never not afraid of protecting her man, whatever the costs may be. She saves him from certain death and takes the blame for carrying a gun (which in reality belonged to Bin), and ends up serving five years in prison. She is sent to a remote prison on the other side of the Three Gorges Dam.

The Three Gorges Dam is a recurring theme in Zhangze’s filmography and Chinese cinema (also see Crosscurrent; Yang Chao, 2016). It is a watershed for Qiao, both in the literal and in the connotative sense. We see the markings on the hills of the lowlands near the Yangtze River, as a sordid reminder that the landscape will be underwater in a few years (a topic addressed in far more detail in Still Life). The symbolism is very clear: changes are irreversible, and you cannot undo the mistakes from the past. 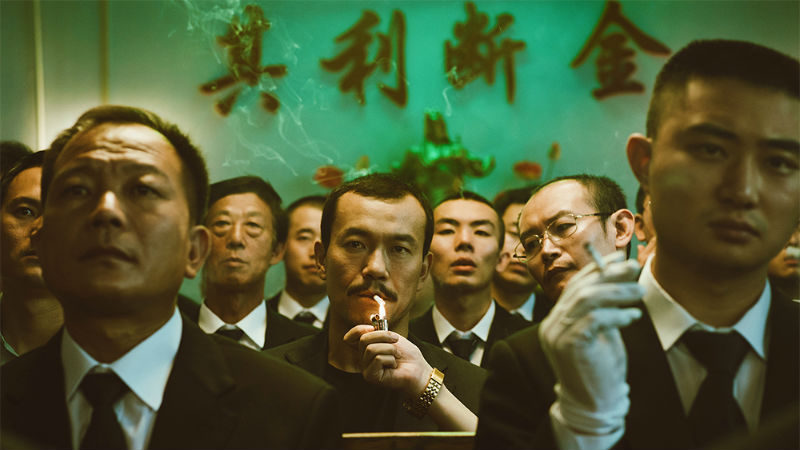 It’s in Fengjie, not far from the Dam, that Qiao finds a estranged Bin upon leaving prison. He has not waited for Qiao to finish her prison stint and instead is now in a stable relationship with a beautiful local. Qiao is no longer the Tarantino-esque character from the past. She now wears a demure yellow shirt and clings on to a small handbag most of the time (in fact, her clothes are virtually identical to her character in Still Life).

Further twists of fate unravel with the years. Bin eventually returns to Padong, but he’s now wheelchair-bound due to a stroke and no longer a member of the jianghu mob. Qiao never asks Bin why he abandoned Fengjie and his family. They are reunited in a very strange way. Qiao cares for Bin, but also reveals that she has no feelings for him, neither of love nor of hate. Bin is no longer feared and respected. Both Qiao and Bin are just a shadow of what they used to be. They are no longer beautiful and prominent. They have been submerged in their own mistakes. Just like the lowlands of the Yangtze River. 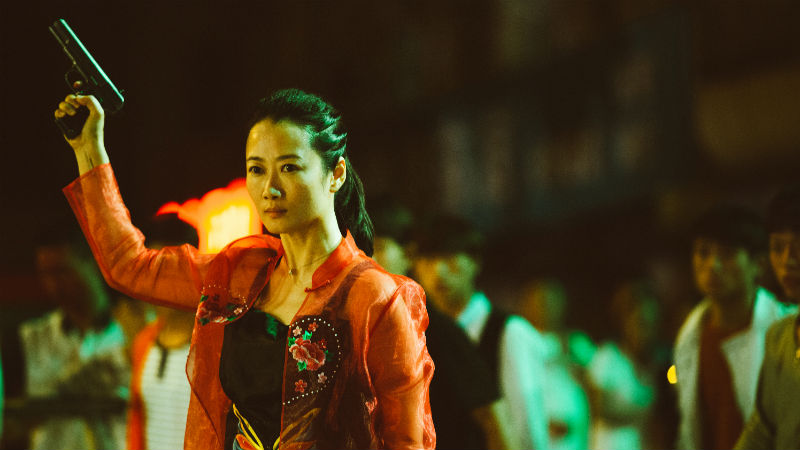 This is an epic film with more than two hours of duration. The performances are impeccable. The photography is stunning. It feels like China in perpetually under transition, from the beginning of the story in 2001 to present day (the film ends in 2018). The modern development blends in with the poor and traditional dwellings in very awkward and eerie way. Yet Ash is Purest White doesn’t add anything new to Zhangke’s career, except perhaps a lot of money. It feels like we’ve seen it all before. Not just Zhao Tao, the yellow shirt and the handbag, but also the overall film aesthetics and themes addressed.

Ash is Purest White showed in the Official Competition of the 71st Cannes International Film Festival, when this piece was originally written. It is out in cinemas on Friday, April 26th (2019), and then on VoD on Monday, April 29th.

This re-imagining of Shakespeare's A Midsummer Night's Dream set in Barbados is sadly very poorly-crafted and amateurish - in cinemas [Read More...]