"Dirty gem"
Earth, wind, and fire: the mundane and arduous existence of a charcoal-maker in Congo is the subject of fascinating and exquisitely beautiful documentary by French filmmaker Emmanuel Gras - in cinemas February 2nd

Do you use a computer, a smartphone and numerous applications every day and for various purposes? Do a number of very complex technologies define your routine, for entertainment, work and even for simple errands (like shopping)? If the answer is yes to either one of these questions, you’re probably like me: completely taken over by 21st century life. It’s hard to conceive that many people on this planet are still alien to these concepts. Such is the case with Kabwite and Lydie Kasongo, who live in the remote state of Walemba, in the civil-war-ridden and profoundly impoverished Democratic Republic of Congo. 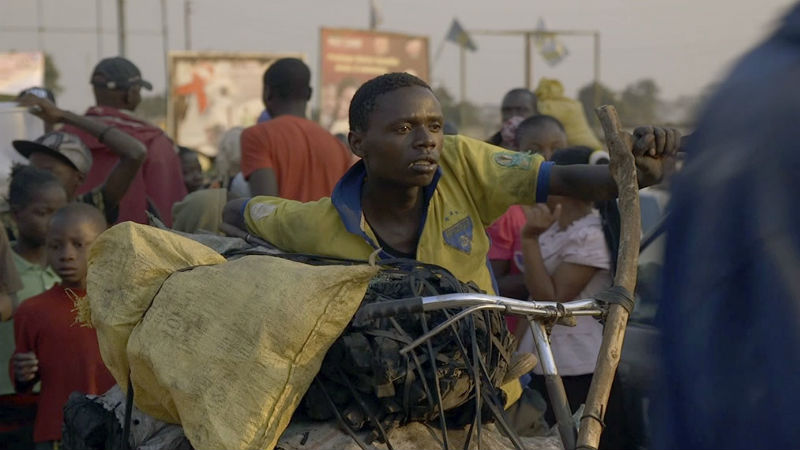 The film starts off with Kabwite chopping a large tree, which then he proceeds to cut up and burn. He then sells the charcoal in order to make ends meet for his wife and children. Their life is extremely precarious. There is no sign of electronic technology anywhere near the family. There is no electricity in their house. In fact, the house doesn’t even have a proper roof. So Kabwite sets off in a mission to sell charcoal in the closest town in order to buy metal sheets to cover his house with.

Kabwite and Lydie don’t seem to have many choices and aspirations. Their ambitions are determined solely by the amount of charcoal they can produce and transport, it seems. Kabwite’s journey to town is very audacious: he carries an amount of charcoal suited for a medium-size vehicle on an ordinary push bike. This is no figure of speech. The amount of charcoal on the bicycle (which he is unable to mount, and has to push instead) is unbelievable, and his effort must be Herculean. 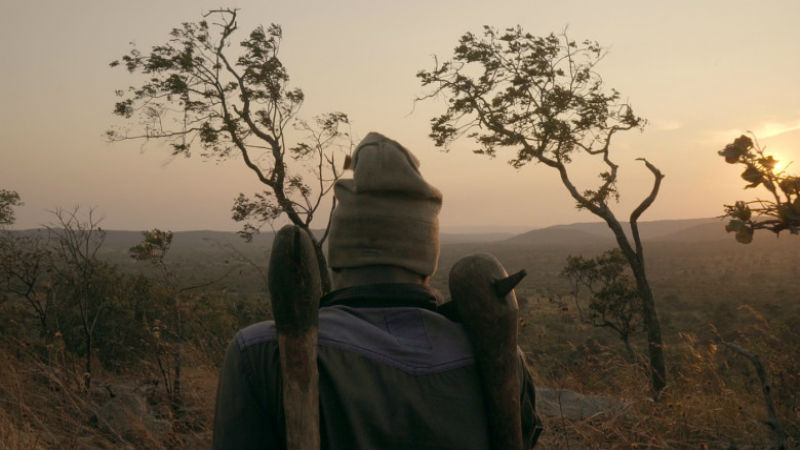 This film does not feel like an ordinary documentary. There is no voice-over and multi-layered montage. It feels a little like a subtle and gentle Jean Rouch. And there is no white hero narrative: the French filmmaker remains behind the camera. His gaze is observational and meditative. He’s a fly on the wall, and never an elephant in the room. The complexity and also the beauty of the movie resides in realism of the images and sounds. The wind, the fire, the cracking charcoal, the earth, the cars driving pasts, the children and the urban buzz in the background (as Kabwite reaches the city) are all extremely vivid. For full immersion, this is a film that must be watched at the cinema.

It struck me if how laconic Kabwite and Lydie are. It made me wonder whether their communication would be so sparse had the camera not been there. Does the mundaneness of the lives rob them of their words? I had my answer at the end of the movie, when Kabwite reaches town and joins a Christian ceremony. Suddenly everyone is vibrant and boisterous. Religion often offers the only venting outlet and possibility of redemption for these people, who have apparently been forgotten by our modern, ultra-busy world.

Makala is out in selected cinemas across the UK on Friday, February 2nd.