"Dirty gem"
Between the sword and the Great Wall: compelling melodrama shines a pertinent light on the everyday experiences of China, and the constant struggle between tradition and modernity - on Arrow Player on Friday, April 9th

It’s the late 1990s and a young woman is being courted by her boss and a local family friend. That’s where the comparisons with Richard Curtis (Bridget Jones Diary, Sharon Maguire, 2001) stop. Romance may well be at the centre of Jia Zhangke’s latest film. However, any comedic elements are of the bitterly ironic kind, as the director of 2013’s A Touch of Sin offers us a mostly convincing critique of three generations of Chinese globalism in his hometown Fenyang. The narrative set-up, thematic detail and Shanxi setting may sound familiar enough within Jia’s oeuvre. This time around, the director has opted to examine a more recent period and to focus on the pressures that globalism places on family ties.

The first third of Mountains May Depart is set in 1999, shortly after China’s mass-privatisation initiative and on the cusp of the country’s rapid economic explosion. We are introduced to Tao (Zhao Tao), a 25-year-old woman who works in a Fenyang petrol station and has a budding relationship with local coalbminer Liangzi (Liang Jingdong). We also meet Tao’s boss and fellow suitor Jingsheng (Zhang Yi), an entrepreneur who has capitalised on recent economic reforms and is building up a sizeable business portfolio. Although Tao and Liangzi have the clearest chemistry, some aggressively ostentatious manoeuvring from Jingsheng places him in prime position to become the groom. Liangzi leaves town, Jingsheng gets his marriage and Tao gives birth to a son, Daole. 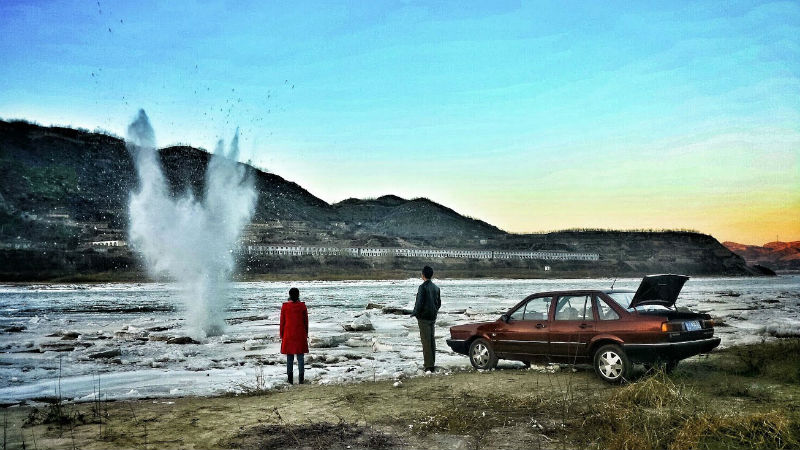 By the time we meet Liangzi again in 2014, he’s moved east and found employment and a family in Handan. Unfortunately, his work in the mines has also taken its toll on his health. Liangzi moves back to Fenyang with his wife and child, ostensibly with the aim of finding solemn peace in his hometown. Liangzi’s return provides an opportunity to catch-up with Tao, now a divorcee whose estranged son lives in Shanghai with his father. A family tragedy necessitates a brief visit from youngster Daole (Rong Zishan), who is attending an international school and seems to inhabit the in-between space of a third culture.

We leave young Daole with the knowledge that Jingsheng is planning on moving to Australia. When we revisit him in 2025, he’s a college student in Melbourne and has taken on the anglicised nickname Dollar (Dong Zijian). The final third of the film is scripted almost entirely in English, as Dollar struggles to find purpose in his moneyed overseas existence. This manifests itself in Dollar’s cross-generational conflict with his father, as well as the ebb and flow of his alienated Chinese heritage and his pursuit of a relationship with an older Cantonese college teacher. In spite of its thematic importance, this is the weakest section of the film and is largely unaided by an awkwardly inauthentic script.

The breadth of Mountains May Depart is truly remarkable. Under the guidance of a less skillful director, the wide-reaching plot could become disconnected, yet Jia manages to tie three decades together with the tight, threatening thread of globalism. The film is populated by the imagery of an ongoing battle between tradition and modernity. This is best characterised by Liangzi and Jingsheng’s concurrent pursuit of Tao. Liangzi is a pious coal miner who feels most comfortable in simple rural clothing, whereas Jingsheng is a nouveau riche businessman who drives a German Volkswagen and wears tailored suits. Tao, a woman in the middle of these two disparate men, perhaps represents the Chinese motherland itself. 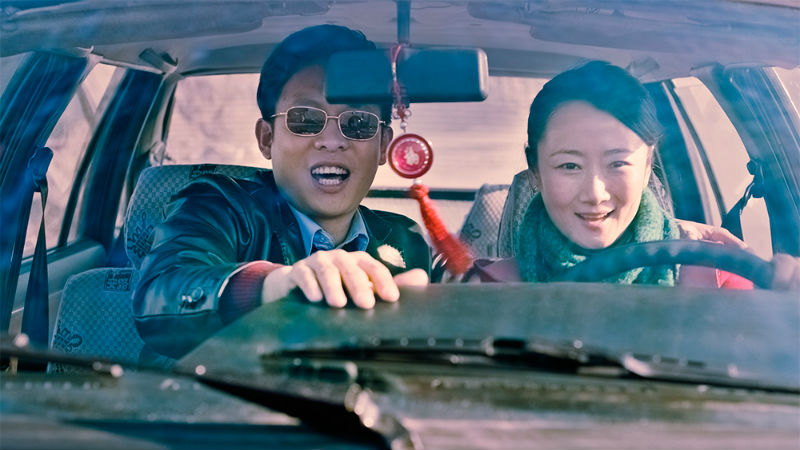 The minimal soundtrack of the film equally plays a part in conveying its deep-rooted symbolism. The repetition of Pet Shop Boys’ 1993 Go West situates the main characters in a transitional economy that aspires to beat to a Western rhythm. Yet with the privilege of hindsight, it is also a constant reminder of the unfulfilled promise of the synth-pop cover. Likewise, Taiwanese-Canadian Sally Yeh’s Cantopop ballad Take Care repeatedly suggests that the optimistic dream of globalism is possible. Exactly how is somewhat forgotten, as the protagonists continuously forget the identity of the singer.

Jingsheng’s global financial aspirations can be seen to reflect those of contemporary China. However, they come at the cost of an absolute immorality that sees him mercilessly dispose of a friend, strategically divorce a wife and reduce his son to the status of currency, with the nickname Dollar. While Liangzi’s tradition may represent a more morally pure way of life, it also seems to lead to an early death that can’t be prevented in such austere conditions. Tao’s China ultimately represents an unsolved paradox. If the pitfalls of tradition can only be solved by embracing the curing lure of capital, how can happiness be achieved?

Jia doesn’t provide the answer to this question and with a final act that falls somewhat short, so does the audience’s satisfaction. Nonetheless, Mountains May Depart is an excellent lesson in compelling melodrama and shines a pertinent light on the everyday experiences of China’s left-behind has-beens and morally corrupt have-it-alls.

Mountains May Depart is out in cinemas across the UK on Friday, December 15th. On Arrow Player on Friday, April 9th (2021).