"Filthy genius movie"
See you in my dreams! Golden Bear winner is an oneiric romance set against the unlikely backdrop of an abattoir - now showing on Mubi

A forest in winter. Deer. Freedom. The natural world. Untrammelled. Now on to another world. A contrast. Cow feet on a muddy, industrial floor. Animals in an abattoir. They will be killed and become meat for human consumption. This is the contrast underlying On Body and Soul.

Human beings must work in this environment. They must do this job, action this process. Endre (Géza Morcsányi) is the abattoir’s manager. He has a few friends among his colleagues, but he’s basically an introvert happy in his own company and well respected in his job. The company has just taken on a new quality controller in the form of Mária (Alexandra Borbély) and she’s a stickler for following company regulations to the letter. Her inflexible attitude is going to make the business’ financial viability harder and the workforce’s lives more difficult. She isn’t going to be popular. 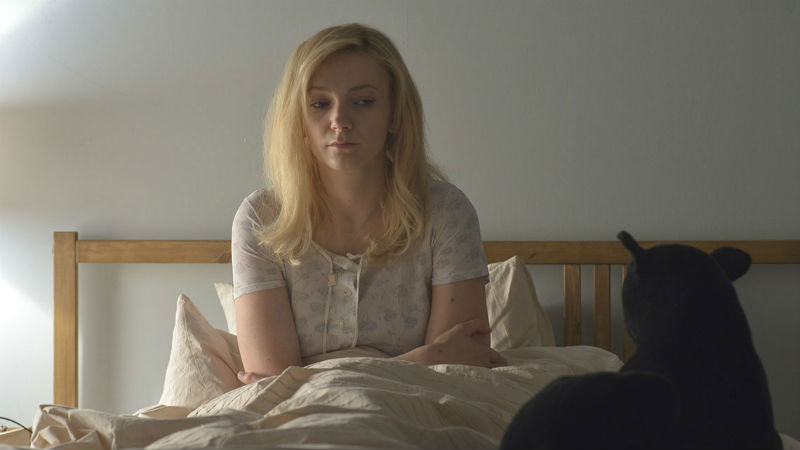 By contrast, one of the shopfloor workers is a bit of a lad and always larking around with some of his female colleagues. But then, some animal aphrodisiac goes missing and although this particular worker is the main suspect, a psychologist is brought in to interview and profile everyone working in the plant. She thinks someone is taking the mick when, in the course of separately asking both Endre and Mária about their dreams, they both give the same answers. She doesn’t believe it – and neither do they. But it seems the two have been dreaming the very same dream as each other. Dreams of a deer and a doe wandering together in an unspoiled, snow covered forest. Those images we saw at the start and which are developed periodically throughout the film.

Thus the stage is set for an unusual, awkward romance. While others in the slaughterhouse seem to have no problem engaging with members of the opposite sex, Endre would prefer to keep himself to himself. He has a medical condition in one arm, which doesn’t help. Mária is even more isolated: she can cope with cut and dried rules and regulations and make production procedures fit them, but she really doesn’t know how to talk with other people. Both actors deliver extraordinary, compelling performances which suck you into the drama. 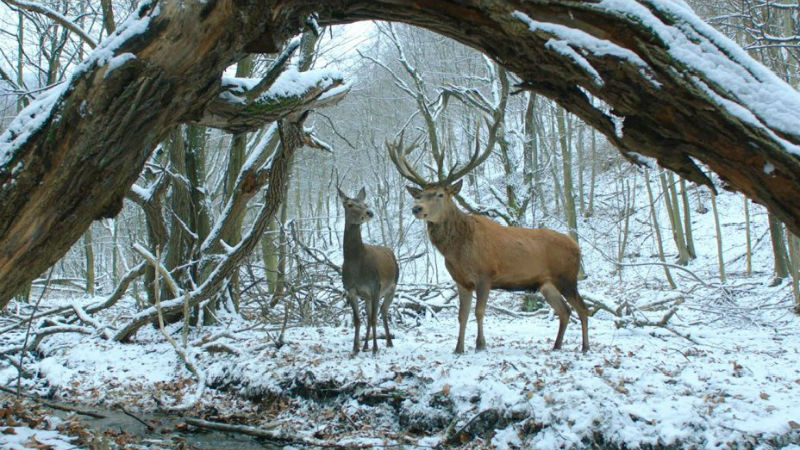 Once it gets going, the pair’s painfully slow attempt at a relationship plays out against the cold, industrial, life into lifeless meat work environment on the one hand and the cool, wintry forest-scape with its relaxed, fulfilled deer on the other. Are these misfit lovers something much healthier in their dreams? Or is the waking world in which they live and move deeply out of joint?

An extraordinary, poetic fable set in a world of modern, industrialised, controlled death.

On Body And Soul won the Golden Bear for Best Film earlier this year at the Berlin Film Festival. It is out in the UK on Friday, September 22nd. It is available on Mubi from mid-November.