"Greasy movie"
Who’s got the Eggs Factor? Chicken breeders compete both for best bird in show and to run the local bird club in this eggstraordinary New Zealand documentary – in cinemas

With New Zealand’s National Poultry Show coming up in July, the race is on to produce the perfect specimen and scoop the Show’s coveted first prize. For the competitors this is a lifelong obsession. “It’s like alcoholism”, says one of them: “you can’t give it up.” Indeed, if this documentary is anything to go by, these people spend their entire lives in pursuit of breeding bantams. In the doc Pecking Order, they farm dozens of birds in the hope that among their number will be that one creature that meets the textbook criteria and knocks the other contenders from their perches.

Meet a cast of extraordinary, real life characters who you really couldn’t make up. Their names come at you thick and fast as the film starts and it’s hard to keep up. Doug Bain washes a chicken in a grubby sink then puts it in a cage with a heater to dry it off. On another farm, his acolyte Mark Lilley and Mark’s pre-teen son Rhys discuss competing and winning. Elsewhere, young adult Sarah Bunton admits to dressing up chickens as a child and demonstrates the perils of getting a wing-flapping bird into a cardboard box for the night. And Graham Bessey, with a few missing teeth and a twinkle in his eye, proudly shows off his Barred Rock (a particular species) to camera. 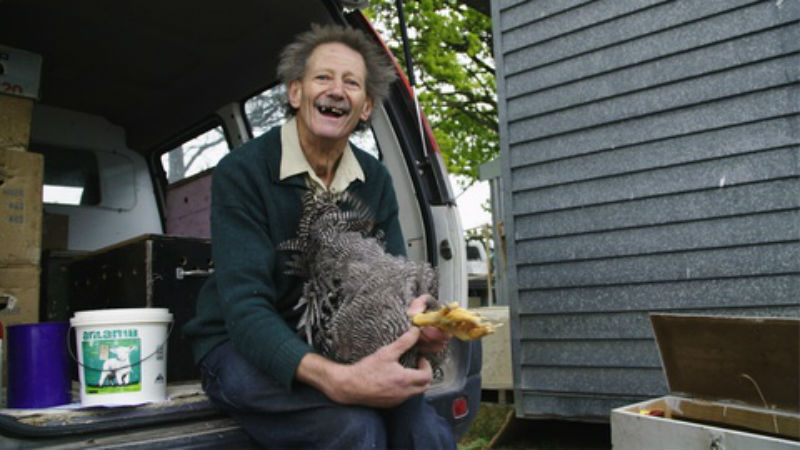 However all is not well in the Christchurch Poultry And Bantam Club. Doug is currently in charge following the death of its much loved president but some members who are less than satisfied with his leadership are plotting to unseat him. The fearsome Marina Steinke is pushing Mark towards taking over, but having taken some potentially prize winning birds from Doug in the past, Mark is less than willing to go through with this unless Doug voluntarily steps down.

As the documentary switches between these two parallel main stories, red headings stamped on crate wood backgrounds demarcate certain sections of the intertwined stories within the whole. These comprise legends like “Don’t count your chickens before they’re hatched” and “You have to break a few eggs to make an omelette”. What’s fascinating is that while to an outsider the chicken breeding game seems parochial and inward-looking, to those involved it eclipses all else. As a study of obsessives who take their bizarre subculture very seriously indeed, it makes for compelling viewing even if you don’t think you’ve the slightest interest in its subject. 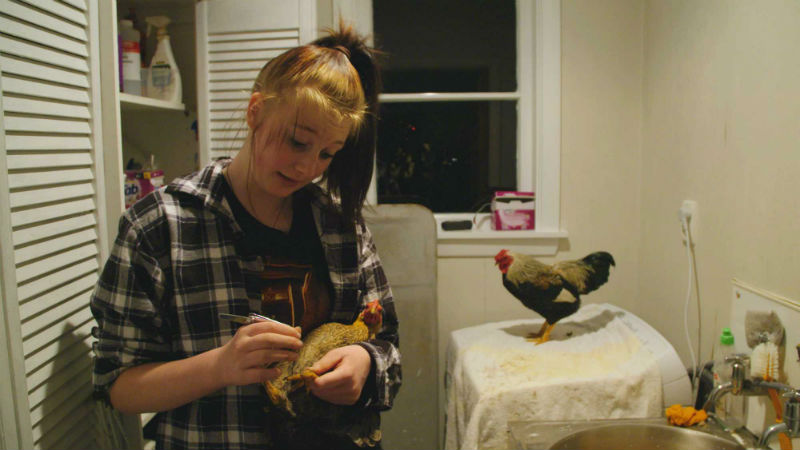 It helps that director Slavko Martinov injects the proceedings with just the right amount of wit to make you marvel at the ubiquity of human foibles, as prevalent here was in any other area of human endeavour. While the film is warm-hearted and loves its subjects, it doesn’t shy away from portraying the venomous sentiment lurking behind the attempt to unseat club leader Doug. You’ll be completely hooked by this strange world, its characters’ assorted antics and how everything turns out in the end. Without in any way demeaning its subjects, this film is an absolute hoot. You’ll leave the cinema with a wry smile on your face.

Pecking Order is out in the UK on Friday, September 29th.