Check out top five recommendations for the Raindance Film Festival, one of the largest showcases for independent cinema in the world, starting this week in London

The largest platform for the exhibition of independent cinema in the UK starts this week, for 12 days. The Raindance Film Festival is now on its 25th edition, and it’s hoping to welcome up to 20,000 visitors. It includes a vast selection of features, shorts, documentaries as well as industry events, talks and even a marketplace for industry pundits.

The Festival was established in 1992 by Elliot Grove, the immediately recognisable face running the event to this date. He’s pictured here with his usual silverfox and dark shades look, alongside DMovies’s director Victor Fraga. 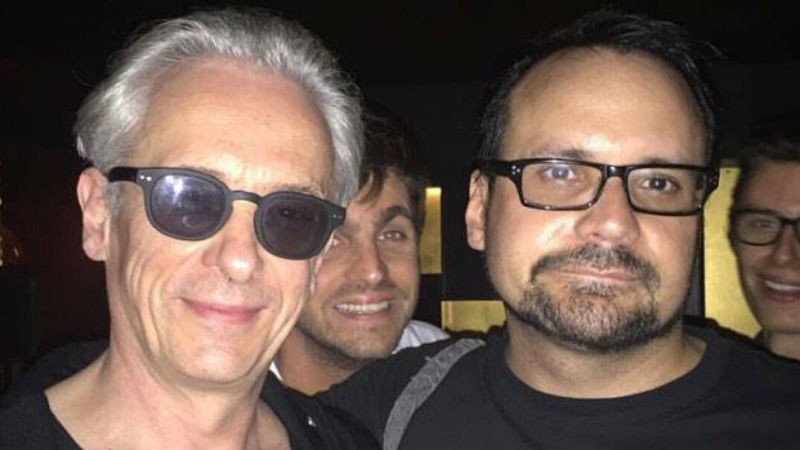 Click on the film titles in order to accede to our exclusive review of each dirty gem (well, at least the ones we’ve already seen) And don’t forget to click visit the Festival’s website for more information about the event, and in order to guarantee your ticket or Festival pass right now!

We unearthed this dirtylicious gem of transgressive-queer cinema earlier this film, when the film premiered at the Berlin Film Festival. Not since Polanski’s Repulsion (1965) and Patty Jenkins’s Monster (2003) have you seen such rabid females repulsed by man. They despise their odour, their presence, their proximity and their existence. They refuse to live in a phallocentric society. What’s more, they do not strive for equality, as they don’t want to mirror themselves against what they see as a corrupt establishment.

Bruce LaBruce’s latest film is a return to the politics of sex, which he explored in minute detail in Rapsberry Reich (2004), plus a commentary on extreme feminism. The female characters here seek “to reconcile the revolutionary need with sexual politics” by rejecting men and setting up their Female Liberation Army (FLA) in an unidentified remote location.

We uncovered this dirty gem at Tribeca (in New York), also earlier this year. It’s fair to say that the title film title has become far more accurate since Johnny expressed his support for Donald Trump, Nigel Farage and Brexit earlier this year. We just don’t know whether he has lost his grip on sanity or is simply infested with ego!

Filmmaker Tabbert Fiiller has worked together with Lydon for four and a half years in order to tell the story of one of the most influential lead singers of all times. Shortly after the Sex Pistols broke up, Lydon travelled to Jamaica. He was in search of who he could become as an artist on his own. But the truth is that John Lydon can never be a solo artist.

The documentary mentions PIL’s first concert in Brussels in 1978. It tells about the many problems John had because there wasn’t enough money to pay for the musicians. Some of his collaborators sampled some PIL’s songs in their own records. Fiiller shows statements and recollections from the past and current band members in order to fill in the gaps and add their own perspectives. Strangely, no film trailer is available. 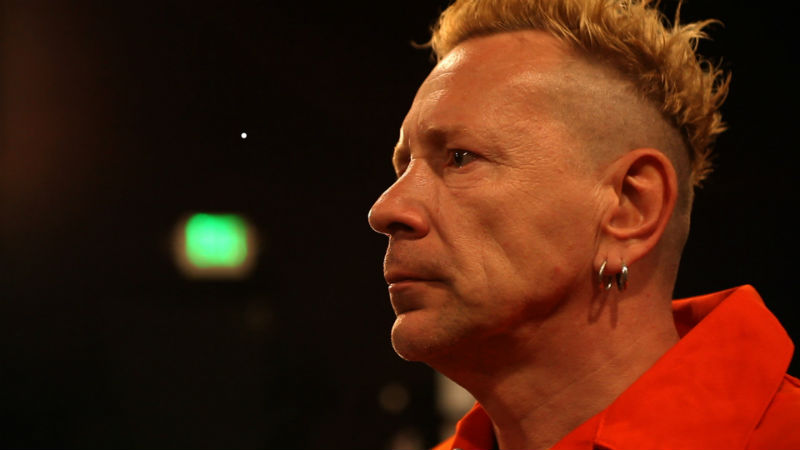 This one comes from last year in Venice, where it snatched the Critic’s Week prize. Shot in black and white and full of heavy metal songs and attitude, The Nobodies centres its narrative on a group of street artists planning to embark on a runaway road trip, leaving behind their tedious lives. The lyrics of the heavy metal tunes played by Pipa and his band elucidate their frustration. The system oppresses them, capitalism sucks, and so it’s time for a revolution, a new solution.

The film investigates the personal stories of the five young people (pictured above), and what triggered their revolt. Medellín is shining with activity, and yet their future does not look very promising. Some of them work as street artists in order to make pocket money. And somehow they feel that they don’t belong in their own homes.

This is one we haven’t seen (yet), but have reliably advised of its explosive content. Filmed over 7 years the film bears witness to the collapse of order and civilization in the Central African Republic, a country torn apart by civil war and coup d’états.

The filmmaker explains: “This is a very personal film. On a research trip and by chance, I came upon this book, which led me to seven years of filming. We visited and accompanied the people who described their suffering and shame in the book. Today, the book – along with thousands of other pieces of evidence of war crimes – is locked in the vault at the International Criminal Court in The Hague. The fate of the women and their children begotten by force is a tragedy the world turns a blind eye on.

“It’s estimated that, alone in the Central African region in recent years, more than 100,000 women have been violated during armed conflict. After the Rwandan genocide, approximately 20,000 children were brought to life with this background. The film was originally dedicated to the difficult attempts of women to regain a foothold after experiencing violence. However, the renewed outbreak of war in the Central African Republic abruptly rewrote the script”

We haven’t seen this one either, but we can’t wait to witness Isabelle Huppert play the mother of her real-life daughter. Barrage is a Luxembourgian film selected for the Best Foreign Language Film at the 90th Academy Awards. It’s not often that the small country draws attention at the event.

It goes like this: “Catherine (Lolita Chammah), a young mother struggling with substance abuse, is determined to rekindle her relationship with her estranged daughter, Alba, who has been in the care of Catherine’s strict and at times overbearing mother, Elisabeth (Isabelle Huppert), since she was two years old. Elisabeth is wary of allowing Catherine back into their lives but reluctantly allows Catherine to spend an afternoon with Alba. She has her own doubts about her unruly mother as their personalities clash.”

British warfare, Chinese nostalgia, Kosovo transexuals, Iggy Pop, Brazilian resistence and much more - we have selected the filthiest films of the year so you can sit back and enjoy them! [Read More...]