"Dirty gem"
Playing dirty war games: US troops carry out raids in war-torn European countries where genocide has been socially engineered, then relax off-duty to pizza and television - out in cinemas

This is sci-fi of the ‘soldiers in a combat zone’ variety (think: Aliens, James Cameron, 1986) and as such comes with all the trappings of fetishised hardware – cybernetic internet point-of-view readouts and high-tech military machinery – along with the standard ‘horror of war’ scenarios seen in, for example, that other animated war movie Waltz With Bashir (Ari Folman, 2008) – and desensitised, shoot ‘em up scenarios in which the protagonist guns down 30 or so child/teen warriors and a girl in underwear (the latter the sexual plaything of a middle-aged man).

Genocidal Organ starts off with the levelling of Sarajevo in a nuclear blast wherein victims include the wife and child of a man named John Paul who is having sex with Czech language teacher Lucie Skroupova in a Prague hotel room when the blast hits. Although when you first see these images, you don’t know exactly what’s going on – it only makes sense later. 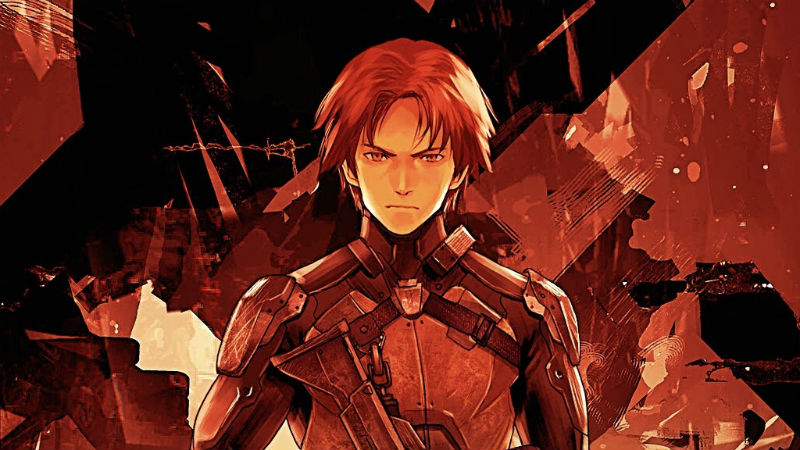 It also echoes Missing (Costa-Gavras, 1982) in which a US citizen’s search to find his missing daughter in Chile following the 1973 coup eventually comes up against the US authorities “protecting a way of life”. For the US to flourish, other countries have to suffer. Something similar happens in Genocidal Organ when the two off-duty soldiers relax to American football games on widescreen television with home delivery pizza. In order to protect that world of casual consumer satisfaction, they operate in a very different world of Eastern European states collapsing into war zones. The two worlds co-exist, the collapsing states ensuring the survival of the way of life in the non-collapsing ones.

Captain Clavis Shepherd must pursue John Paul, a language expert whose travels have left in their wake a trail of nations overthrown by genocide. His research has unearthed ways of speaking and associated speech patterns which can cause populations to lapse into social breakdown. Shepherd’s big lead is Lucie Skroupova, the woman with whom John Paul had an affair. 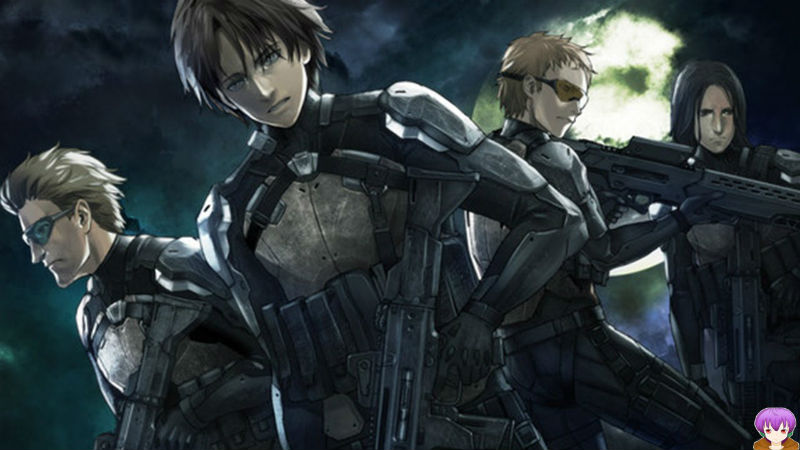 En route, the plot takes us through a Czech nightclub where the digital currency and identity trackers in use elsewhere have been abandoned to give customers genuine anonymity. Fetishised hardware geeks in particular will enjoy the terrific sequence in which soldiers in pods are dropped into battle zones, their pods firing at/shooting down the enemy as the soldiers descend from the skies.

Finally, the ending satisfyingly closes off the narrative with a hint that it may presage an unexpected twist in the tale.

Given this is about American troops in Bosnia, the Czech Republic and East Africa (near Lake Victoria), the English subtitled version proves initially confusing in that the protagonists are not Japanese but rather US and European nationals. The Japanese language presentation would no doubt work well for the domestic Japanese audience – and, for that matter, the Western purist who wants to watch their anime subbed regardless – however, in this instance, the US-centric subject matter might have benefited from dubbing into US American English and other relevant languages (with subtitles where necessary). As it stands, this subtitled Genocidal Organ proves confusing in places for an English-speaking audience. Yet it still packs a hefty punch.

Genocidal Organ is out in the UK on Wednesday, July 12th.