"Dirty gem"
Try walking in my shoes: Italian classic set just before the turn of the 20th century is a harsh reminder that social mobility is an affront to the elites, and that those too busy surviving hardly have the time for political engagement - out in cinemas this week

This dirty Italian classic takes place almost entirely in the farming areas of Bergamo, and it’s spoken in the local dialect, Bergamasque. One doesn’t need a lot of translation, however, to get to the core of the picture, which is universal. The Tree of Wooden Clogs is about a society deprived of almost everything but the will to live.

The film introduces four families that work for a landowner and barely manage to survive. The director Ermanno Olmi, a local himself, does not provide a clear-cut plot and arc in order to guide viewers, but simply portrays an ordinary year in the lives of these extremely poor people.

A lot happens in these 12 months: a peasant’s son is granted education, a couple falls in love and marries, one worker is robbed, a sick cow recovers, and so on. They’re fragments of life, a small glimpse into a microcosm that Olmi- who based the screenplay in stories told to him by his very own grandmother – treats with the uttermost respect. 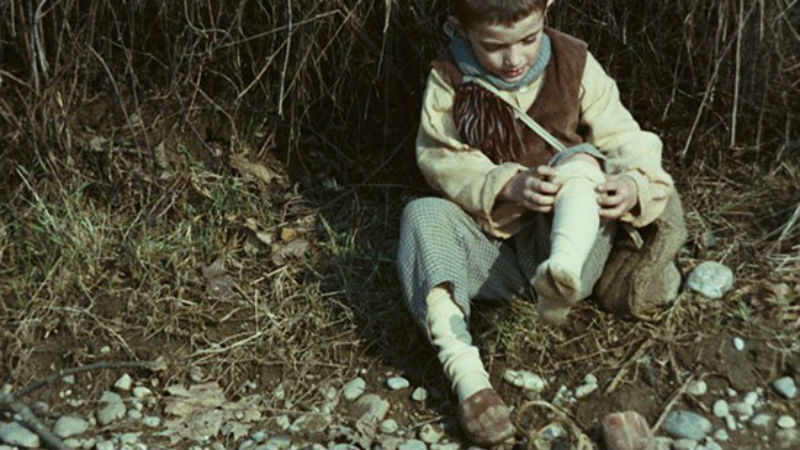 Despite the family connection, Olmi’s approach to the subject matter is not sentimental, instead borrowing a lot of devices from Italian neorealism. The movement, which exploded in the 1940s, favoured stories focused on people living in poverty and used non-professional actors, just like The Tree of Wooden Clogs. Most remarkably, Olmi’s film and neorealism are both very politically engaged.

It’s no coincidence that the film takes place in 1898. The years preceding the turn of the century in Italy were marked by the social unrest that followed the country’s unification, with widespread sectarianism. Interestingly, these peasants are mostly oblivious of the political turmoil and the possible benefits that they could harvest from the conflict.

They get hints that something is happening. A communist speaker comes to a local fair and gives a passionate speech about his cause. A newlywed couple travels to Milan and witnesses a political arrest. But political action is not a top priority for people without education and obliged to make use of almost anything available – such as rocks and wood – in order to cater for their most basic needs. In other words, these peasants are too busy surviving.

If that situation brings to mind any contemporary issue, it’s because it signals the timeless quality of Olmi’s picture. His characters depend on the benevolence of their landowner for almost everything and, surely, political enlightenment is not high on their agenda. Out of all the working families, only one person goes to school. No government is ever at sight, which might help to justify their lack of interest in politics. 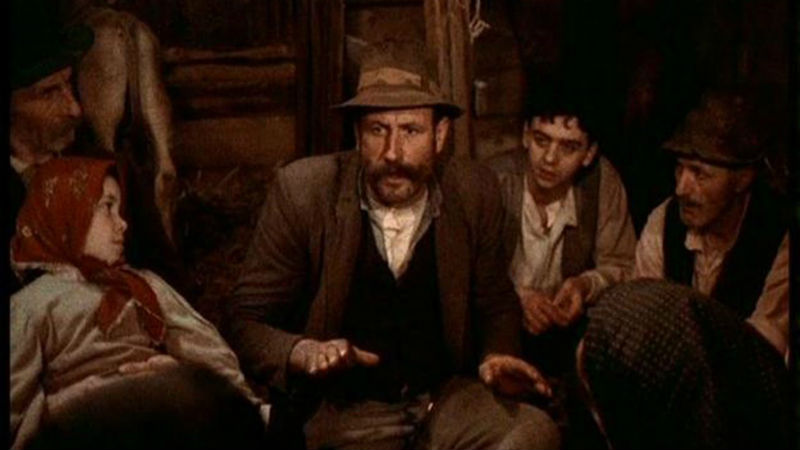 Even so, the longing for something different is pervasive. It’s in the music that the landowner plays, in the salesman that comes around telling tales of distant lands, in the odd foreigners that they meet in a party.

The film title refers to the tree cut by a peasant in order to make shoes for his son to go to school. The landowner promptly punishes him for what he perceives as a very subversive deed, thereby reminding his workers not to challenge the status quo of the time. Poor people just shouldn’t go to school. Such relations are still pervasive even in our hyper-connected and modern times.

The Tree of Wooden Clogs is out in cinemas across the UK on Friday, July 7th – nearly 40 years after its initial launch in 1978 and when it won the much-coveted Palme d’Or in Cannes.