Eighty-year-old Winnie Mandela was once dubbed the “South African version of Jackie Kennedy” for her role as Nelson Mandela’s wife. But her radical acts in the liberation of South African people under Apartheid made her even more emblematic than the North American first lady. The difference between her and Jackie, whose biopic was released a few days ago, is that she is a Black woman. Her story was frequently mistold and she was often vilified.

Filmmaker Pascale Lamche presents a new portrait of Winnie, using archive footage and new interviews that shed a brand new light on her biography. Winnie herself recounts many events of her past: she describes how she lived for the 27 years while her husband was in jail. She was not the type of person who could cower in silence. She continued the fight against the Apartheid regime and was arrested several times, too.

The Boers considered Winnie a dangerous leadership for her people, and never stopped spying on her and her family. Lamche talks to an officer of Stratcom, the propaganda arm of the South African regime. He reveals that he had no qualms about using criminal practices in order to monitor Winnie’s rebel steps. His lack of remorse is comparable to the perpetrators of the 1965/66 Indonesian killings discussed in the doc The Act of Killing (Joshua Oppenheimer, 2012). Criminals feel entitled to the most unthinkable hostilities when they act on behalf of a regime. 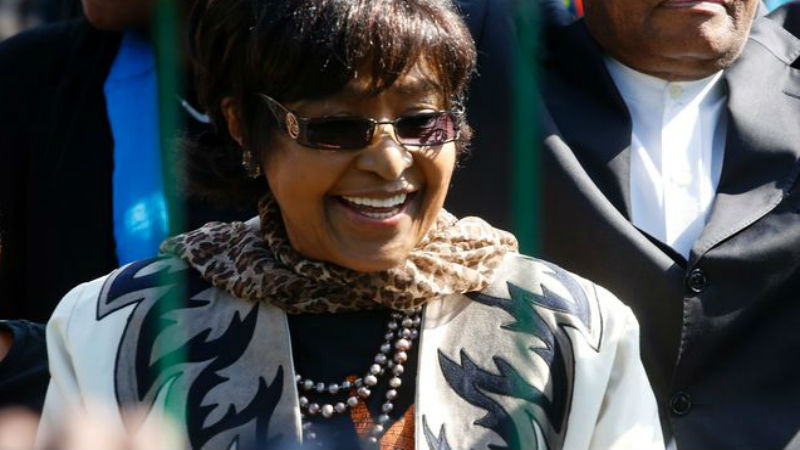 Winnie Mandela was forsaken by her fellow activists many times, making her very skeptical of people, particularly in politics. She was far more mistrustful than her husband Nelson, the movie reveals. Perhaps that’s because he lost touch with reality, having been imprisoned for so long. It was Winnie who filled him in on the news during this time. So he used Winnie’s glasses when he gave first his first speech as a free man, in an act full of symbolism.

Winnie never left behind her socialist values, while Nelson made plenty of controversial concessions in order to be elected President of South Africa. She remained very powerful and influential, and her highly ideological stance could damage her husband, which may explain they divorced. She was also accused of having an affair, and of being involved in the murder of a child.

Winnie, the documentary, unearths what the recent history in South Africa sought to sepulcher and conceal from view for good: the influence of women in the battle for human rights. It premiered earlier this year at the Sundance Film Festival, when this piece was originally written. It is showing on Saturday, September 23rd at Hot Docs London.

Johannesburg is a city of violence and shattered dreams where three very different migrant stories interlock - from the Cambridge Film Festival [Read More...]