"Dirty gem"
The wrath of the wheelchairs: three Hungarian handicapped men rise against exclusion and prejudice by taking arms... and embracing a life of crime - this comedy-drama out in cinemas this week will derail your notions of disability

A hybrid between action and comedy, Kills on Wheels also flirts with the language of comic books – some scenes are introduced in storyboard-style. It plays with multiple genres and cinematic devices in very innovative ways.

The three protagonists are disabled, two of them wheelchair-bound. They live in a clinic adapted to their special needs. And they are not very happy with their lives. They want some adventure. The opening scene is a frenetic sequence of a brawl between the three. The images grab you by the neck. You won’t leave the cinema until the film ends. And you’ll need some time to sober up from the dizziness. 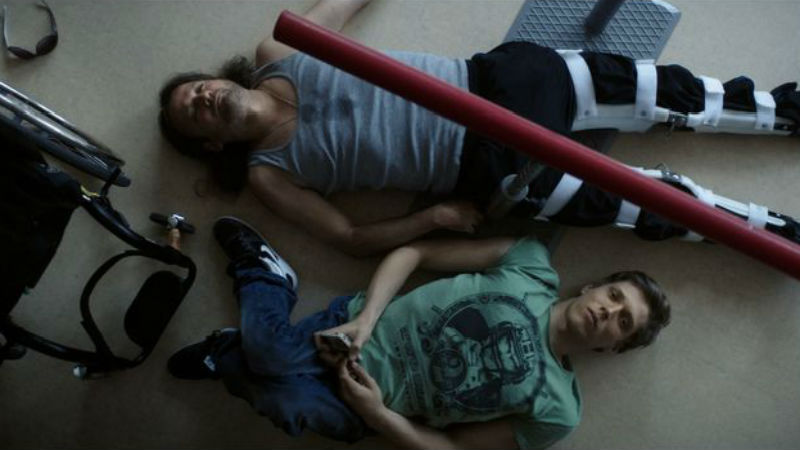 The film is keen to represent diversity on the silver screen, not because it portrays a minority, but mainly because the disabled behave, feel and desire just like the able-bodied. Some very awkward habits can reveal that there is little difference. Barba Papa (Fekete Ádám) wants a girlfriend. He wants neither to pay for a date nor to go out with one of his carers. Both hookers and carers are used to dealing with the disabled and there would be no “discovery”. Love has to be about discovery, right? Whenever Barba is nervous, he sprays deodorant on himself. It might attract the right girl.

Rupaszov (Szabolcs Thuróczy) used to work as a hitman for a Serbian gangster. He is still in the mafia even after the accident that left him paraplegic. There is an element of black humour here: how can a paraplegic be threatening? Rupaszov convinces two of his new friends to help him in his killings. From that moment on, the films constantly takes turns, ranging from the creepy to the thought-provoking. Kills on Wheels is a phenomenal register of the struggle against invisibility, rejection and prejudice. 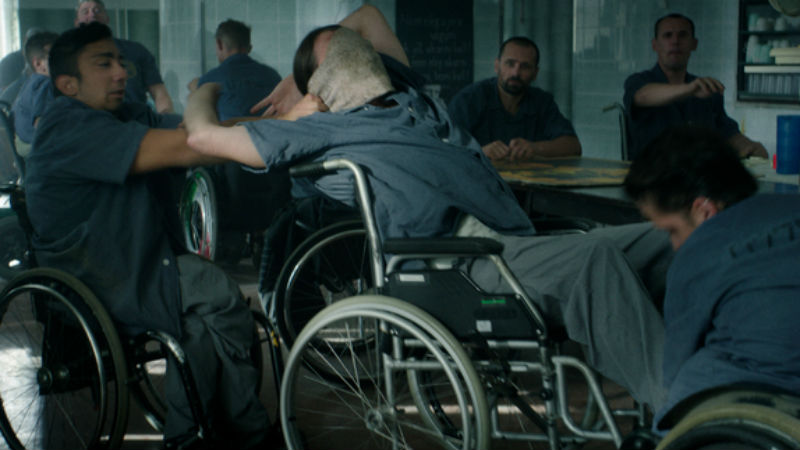 For cinema lovers, the feature is a masterpiece, with a myriad of creative script-writing devices. The images of one of the characters in bed facing the camera is repeated several times and each time it acquires a new meaning. The unfolding events in the film will add new flavours to the sequence. The soundtrack and the score by Csaba Kalotás add to the dynamism and nonconformism of the movie. There is rap for anger, blues for nostalgia, and so on. To top it all up, there is an unpredictable twist in the end, which ties neatly with the film opening – it will make you want to stay attached to your seat for a very long time.

Kills on Wheels showed in the BFI London Film Festival of 2016, when this piece was originally written. It’s out in cinemas across the UK on Friday, September 15th 2017.

Todd Haynes's latest excels in ingeniousness and technical wizardry, supported by outstanding performances and elegant photography, but the story gets a little diluted in its own complexity - now available for digital streaming [Read More...]